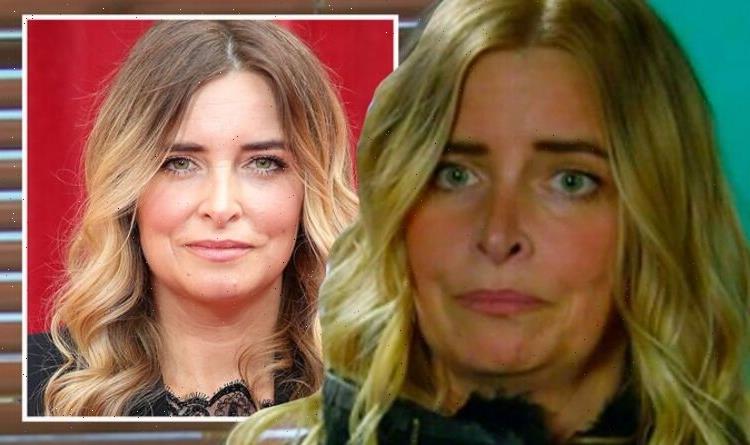 Emma has played Charity on and off for over 22 years, with the character being at the centre of some of Emmerdale’s most high-profile storylines. Most recently, the village vixen bought the deeds to the Woolpack pub and has entered into a rivalry with her family for practically buying them out. The ITV soap star does keep her life away from the camera very private but there are some details in the public domain about her partner and their family life.

Who is Emma Atkins married to?

It is thought the actress is not currently married and has not tied the knot in the past, unlike her character who has walked down the aisle several times.

Emma is in a relationship with her partner of umpteen years, Tom, who is also the father to the couple’s six-year-old son, Albert.

The pair welcomed their first child together into the world on 31 March, 2015, when the actress took a break from the show.

Not much is known about Tom as the beloved soap star doesn’t discuss her private life in interviews or share much about it on social media.

With regards to her pregnancy, Emma kept it a secret until she gave birth to her son, which resulted in her having to hide her bump whilst on set.

At the time, her character was going to be sent to prison but writers didn’t want viewers to know she was guilty until transmission.

By the time she left the show to take maternity leave, the mother of one was eight months pregnant and in case anyone noticed her bump, the character gave birth behind bars.

With an extremely secretive private life, it is not known how they met or whether the couple is planning on marrying each other in the future.

During an interview in 2015, the actress did offer some insight into her private life when she spoke about the birth of her son.

The soap star said at the time on behalf of herself and Tom: “We’ve had a lovely healthy baby boy. He arrived just before my 40th birthday, which was the best present.

Managed to balance it

“I’m so delighted,” she told The Sun before speaking in another interview about how she manages to play Charity and be a mother.

“I was trying to learn my lines yesterday and Albert was really grabbing everything! It was so messy.

“But I have managed to balance it – I don’t know how,” she told OK! Magazine but Tom has not spoken publicly about their relationship or their son.

The couple lives in a cottage together in North Yorkshire and also have a dog named Ringo but the rest of their private life remains a mystery.

It is not known how long Emma and Tom have been in a relationship together but in many reports, he is referred to as a “long-term partner.”

Although she now lives up North with Tom, when she quit the role of Charity in 2005, Emma moved to London to explore new opportunities.

Emma explained: “I went to live in London for five years and I loved it. I enjoyed that time so much. I was basically a jobbing actor and got to do bits of theatre and some voice overwork.

“It was character building and it was something I’d always wanted to do after leaving university.”

“I got the part on Emmerdale before I finished my course at Salford University, and it was always a little dream of mine to live in London for a while,” she continued.

“During my time down there, I did a small play just off Leicester Square and I used to cycle in every evening for the show. I felt so happy,” she told Digital Spy but it is not known if this was where she met Tom.

The actress also opened up about her private life when talking about the fanbase her alter-ego has built up over the years.

Emma said: “I try to keep a balance on social media. With my son Albert and my dog, and between cooking and learning lines, I miss a lot of what goes on out there!

“I will occasionally have a look on Twitter. It is really lovely and the feedback is always upbeat and friendly.”

On social media, the actress doesn’t share much about her family life at all as she posts pictures of her photography work.

The soap star is an avid fan of being behind the camera as well as acting in front of it and she shares her hobby with over 170,000 of her followers on Instagram.

As Emma’s partner is only referred to by his first name, it is not known if he has social media and shares more of his life with the mother of his child on there.

With regards to her relationships on-screen, Charity has just broken up with her boyfriend and fellow troublemaker, Mackenzie Boyd (Lawrence Robb).

She is now trying to pursue things with Vanesa Woodfield as it is evident the pair still have feelings for one another.

At the moment, it is not yet known if happiness is on the horizon for Charity or if she will continue to be unlucky in love.

Emmerdale airs weekdays at 7:30pm on ITV, with an hour long episode airing on Thursdays.