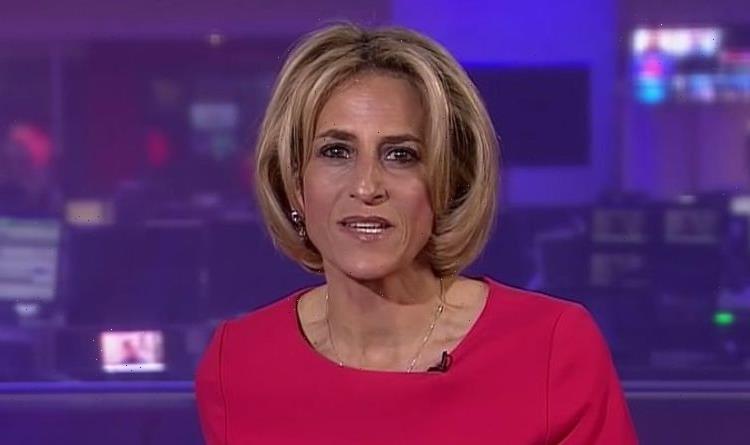 BBC Newsnight presenter Emily Maitlis has been urged by former BBC editor Tim Luckhurst to apologise for her “partisan comments” about the Government. The rebuke came after Ms Maitlis denied any “breaching of impartiality” rules and accused the corporation of giving in to political pressure from Downing Street in an interview with Press Gazette last week.

Ms Maitlis repudiated two judgements made against her, which held her responsible for showing bias against the Government.

Speaking on GB news, Mr Luckhurst insisted that Emily Maitlis should “apologise and withdraw” comments about the Government wielding editorial control over the BBC.

He went on to say: “But let’s take the truth as it is portrayed to us by the BBC. It’s not the government that has asked Emily Maitlis to back down and apologise. It’s her own editor, her own editorial board.

She said at the time: “The country can see that, and it’s shocked the Government cannot.”

The BBC then issued a statement saying this introduction did not meet their “standards of due impartiality”.

However, in an interview with Press Gazette last week, she did not regret the incident and said:  “It hasn’t ever been explained to me what was journalistically inaccurate about that”.

Ms Maitlis then said she was given a four-hour window to give an apology after a call from Downing Street.

In response, Mr Luckhurst said: “If her own management team thinks that she has done something which is unacceptable in a Newsnight presenter, she should have the humility to acknowledge that on this occasion.

“She’s revealed political colors that compromise her and her programme, and that she should back down and move on. That’s what I want to see happen.”

Following the publication of Ms Maitlis’ interview with the Press Gazette, a BBC spokesperson said: “Nothing is more important than our impartiality.

“All BBC journalists must abide by the BBC’s editorial guidelines and social media rules. There are no exceptions. We will be taking this up with Emily.”