The actress posted a cheeky snap to Instagram as she soaked in the tub after coming second on I'm a Celebrity. 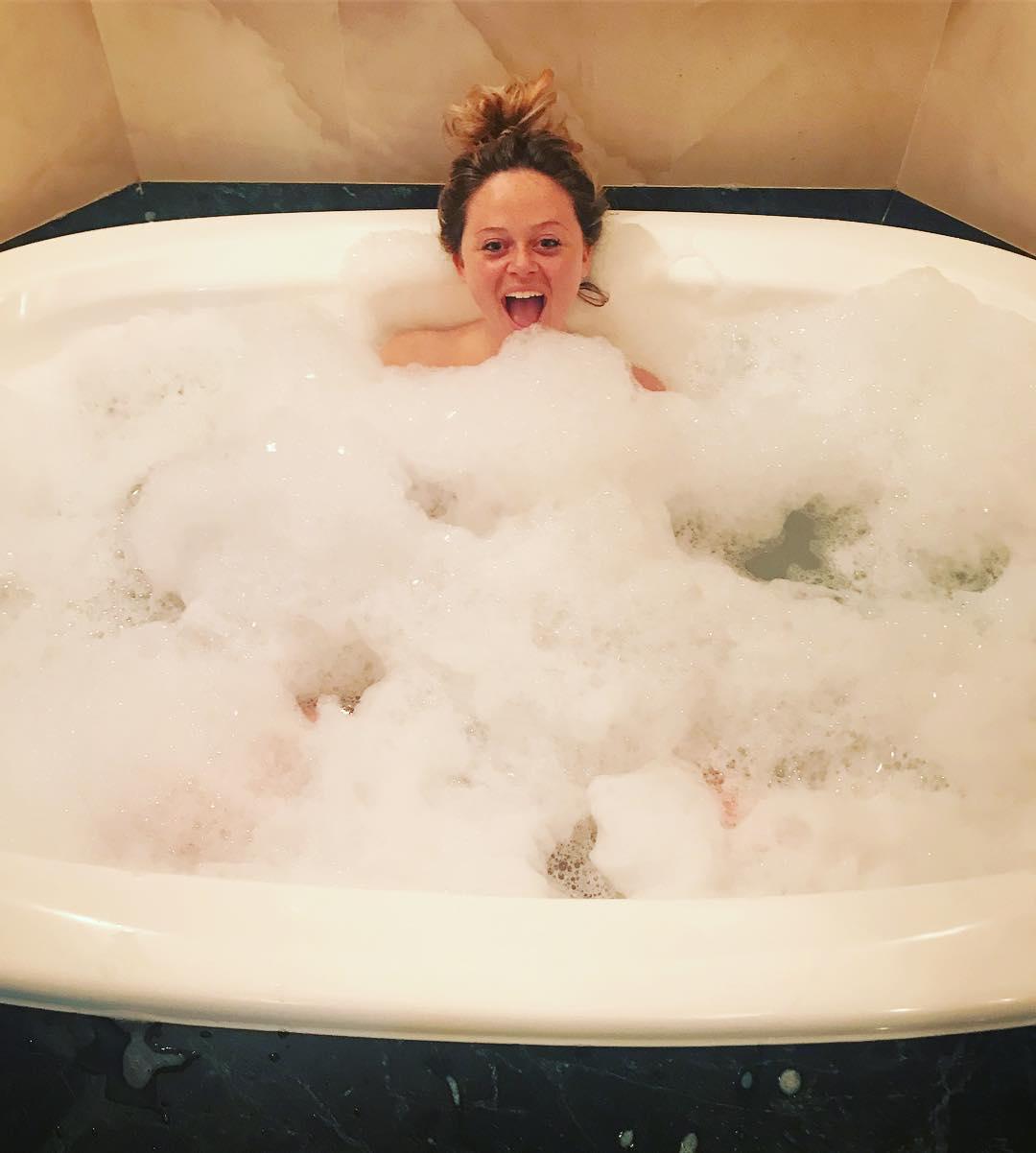 Her fans appreciated the pic, with one writing: "room for one more?"

Later she revealed her jungle stint left her covered in hundreds of insect bites as she scrubbed up for a post-jungle photoshoot. 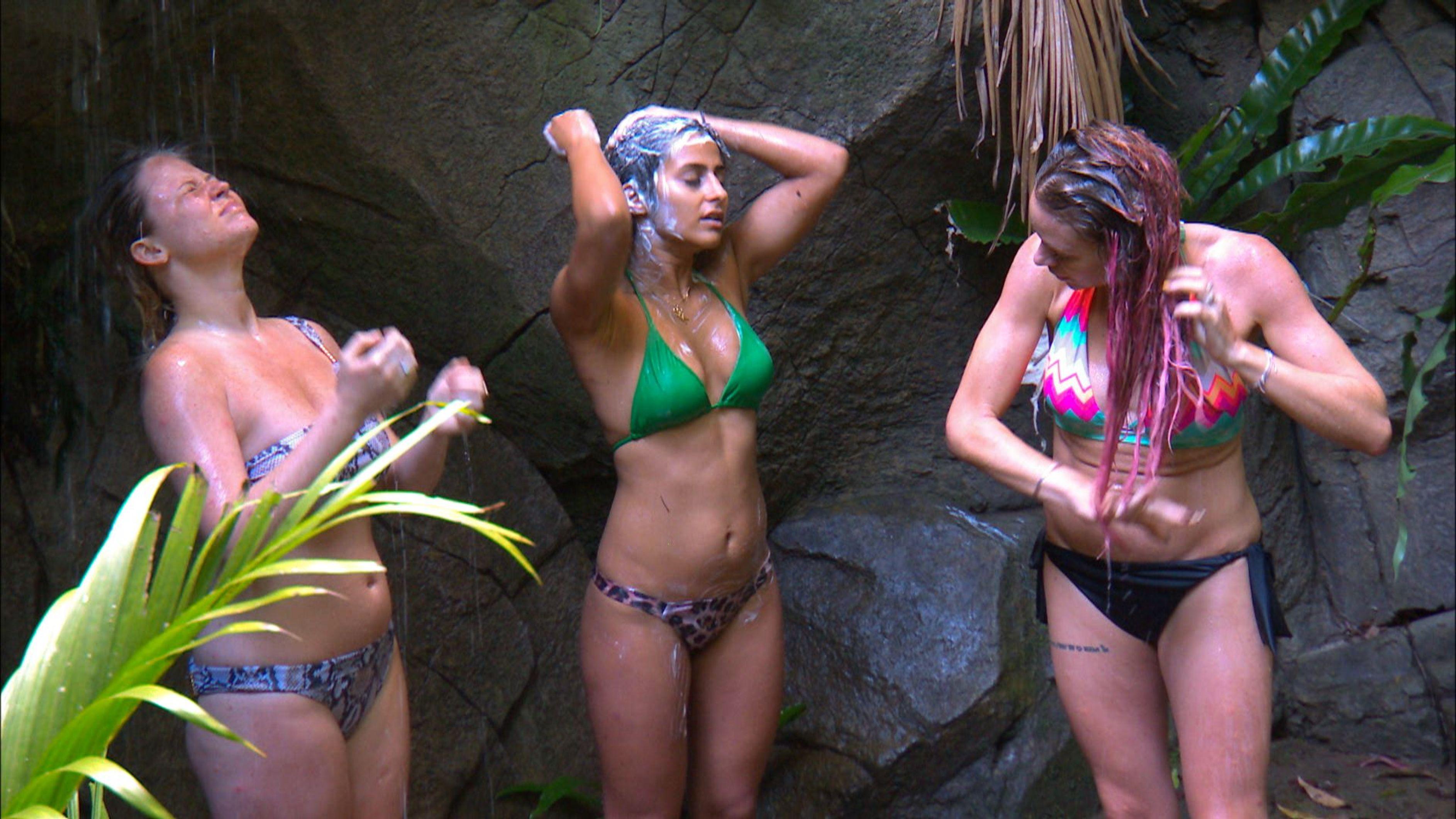 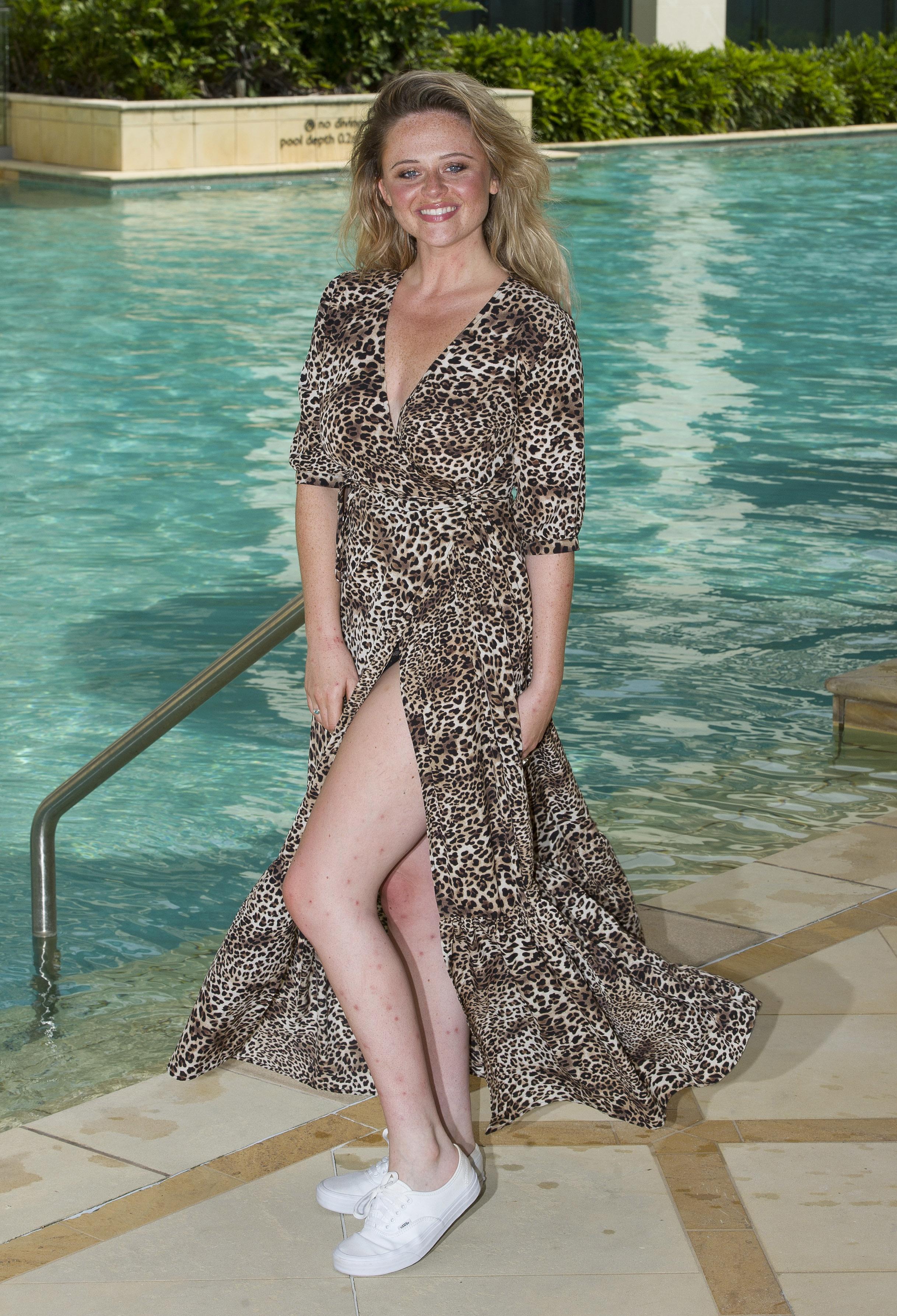 The actress may credit her stint in the jungle with giving her back her confidence but she also took home some seriously painful stings.

Emily, 28, posed in a leopard print wrap around dress after leaving the jungle and being reunited with her make-up bag,

The former Inbetweeners star showed off her impressive half-stone weight loss as she happily smiled for the cameras at the Versace hotel in Brisbane.

But despite her glam appearance, Emily showcased hundreds of painful looking bites on her legs and arms.

The star had clearly been ravished by critters during her stint in the jungle which saw her finish as runner-up.

Emily looked remarkably fresh-faced and seemed to not show any signs of a hangover from the raucous after-party the night before.

She stepped out in a bright pink maxi-dress and yellow heels as she celebrated her return to civilisation. 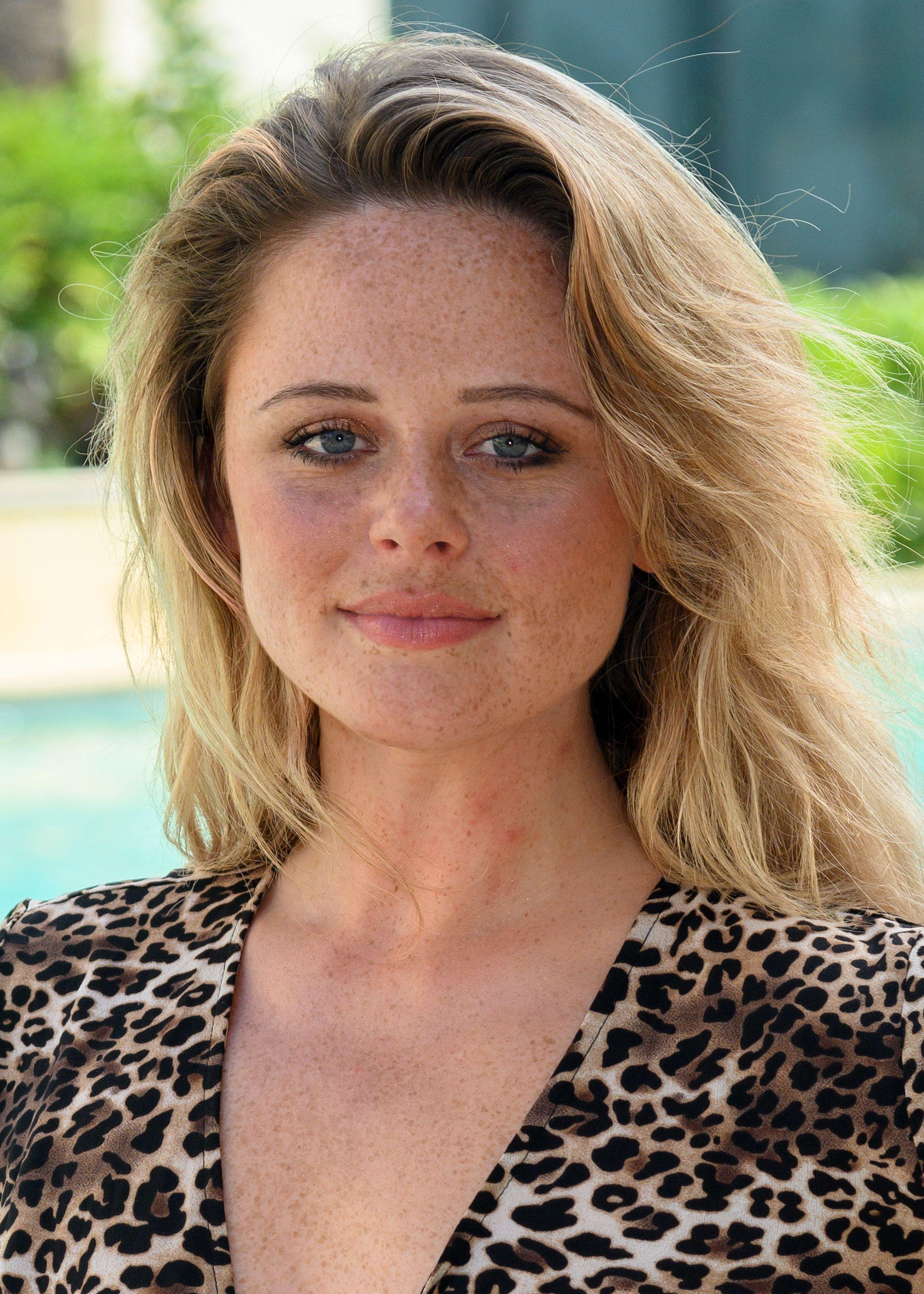 The campmates let off weeks of pent up steam at the official wrap party and after-party – and so wild was their evening that they sparked complaints from fellow hotel guests.

The celebs were told to rein in their celebrations as they got a little too carried away at the party.

Fans of the ITV show saw Harry Redknapp, 71, crowned King of the Jungle during the final on Sunday night – and the cast and crew enjoyed some food and drinks at a surf club near their accommodation at the Palazzo Versace Gold Coast hotel.

A source told The Sun Online: "The wrap party went on for ages and it’s no secret that the cast got very rowdy with friends and family.

"Everyone was really excited to see each other and it was a really fun party.

"But a lot of the campmates hadn’t drunk any alcohol for ages and had been eating rice and beans, so some of them got really tipsy very quickly.

"When they got back to the hotel, the staff had to remind them to keep the noise down so they didn’t disturb the other guests.

"It’s a really posh place and people pay a lot of money to stay there!"