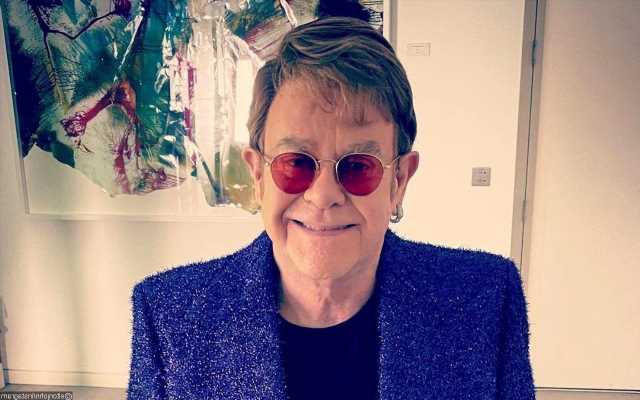 ‘From the Top: Olympians and Rockstars’, which is set to premiere on August 16, will first see Yungblud getting skateboarding tips from Sky Brown while she gets guitar lesson from him.

AceShowbiz –Elton John has married his passions for music and the Olympics for a new TV series. The rocker is the executive producer of “From the Top: Olympians and Rockstars”, which will bring pop stars and athletes together to share skills.

The Olympic Channel original series will premiere on Monday, August 16 with Yungblud and skateboarder Sky Brown.

The teenager, who won a bronze medal at the Tokyo 2020 Games, will teach Yungblud skateboarding tips while he gives her a guitar lesson.

The new show will feature four more pairings, which will be announced in the coming weeks.

“There has long been an inextricable connection between music and sport, two worlds that often come together for cultural moments around the world,” Elton said in a statement. “With that in mind, I am thrilled to work with the Olympics to continue to inspire fans around the world and showcase the next generation of incredible talent, from the podium to the stage.”

Meanwhile, Olympian Brown admits she had a great time hanging out with Yungblud.

“It was so much fun spending the day with Yungblud,” she says. “I had the chance to teach him some skateboarding basics and then I got to see him perform. It was so cool! I loved teaming up with the Olympics to share my story and show girls around the world that they can do anything boys can do – they can even do it better!”

Olympic Channel GM Mark Parkman additionally enthused, “Musicians and athletes travel similar paths to achieve their greatness. Our goal in creating ‘From the Top: Olympians and Rockstars’ is to inspire young fans around the globe to achieve their own success and make their own mark on the world.”