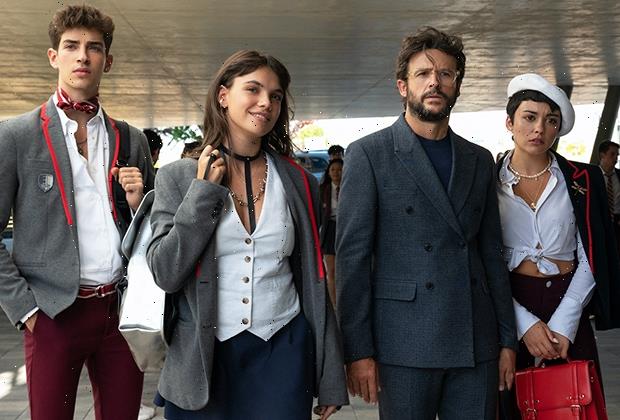 Elite is going back to school this summer: Netflix’s Spanish-language teen drama will return with Season 4 on Friday, June 18. The streamer announced the date on Twitter Monday, along with eight new photos from the upcoming episodes.

The show’s Season 3 finale concluded with the exits of four fan-favorites: Lu (played by Danna Paola) and Nadia (Mina El Hammani) moved to New York to continue their educations; Carla (Ester Expósito) inherited her family’s wine business; and Valerio (Jorge López) took the reigns of Carla’s new venture. (Polo, of course, wasn’t so lucky and was accidentally killed by Lu.) As for the characters sticking around for Season 4, Omar joined his boyfriend Ander (plus Samuel, Guzmán and Rebeca) as a student at Las Encinas, while Cayetana became the school’s new janitor.

As previously reported, the series has already been picked up for a fifth season by Netflix, with Argentinian actress Valentina Zenere (Cable Girls) and Brazilian actor André Lamoglia (Juacas) boarding the ensemble.

Elite fans, are you ready to re-enroll at Las Encinas? Hit the comments with your hopes for Season 4!