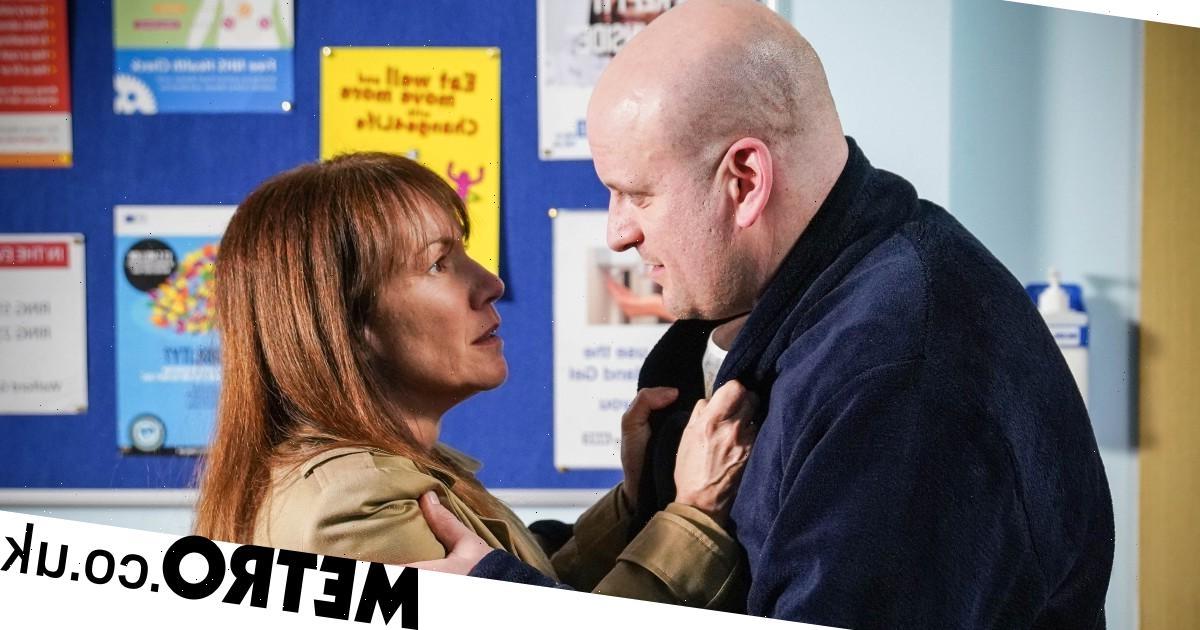 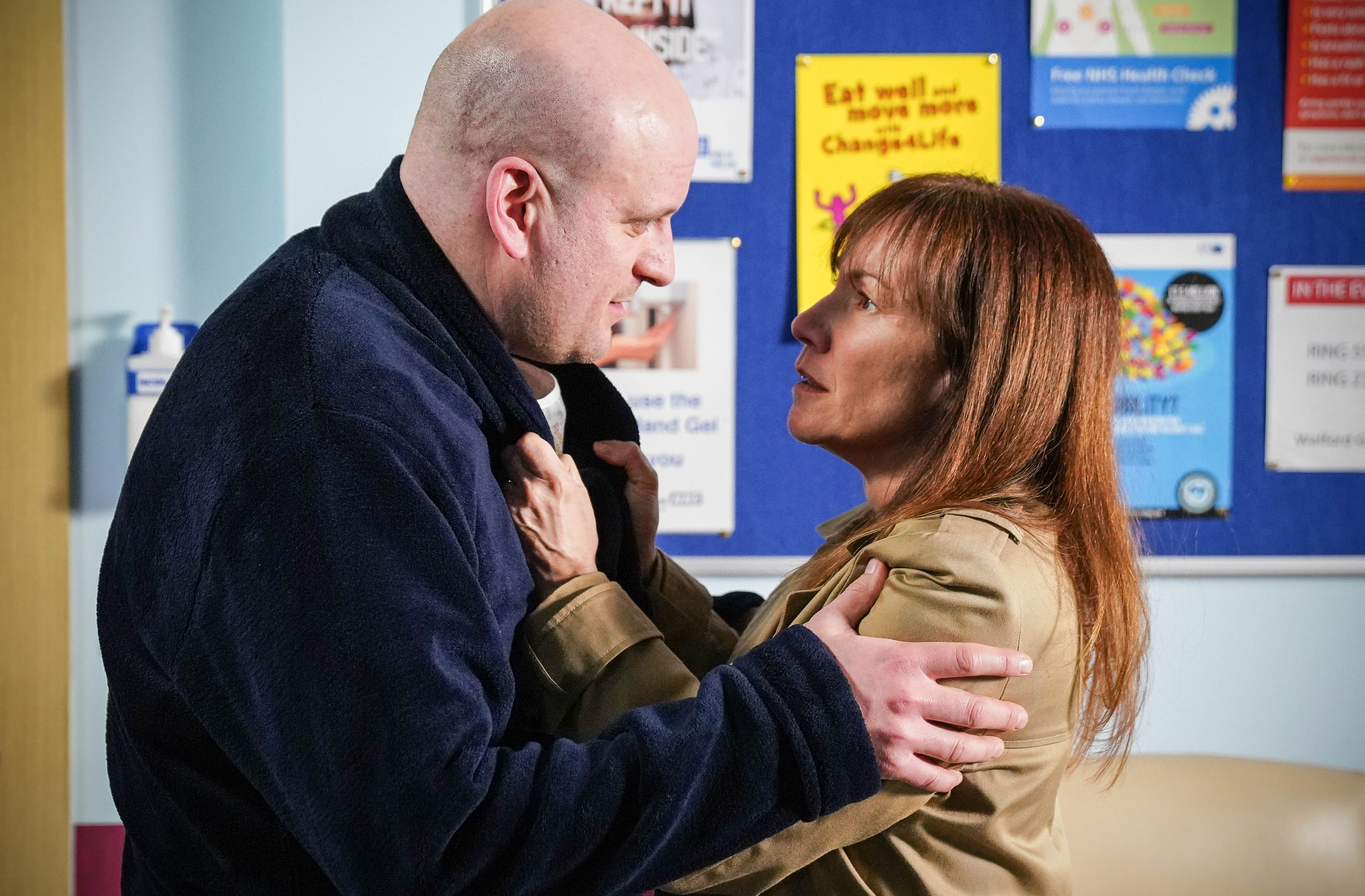 Rainie and Stuart Highway (Tanya Franks and Ricky Champ) face a tense time in tonight’s EastEnders, as they wait to hear Bernie Taylor’s (Clair Norris) final decision over handing over the baby boy she gave birth to in last night’s episode.

An emotional Bernie was all set to say goodbye to the newborn until Rainie owned up that, despite what she said earlier, Stuart isn’t beating his cancer. She realised she couldn’t let the young woman honour their agreement on a lie, leaving Bernie stunned.

Money was Bernie’s motivation for being a surrogate for the Highways, as back when she got involved with their bid to have a child, her family were struggling financially. When she returned to Walford earlier this week, Bernie told Rainie and Stuart that she would need the cash as soon as the baby was born. But now she is left confused by Rainie’s admission.

Viewers know that Stuart has been refusing hospital treatment for breast cancer, terrified by the thought of relying on painkillers after having the surgery he desperately needs.

He has only recently returned after fleeing Albert Square to seek holistic treatments – but although Stuart insisted he was now getting better, his consultant revealed the cancer was progressing and he needs the operation urgently.

During this turbulent time, Stuart’s grandmother Vi (Gwen Taylor) returns, expecting to meet her great-grandchild. She is surprised when Stuart admits this may not be an option, and Rainie later confides in Vi over the situation.

Rainie is terrified that thanks to her husband’s attitude, she will lose him. Now Vi is back, she becomes determined to help. But can she make a difference with Stuart where Rainie and Callum have so far failed?

Amid the drama, Stuart will meet up with new acquaintance Warren, who continues to urge him not to trust the medical approach. But when his nan gets involved, will Stuart reconsider his stance?

And what will Bernie’s final decision be? Will she decide to keep the baby, or go ahead with the original plan?

EastEnders continues Thursday March 31 at 7:30pm on BBC One.