EastEnders viewers have seen Sharon Mitchell (played by Letitia Dean) go to great lengths to try and keep the truth about her imminent new arrival’s real father under wraps. However, as things are becoming increasingly tense with Lisa Fowler (Lucy Benjamin) also in the know, could Sharon kill to keep her and Keanu’s affair a secret?

Last week saw viewers left in shock as Sharon finally decided to let the truth slip to Lisa after convincing the residents of Walford that she was lying.

Lisa had used Mel Owen’s (Tamzin Outhwaite) funeral to reveal that Phil Mitchell (Steve McFadden) is not the father of Sharon’s baby.

However, she was not believed as Sharon and Keanu (Danny Walters) convinced the rest of Walford that she was unwell, which led to Lisa checking herself into a psych ward.

A panicked Sharon managed to convince her husband that Lisa was making it up but she knows she will have to do something drastic in order to stop Lisa from telling the Mitchells what she knows. 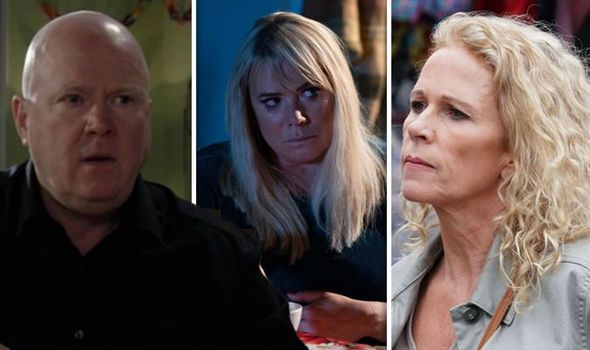 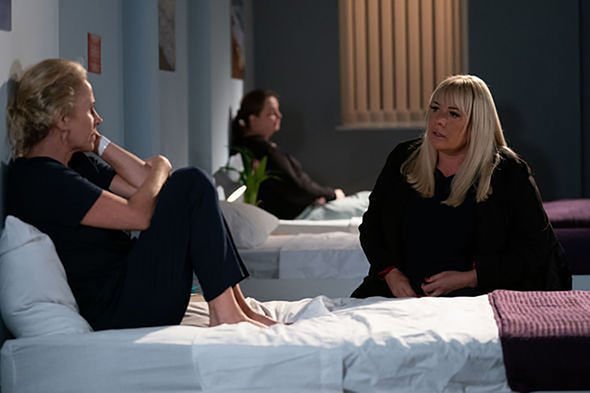 Phil has been becoming increasingly suspicious in recent episodes, but he has still stuck by his wife as she has rubbished Lisa’s claims.

A shock twist came at the end of last week when Sharon decided to reveal the truth to Lisa in a dramatic turn of events and demanded Lisa keep it to herself.

Lisa has come close to rumbling the pair’s infidelity but has felt conflicted due to her daughter Louise’s (Tilly Keeper) newborn baby with Keanu.

Viewers saw her step-daughter Louise go into a premature last week and she was left frantic after her newborn baby stopped breathing. 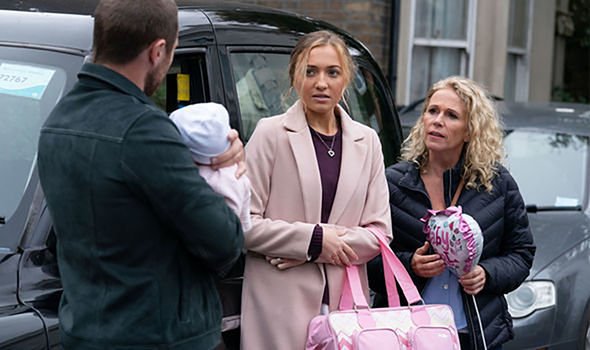 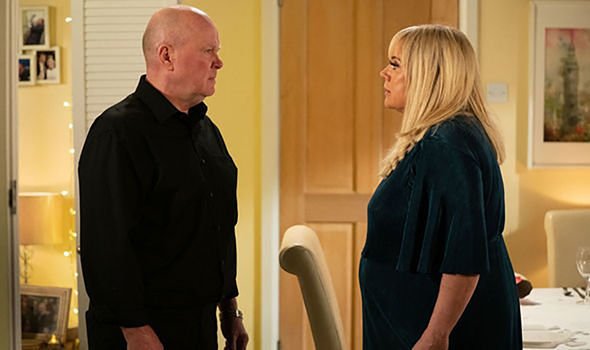 Luckily, the doctors managed to step in and fix the issue in time, but it seems things are set to get dramatic very quickly.

Lisa seems determined to tell her daughter Louise Mitchell (Tilly Keeper) the truth as the latter continues to worry about her mum’s mental state but does not want to ruin her relationship with her.

Things are set to hot up in upcoming episodes as Christmas in Walford is promised to be particularly explosive for the Mitchells and Taylors as they will be dealing with the fallout of Sharon and Keanu’s affair.

This means Phil is soon to discover that his wife is giving birth to a baby that doesn’t belong to him.

Fans of the soap have watched Sharon go to extremes to protect her secret from the rest of the Square.

Based on her recent behaviour, it is clear Sharon will do anything to stop her future from being ruined but what could this lead her to do?

Sharon could plot a deadly revenge for Lisa in a final bid to stop the truth from coming out as she is set to give birth imminently.

Lisa is set to leave the soap in the next couple of months, so could Sharon be behind her departure as she is running out of options?

Tilly Keeper also announced her exit last week but it is not yet known what will lead her to leave the Square.

In a statement, she said: “I have loved playing Louise Mitchell over these past few years, and I feel honoured to have been part of such an iconic show.

“Working with our incredible cast and crew has been a joy and I shall miss my EastEnders family greatly.”

Soap bosses have promised an intense showdown between Phil, Sharon and Keanu will ensue as Phil is finally confronted with the truth about his wife’s affair.

As Louise, Lisa and Keanu will all be saying goodbye to Walford in the next couple of months – will they all make it out alive?

EastEnders continues tomorrow at 7.30pm on BBC One.