The 58-year-old actress – who plays Stacey Slater's (Lacey Turner) bi-polar mother – has sparked speculation her character will be diagnosed with cancer after being rushed to hospital. 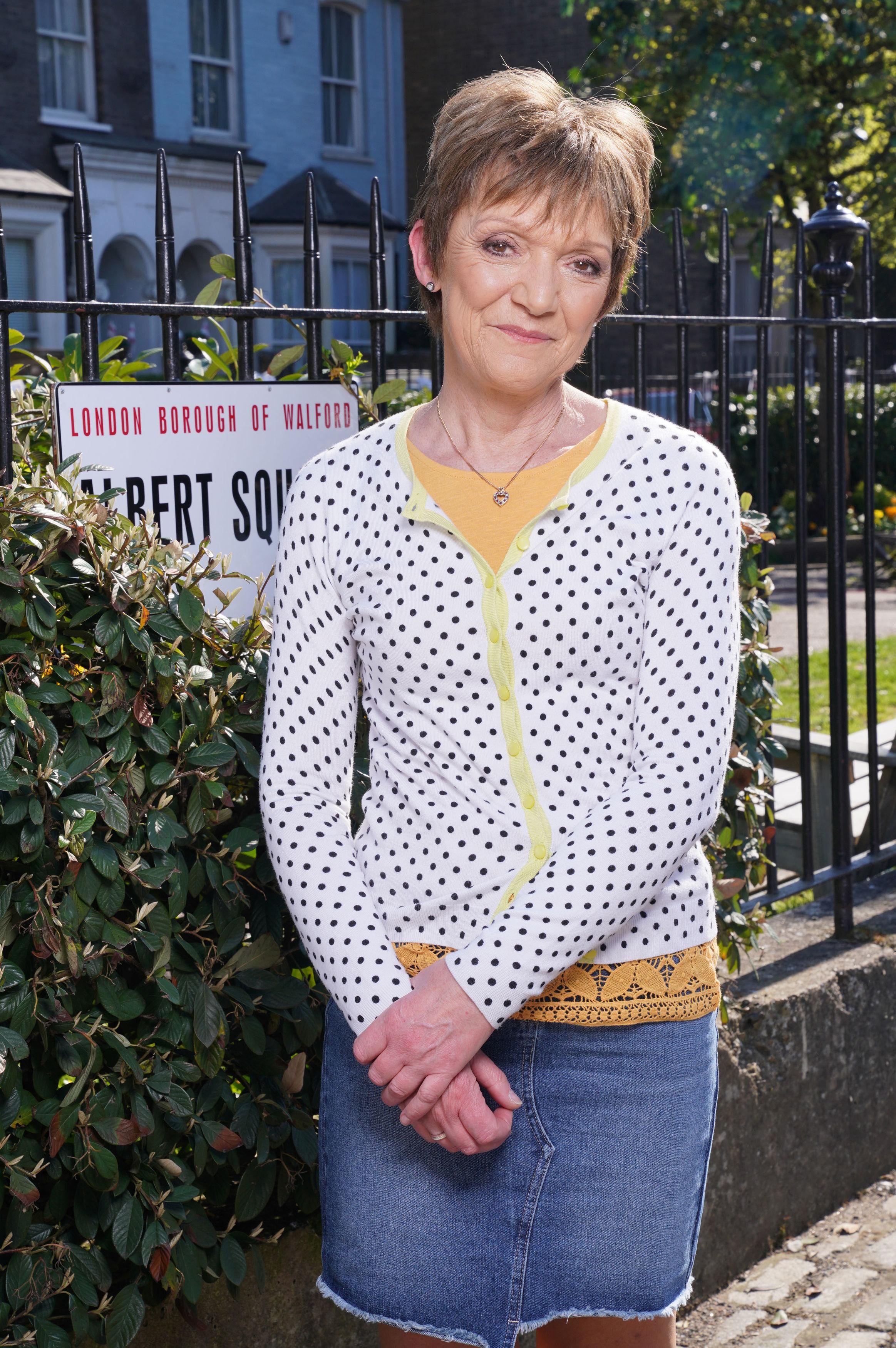 Images of the star filming future scenes capture her looking concerned wearing a fluorescent pink quilted jacket, with a fur gilet on set, beside an ambulance.

Gillian's on-screen children, Stacey and Sean (Rob Kazinsky) can also be seen on standby during filming.

Lacey was captured storming across Albert Square towards her mother with a worried look on her face.

While a separate photo captures her inside the emergency vehicle. 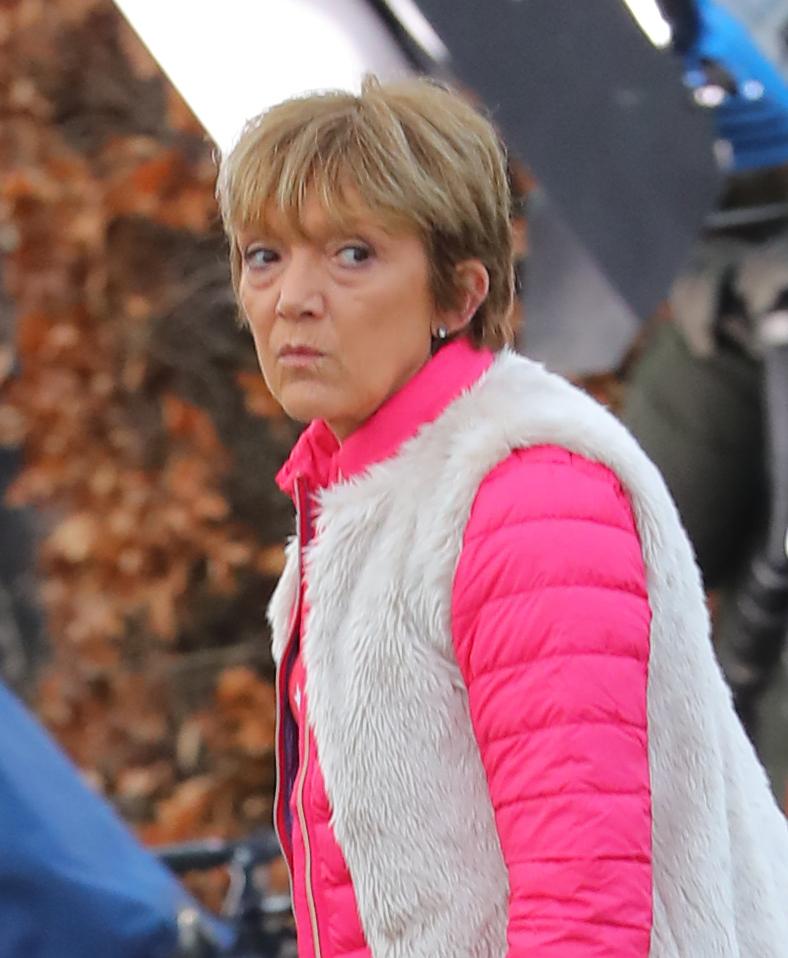 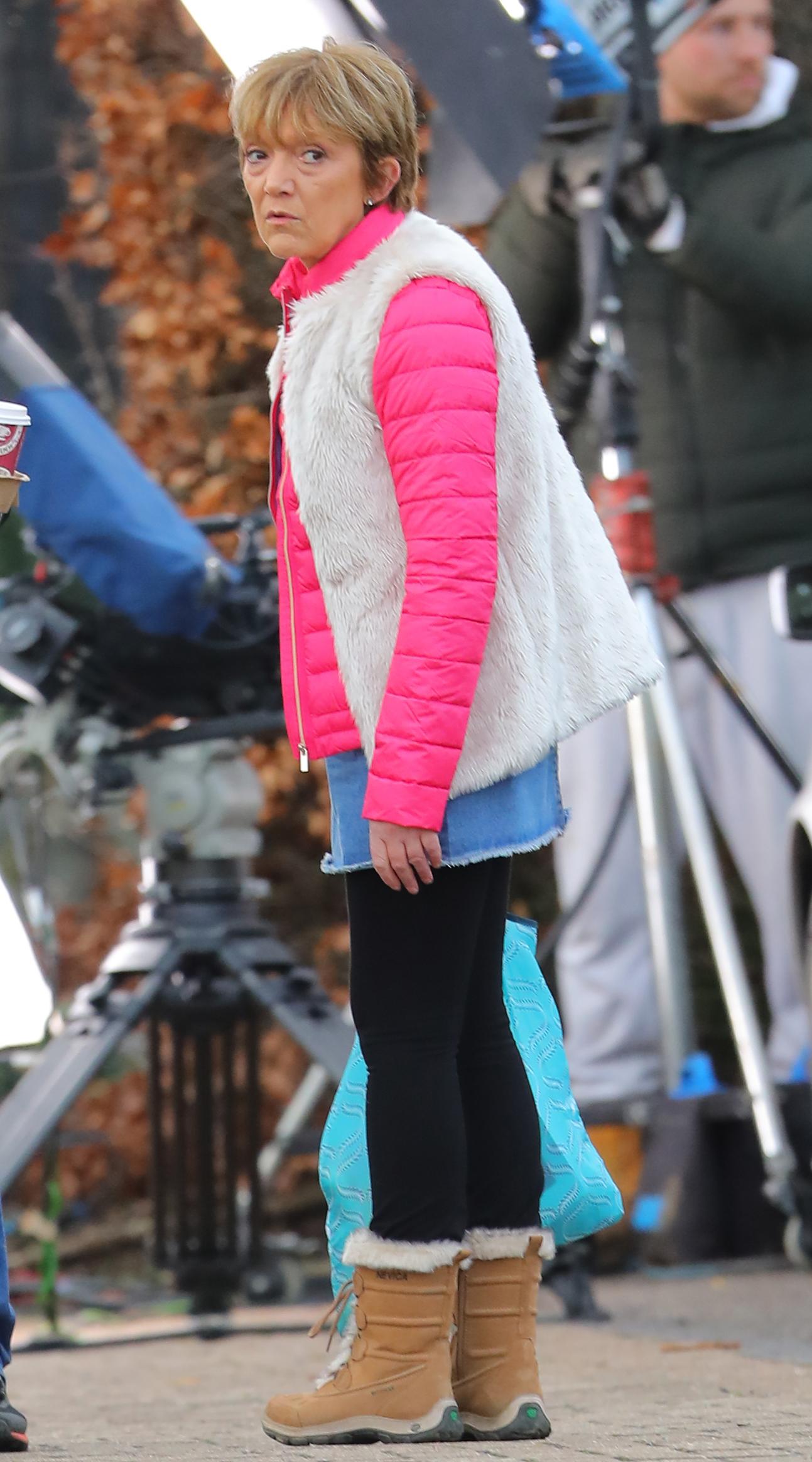 A string of other photos capture Lacey taking a brief break from filming as she sips on a drink and rehearses her lines with a script in hand.

Lacey is braced for the cold weather during the moments filming is cut as she slips back into a green parka jacket and black beanie hat for warmth.

Another image captures Rob wearing a grey hooded jumper, black quilted bodywarmer and jeans on set near the stables where his character is now working.

The Pacific Rim hunk has his head bowed as the intense scenes, which are believed to capture the moment Jean is taken ill and whisked to A&E in an ambulance, are recorded. 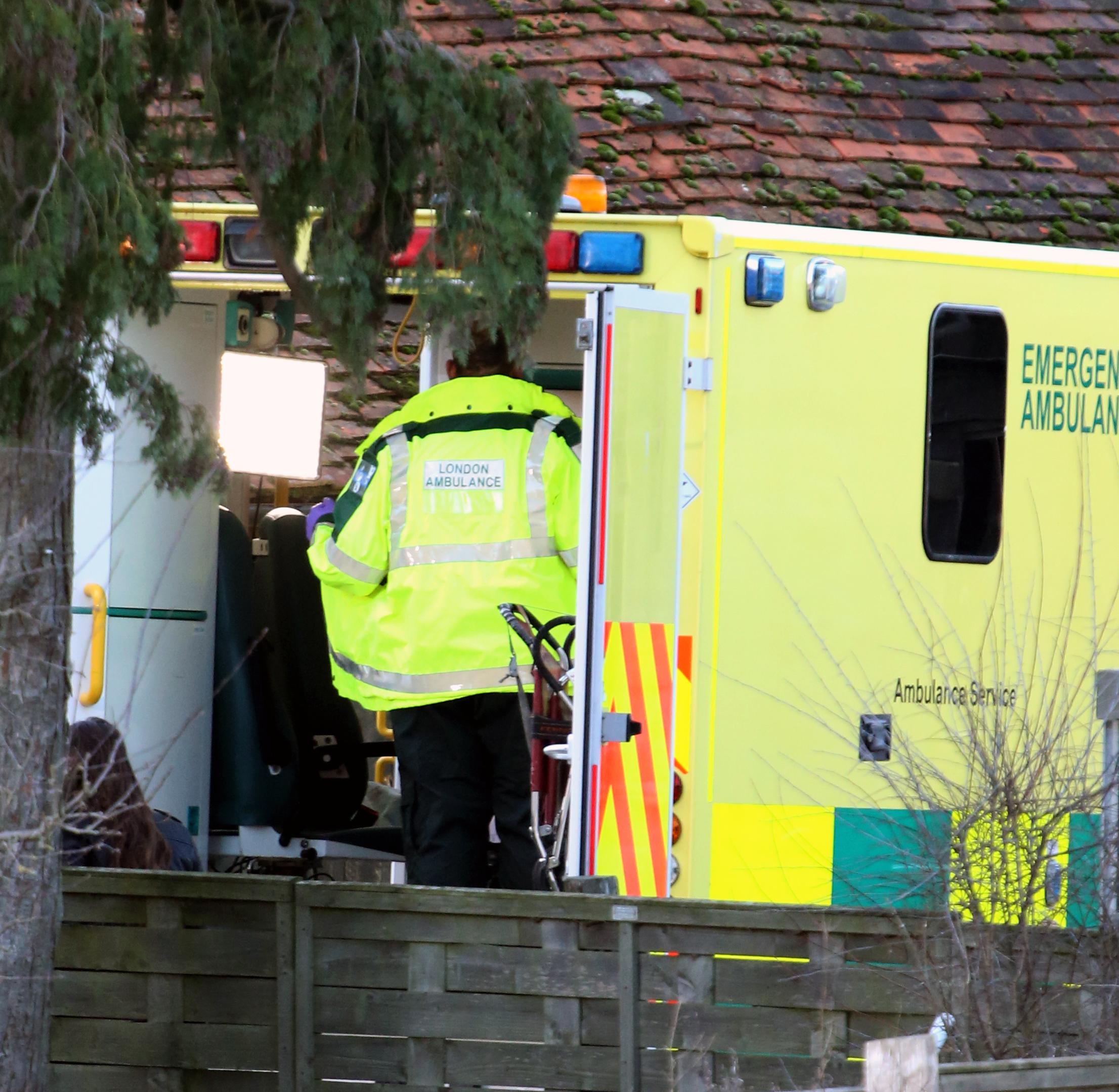 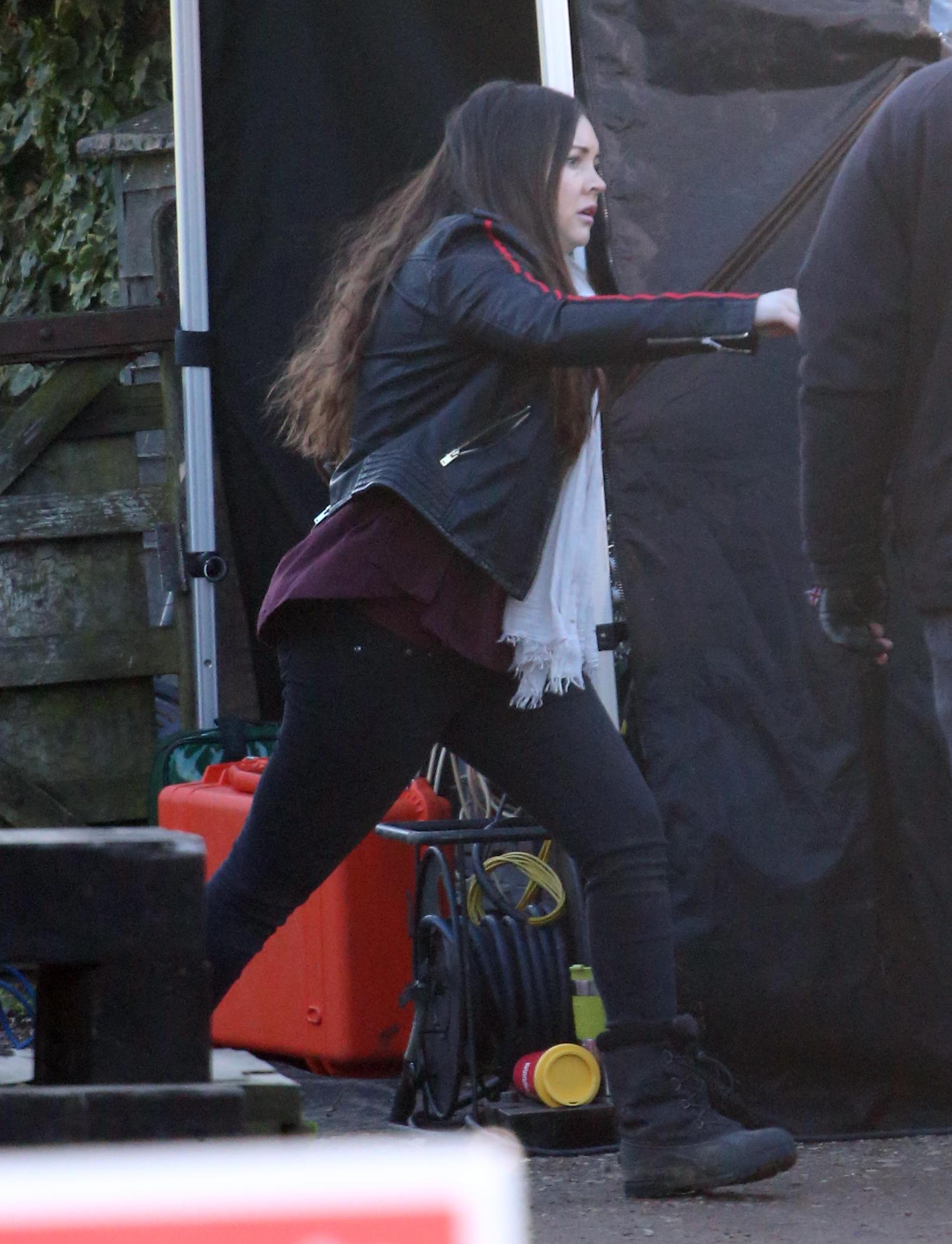 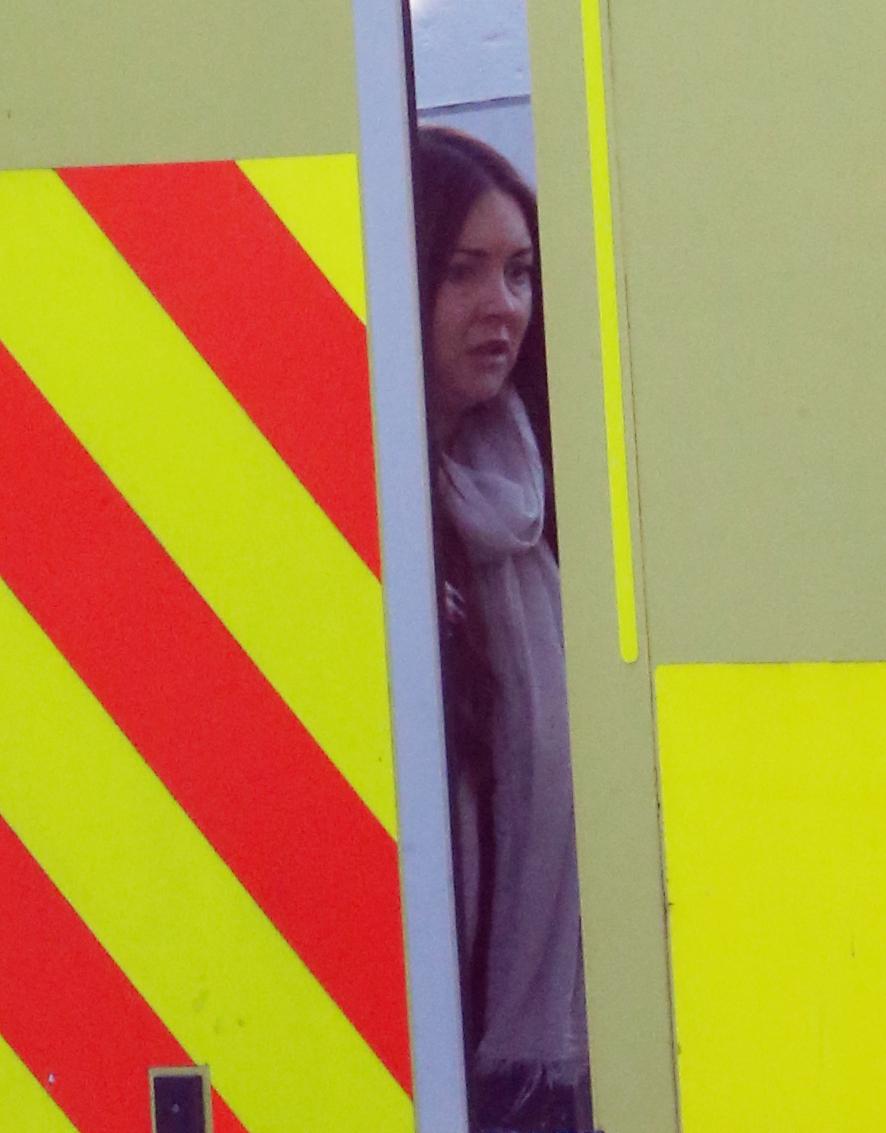 Jean has been at the forefront of EastEnders storylines in recent weeks, as she has enjoyed a brief romance with Ian Beale, which she swiftly called time on, and was embroiled in the gripping storyline surrounding Hayley Slater's (Katie Jarvis) pregnancy.

When Gillian joined Walford in 2004, she battled with bi-polar and was sectioned after attempting to commit suicide.

But Jean is not the only member of the Slater family who is tipped for dramatic storylines. 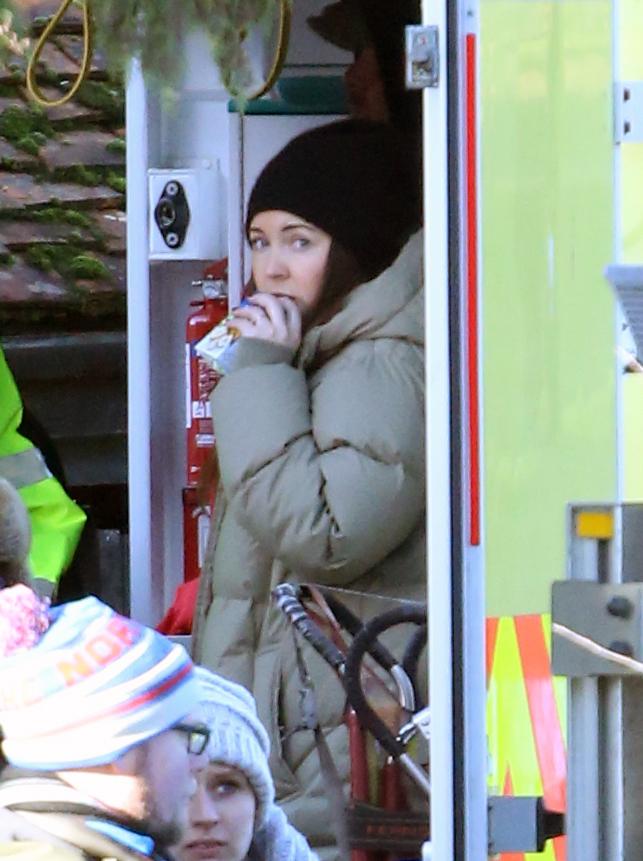 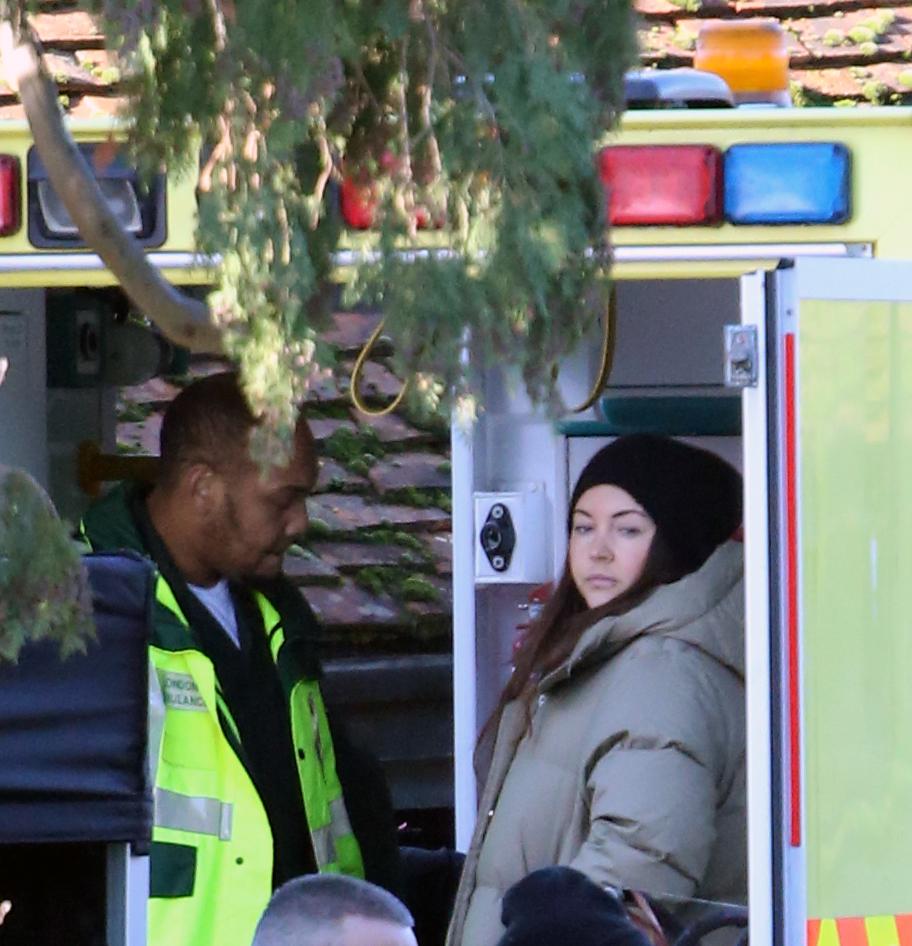 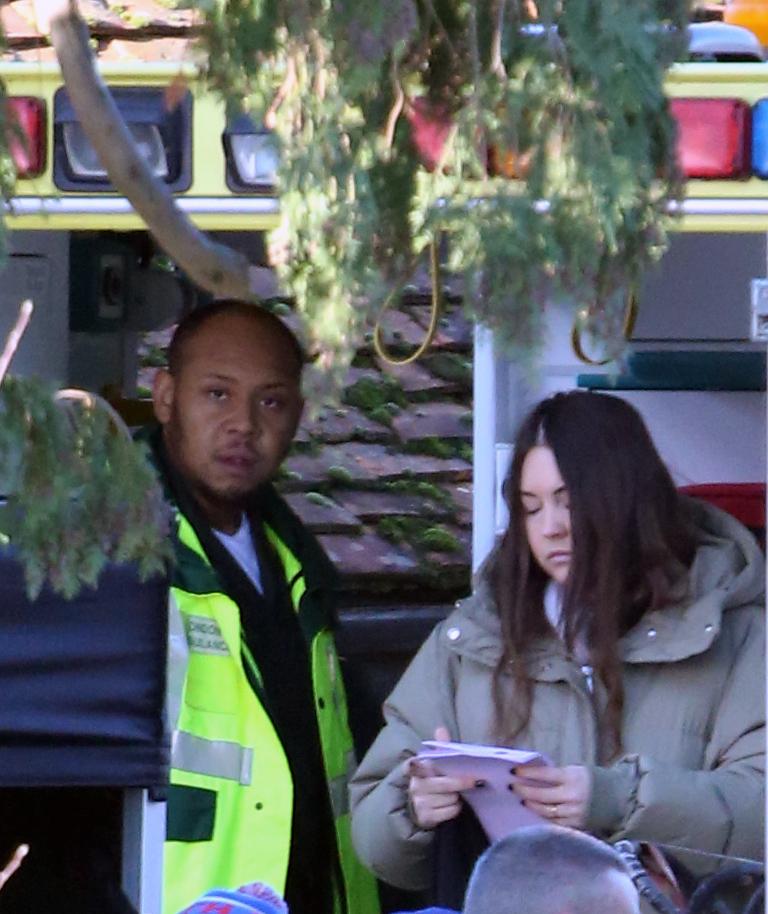 Rob has reprised his role as ex Army soldier, Sean, after 10 years away from the soap.

In previous images that have been released, he can be seen mourning the loss of his late partner Roxy Mitchell, before he gets into a fight with Jack Branning.

EastEnders airs every Monday, Tuesday, Thursday and Friday on BBC One.