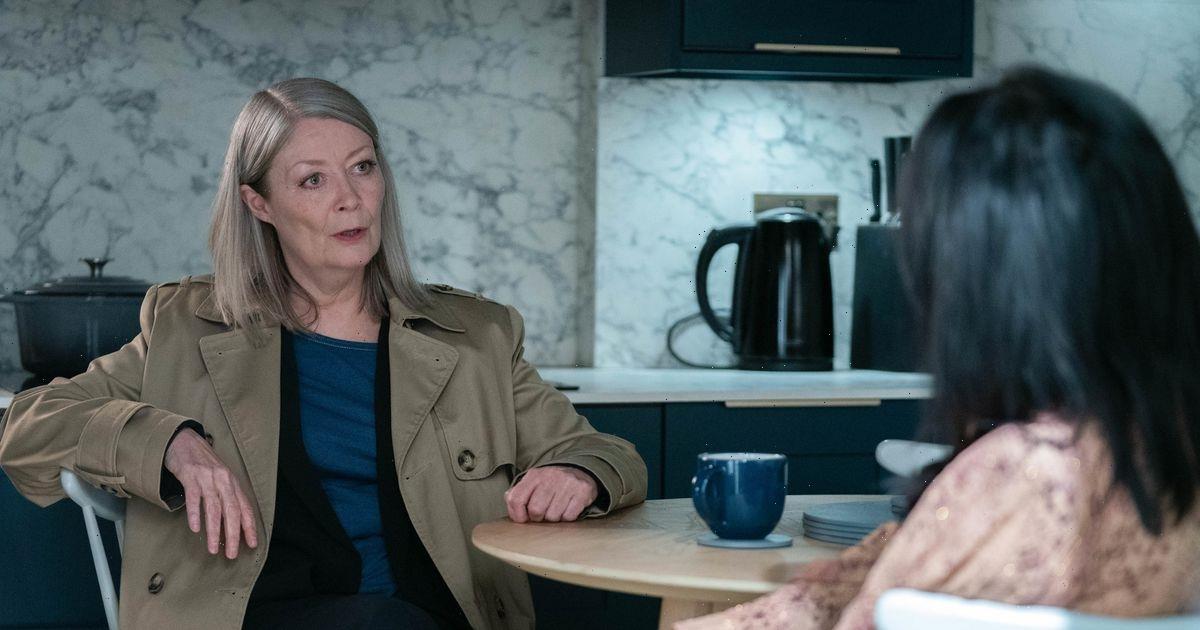 Viewers will recall that Phil has been involved in a feud with corrupt police officer Keeble over the past few years as she holds a grudge against the family after her father was murdered by Eric Mitchell in 1979.

In upcoming scenes, Phil's fiancée Kat Slater and her son Tommy Moon are abducted by masked men as they are taken to an abandoned warehouse.

Kat and Tommy are soon faced with DCI Keeble and a gun as Kat attempts to take the corrupt police officer down in a bid to save her son.

Elsewhere in Walford, Phil learns that Kat has been kidnapped as he instantly goes on the warpath and has to reluctantly team up with enemy Keanu Taylor.

Soap watchers will recall that Keanu recently returned to EastEnders and has been begrudgingly working with Phil to bring down Keeble.

In the upcoming scenes, the two enemies work together to try and save Kat and Tommy from DCI Keeble's evil clutches.

While over at the warehouse, Kat, who tries to reason with Keeble, seems close to a breakthrough…

However, in true soap style, just as Phil and Keanu plan to save them from the warehouse, Keeble explodes and lashes out.

And as the pair enter the warehouse, a gunshot rings out… who has been shot and are they too late?

It's been an explosive few weeks on EastEnders recently as Mick Carter appeared to be "killed off" on Sunday's episode as he bowed out of the soap after nine years.

Mick tried to save his ex-wife Linda Carter, who he had just reunited with, after she and Janine Butcher drove off a cliff and into the English Channel, where he disappeared at sea.

While on Thursday's episode, Shirley Carter made an emotional exit from Albert Square after Mick's disappearance.

Shirley, who has been struggling since the incident, decided to leave Walford to stay with her daughter Carly Wicks on Thursday's episode, leaving fans devastated.

However, soap watchers need not worry as Shirley, played by Linda Henry, isn't gone for good and will be coming back at some point in the future.

A BBC spokesperson told Digital Spy: "Linda Henry will be returning to EastEnders."