Phil Mitchell (played by Steve McFadden) isn’t full of the Christmas spirit in a new set of moody photos for the upcoming EastEnders Christmas Day drama bonanza, with him finally confronting Sharon (Letitia Dean) over her affair and potentially attacking the man who has fathered Sharon’s baby.

A pre-time travelling Ebenezer Scrooge at the very depth of his miserliness is a more cheery picture of the season of goodwill than Phil Mitchell in a new set of pictures ahead of an explosive Christmas storyline.

The images hint at a family get-together that will end in separation, violence, and a whole lot of uneaten turkey.

For months viewers have been watching Sharon and Keanu (Danny Walters) having an affair behind the back of Phil and Louise (Tilly Keeper), who is also pregnant with Keanu’s baby. 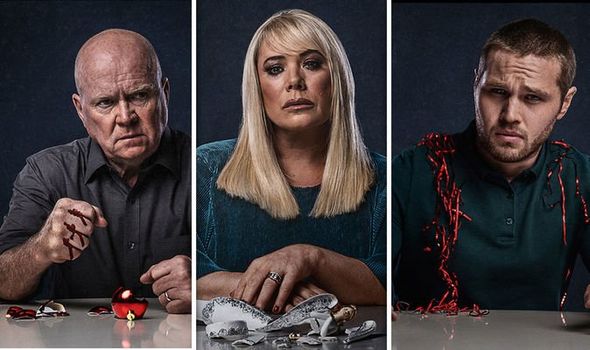 This is a family tree that has branches wrapped around the trunk, rather than extending away from it.

After Lisa (Lucy Benjamin) stated in public that Sharon has been having an affair – information which her now-dead best friend Mel (Tamzin Outhwaite) had passed onto her – Phil had begun to suspect that perhaps Sharon had indeed been playing away.

Over a few weeks those suspicions swirled around Phil’s mind, until they began to form into a dead certainty.

As he cast his mind back, he considered how Jack Branning (Scott Maslen) had been comforting Sharon at the funeral, it seemingly more than friendly.

These new images all point towards a substantial reckoning over a roast with all the trimmings, just after the Queen has talked about the bad year she’s had.

It would be classic EastEnders territory for a spectacular breakdown of a marriage, Phil Mitchell’s clenched fist and blood on his hands pointing towards a festive showdown.

Unless, and you can never rule this out, he has punched Father Christmas after finding him in his house. 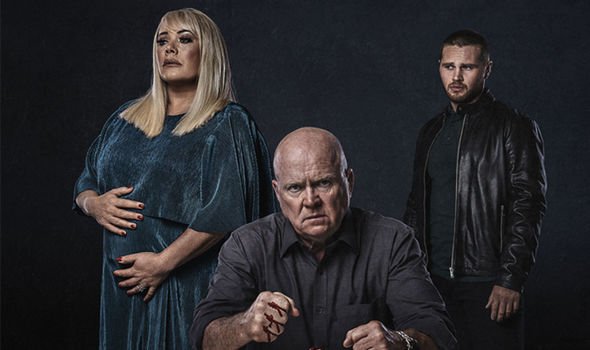 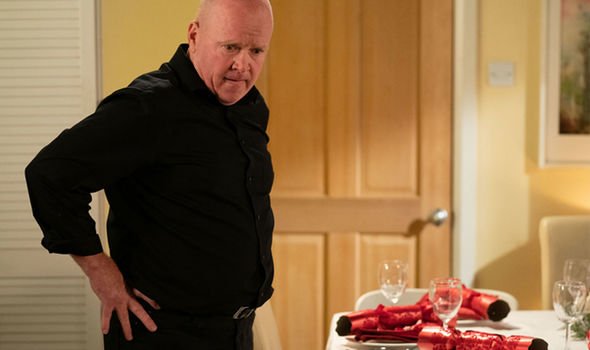 What could this mean for the Christmas Day special? Will Phil deal with Keanu first?

The red-hot anger at being duped and misled by his step-daughter’s partner will mean he would be the first to face his fury.

We do know that Danny Walters is leaving the Square and EastEnders boss Jon Sen has teased it will be an epic departure.

“Keanu’s story is set to come to a dramatic and blistering conclusion in the near future as one of best kept secrets on the Square is finally revealed with devastating consequences.” 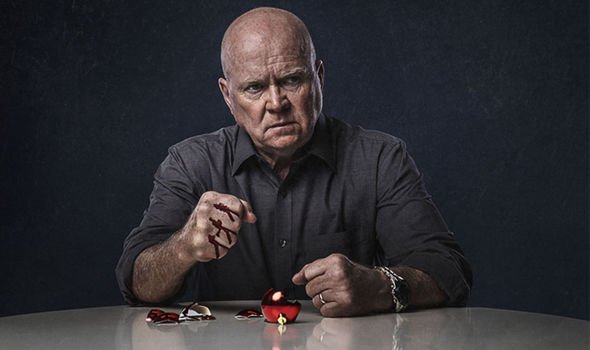 After that, how would Phil deal with Sharon? She is pregnant, but the baby is Keanu’s and not his.

Would he throw her out onto the Street on Christmas Day and leave her to fend for herself?

Or would he allow some compassion to prevail and allow her to stay until the turkey sandwiches have been finished on Boxing Day?

EastEnders continues on BBC One Monday at 8pm.