Phil (played by Steve McFadden) has been managing to follow through with his shady deals on EastEnders, all the while trying to keep his business at The Arches garage afloat, with mechanic Keanu Taylor (Danny Walters) recently becoming embroiled in his dastardly deeds.

While his son Ben (Max Bowden) has been away from the Square, Phil has been using the garage to not only service cars, but also run his dodgy dealings through with Alfie Moon (Shane Ritchie) one of Walford’s resident’s to stumble across a seedy stash of cash, helping himself to the tainted money.

With Phil desperately trying to secure work at The Arches in recent episodes of the BBC soap, it seems the business could be going down the pan as he suddenly realised his attention on his dodgy deeds could have caused a cash flow problem at the garage.

Though when Ben returns to the fold in the coming weeks, it won’t be long before he discovers what his father has been using the business for and the returnee is sure to be less than impressed by Phil’s actions.

New spoilers images for the BBC soap show the sixth actor to portray the role of Ben, Max Bowden, 24, joining Phil and Keanu in The Arches and he doesn’t seem too happy with his father when Phil admits what’s been going on in his absence.

Ben left the Square at the beginning of last year when he stole the money acquired through the New Year’s Day heist, which had found itself in the arms of cut throat Mel Owen (Tamzin Outhwaite).

Although Ben will be hoping to keep a low profile on Mel’s radar, even though Mel managed to get the money back, it could be possible the killer’s violent streak could be about to resurface as he gets revenge on his father for putting their business in jeopardy.

This week on EastEnders, the murder of Heather Trott (Cheryl Fergison) was revisited as her best friend Shirley Carter (Linda Henry) struggled on the seventh anniversary her death, caused by Phil’s son Ben.

During a tense confrontation, Ben hit Heather on the head with a photo frame which led to her untimely death, with the mother leaving behind her young son George.

When Phil tried to offer some support to Shirley, it was clear the Queen Vic landlady still had’t got over his son’s violent actions, but could this all have been a hint towards Ben’s violent streak resurfacing on his return? 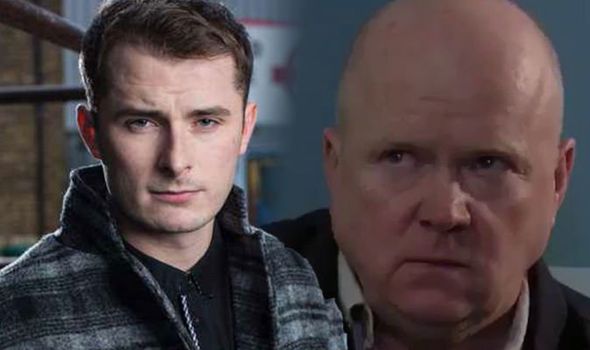 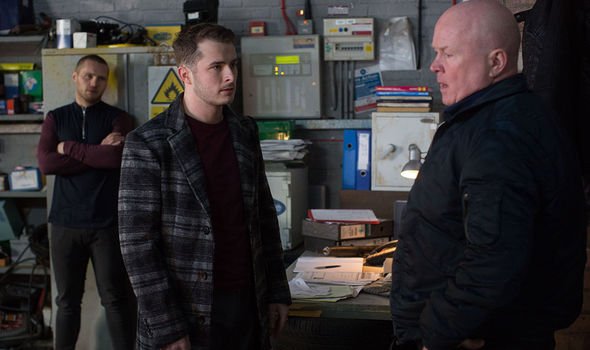 When Ben was younger, Phil tormented his son but in recent years, the father and son’s relationship has been a lot more settled, with Ben becoming involved in running The Arches alongside his father.

However, old feelings could be brought back to the forefront of Ben’s mind when his father reveals his betrayal by letting the business side of the garage drop so he could get greater control over his dodgy dealings.

Wanting to get the upper hand over Phil, Ben could decide it’s time for his father to be taught a lesson, but will he follow through by making Walford’s most notorious bad boy his next unwilling victim?

Ben won’t be alone when he returns to the Square as in a teaser for the drama to unravel on the Square this spring, Ben is joined by Lola Pearce (Danielle Harold) and their daughter Lexi Mitchell.

Even though they play happy families with Phil and his wife Sharon Mitchell (Letitia Dean), as well as reuniting with Jay Brown (Jamie Borthwick) it seems the pair have other motives for making a comeback to Walford. 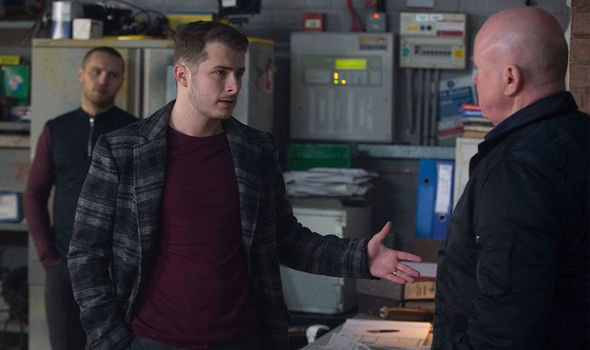 I can’t do this

Towards the end of the trailer, Lola is seen telling Ben: “I can’t do this. I thought I could but being back here, lying to everyone like this,” with Ben trying to quite her down.

Could the pair be planning to fleece Phil, with Ben finally getting his revenge on his father for the pain he caused him in the past?

Ben won’t be Phil’s only problem if his intuitions are vengeful as the bad boy is set to come face-to-face with new nemesis Danny Hardcastle (Paul Usher).

However, it seems the Danny could set his sights on wrecking havoc with Keanu as upcoming scenes will see the villain meet the young mechanic and after working abroad for Phil as part of his dodgy dealings, could the youngster be in danger once more?

With Ben back on the Square and a new villain on his tail, could Keanu’s affair with Sharon finally be exposed as the pair get caught out?

EastEnders continues Monday at 8pm on BBC One.