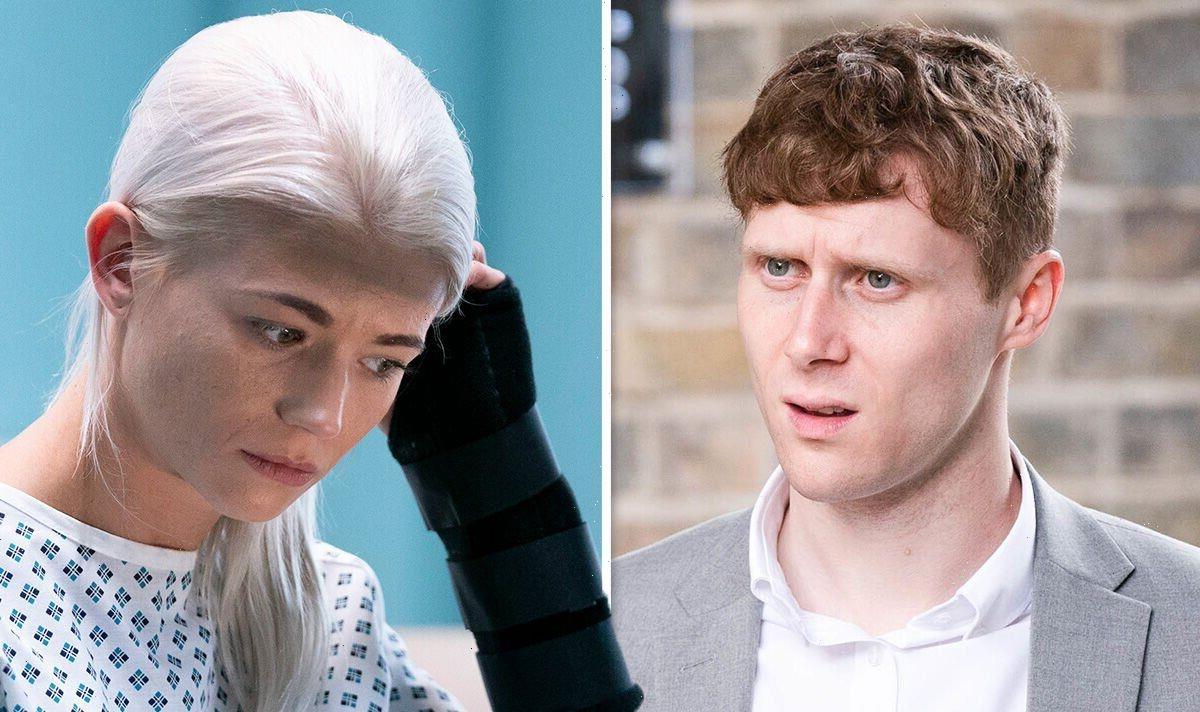 In next week’s episodes, Lola thinks ahead as she prepares herself for treatment.

The doctor tells the couple about the operation she can have and the potential after-effects.

Lola puts on a brave face and leaves the appointment feeling hopeful.

However, Jay struggles to conceal his emotions and it’s clear he’s not dealing with the diagnosis well.

With Ben and Callum in the spirit of this year’s festivities, Lexi’s thrilled as she lists off several potential costumes.

Meanwhile, Jay is drowning under the pressure of his girlfriend’s condition.

Ben is none the wiser until his best friend gets into an altercation with Ravi Gulari (Aaron Thiara).

The Mitchell bad boy realises his friend needs help but Jay shrugs him off.

At the hospital, Lola admits she’s worried about the after-effects of her surgery.

Jay tries his best to put the mum’s mind at ease but struggles with the right words to say.

The grateful undertaker is by Lola’s side with Billy Mitchell (Perry Fenwick).

He tries to remain strong but she sees right through him and the couple share a sweet moment before she’s taken to surgery.

The doctors urge Jay to get some rest but he refuses to leave the hospital.

Billy and Jay wait for Lola’s surgery to end but will the doctors have good news?

EastEnders announced earlier this month that Lola would be at the centre of a heartbreaking tumour storyline.

The BBC soap is working alongside Brain Tumour Research and Macmillan Cancer Support.

Speaking about the hard-hitting storyline, Lola star Danielle said: “It means so much to be trusted with a storyline like this – one that’s close to many people’s hearts. Sadly many of our viewers will be able to relate to Lola’s story and it’s been heart-breaking to speak to the families affected by brain tumours and hear their stories.

“They’ve been so amazing in sharing their experiences with me, and I’m so lucky to have them. I wouldn’t be able to do this storyline without their support.”

EastEnders airs on BBC One from Monday to Thursday at 7.30pm.