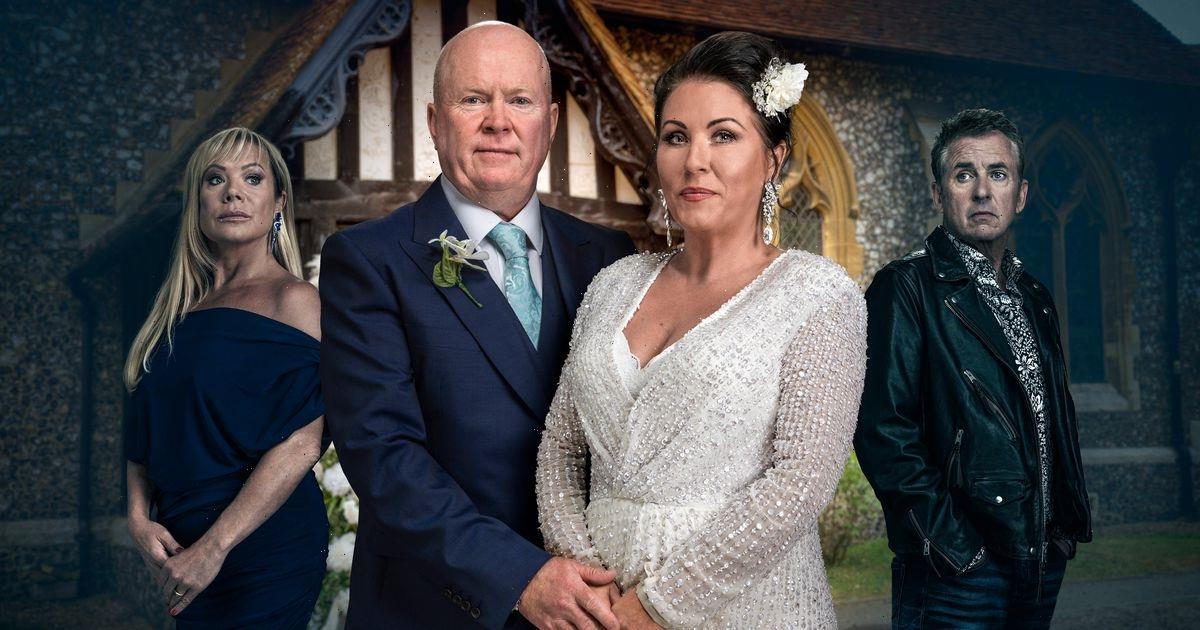 EastEnders viewers are in for another week of drama in Albert Square as Mick Carter (Danny Dyer) encourages his daughter Frankie (Rose Ayling-Ellis) to report her attack to the police and supports her as she gives her statement to Jack Branning (Scott Maslen).

However, she’s upset when Jack warns her it will be difficult to get a conviction. Frankie is despondent after she and Lola Pearce (Danielle Harold) are hassled by some guys.

Dotty Cotton (Milly Zero) and Finlay Baker (Ashley Byam) find a bond as they chat about their fathers, and end up going for a drink.

Vinny Panesar (Shiv Jalota) becomes jealous and punches Finlay, then regrets his actions. But when Dotty tells him she slept with Finlay, Vinny is gutted and throws her out of the house.

Sharon Watts (Letita Dean) finally confesses her love and begs Phil not to get hitched. But once Kat learns Sharon has been sniffing around her fiancé, there’s a showdown.

And Kat is in for another shock when Alfie Moon (Shane Richie) rocks up and pleads with her not to marry Phil.

She soon sends Alfie on his way – but their sons Bert and Ernie have stowed away in the van. Kat heads to Alfie’s canal boat to pick up her sons, giving him a last chance to get her to change her mind.

Meanwhile, Sharon arrives at the church, intent on doing the same with Phil. The clock is ticking – will Kat and Phil actually tie the knot?

Shane Richie has said of his return to the BBC soap: "Alfie has become Phil’s nemesis and so there are some wonderful scripts where Alfie is calling Phil to his face things like Mr Potato Head. "Alfie's still burning a candle for Kat and he's trying to convince her that she feels the same.

"I’m playing storylines at the moment with a lot of ‘will they, won’t they?'" he hints.

"But between you and me… Alfie and Linda Carter (Kellie Bright)! That’s all I’m going to say. But is Alfie using Linda to get to Kat?

EastEnders airs Monday to Thursday at 7:30pm on BBC One and BBC iPlayer