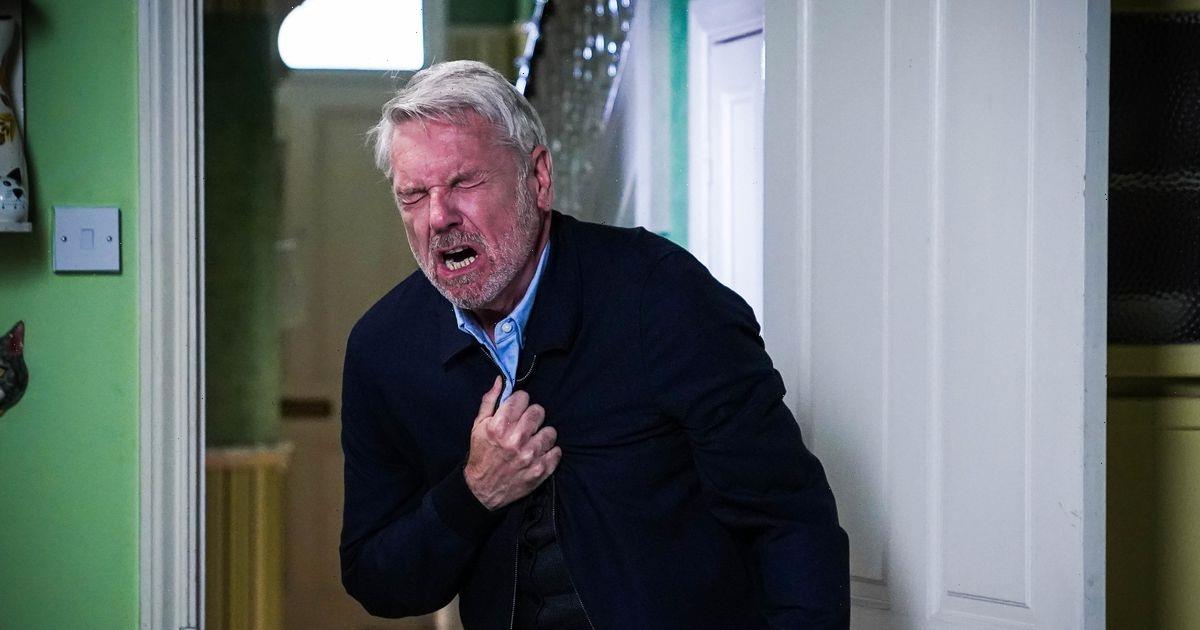 So far he's fooled Sonia (Natalie Cassidy) into believing that he's her wayward dad, and despite the whole story being a lie, there's been a definite bond forming between the Walford stalwart and newcomer Rocky (Brian Conley).

But events this week leave the charming conman fearing that the game's up and he's about to be rumbled. However while he plans to do a runner before Sonia learns the truth, his plan doesn't go smoothly…

Dotty is relieved when her mum Sandy turns up in the Square and explains that she's been saving for her mum to do rehab. But having made that gesture, shady Dotty then informs Rocky that he'll need to scam Peter for more money in order to fund it!

Then, after Sandy calls him “Tom”, jumpy Rocky buckles under the weight of his epic lie and tells Dotty he’s leaving Walford. But before he can flee, a surprise 60th birthday party is thrown for him.

Afterwards he writes a confessional letter to Kathy (Gillian Taylforth) and Sonia, only to then collapse, clutching his chest. Later, Dotty is shocked to see Rocky being taken away in an ambulance. Is there a future for Rocky in Walford? He'll surely be shunned if the truth eventually comes out…

As the week ends, Vinny offers Dotty and Sandy a bedsit, but Dotty doesn’t realise it’s because he has feelings for her.

Meanwhile, Chelsea and Diane realise they’ve both booked weddings for Christmas Day, but Gray is worried about the cost and tries to manage Chelsea's expectations.

Kat seethes when Phil (Steve McFadden) buys a present for Sharon and Alyssa. But his feelings are colder towards Jada, and he tells the young woman she should walk away from her daughter again. Sharon is horrified when she walks in and hears his harsh words.

However, Phil’s comments leave Sharon (Letitia Dean) even more suspicious of Jada. Is there another storyteller in Walford?