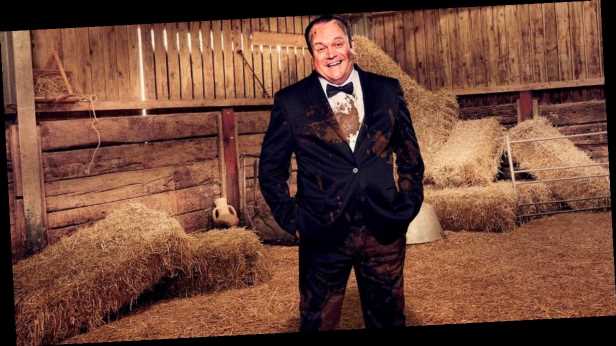 EastEnders legend Shaun Williamson has credited his stint on Celebs on the Farm for saving his mental health.

The 55-year-old actor, who played Barry Evans in the BBC One soap for 10 years, will return to our screens this week as he tries his hand at farming.

Viewers will see the iconic soap star and a bunch of other famous faces be put through their paces by farmer Chris Jeffrey, who will give them all they need to know about the industry.

Opening up about getting down and dirty on the farm, Shaun told Daily Star: "It was one of the best experiences I've had in my life.

"It was much needed because we were all locked down and it had been a very slow summer.

"To get out with this group of people in the fresh air and do something with nature.

Sharing more about what 2020 was like for him, Shaun continued: "My career goal has been to earn enough money to survive basically.

"I'm a divorcee, so I've got a mortgage on a second house, so my career plan is just to have fun, enjoy myself, and survive financially.

"So Celebs on the Farm was great to come along in what was a very tough year."

Talking about any rivalries between his co-stars, Shaun said: "Everybody wanted to get through to the next day, which is natural because it is a competition, but I don't think anybody ruled the show by being overly competitive.

"It was bitter sweet because you got through but you had to say goodbye to someone."

He went on to reveal that his hopes for the next 12 months as coronavirus continues to cause havoc for the television industry.

Former Celebrity Big Brother housemate Shaun explained: "I just want to get lots more lovely work and not have it canceled. It's as simple as that.

"I'm not a star, I'm not in a position to guide my career.

"I'm one of these people who waits for the phone to go and see where it takes me.

He added: "There's something quite fun about that as long as the phone keeps going because you never know what's around the corner.

"I just want the phone to keep ringing."

The show was filmed last year under strictly Covid-19 protocols and industry guidelines were adhered to throughout the production.

Celebs on the Farm premieres on MTV on Monday, February 8 at 9pm