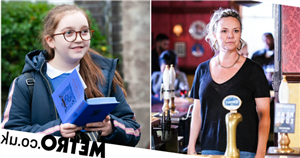 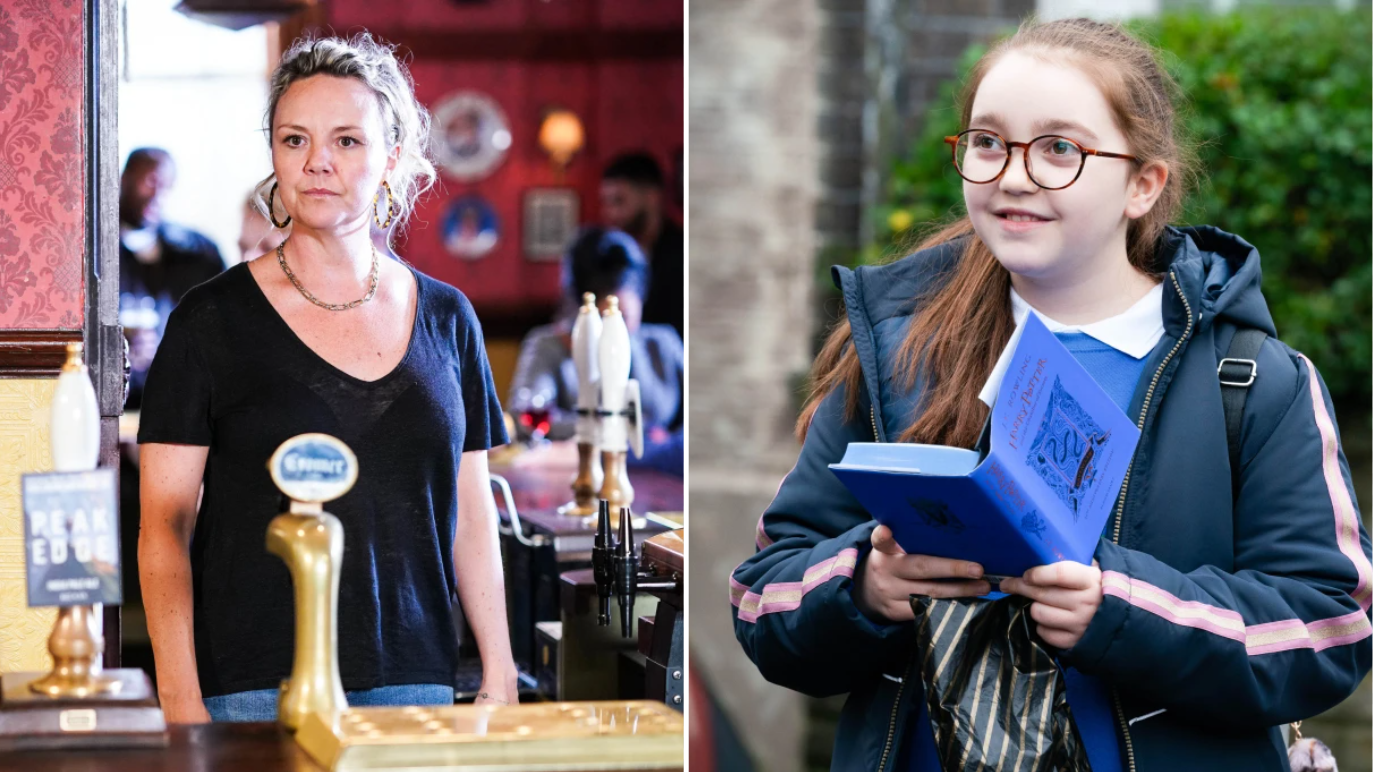 Janine Butcher (Charlie Brooks) is like the cat that got the cream in upcoming EastEnders episodes as she revels in the fact that she’s pregnant with Mick Carter (Danny Dyer)’s baby.

It seems that finally her relationship with Mick is sealed and she’s seen off her rival, Linda (Kellie Bright).

There is one person who could be about to burst Janine’s happy bubble, though, and that’s her daughter Scarlett (Tabitha Byron).

Typically Janine didn’t think to tell Scarlett about the baby herself and she had to overhear it as Janine used the fact of her pregnancy as ammo in an argument with Shirley (Linda Henry).

Poor Scarlett has been generally ignored and sidelined by her mother for her whole life, and now she’s further pushed out as Janine’s entire focus is on the baby and her new family with Mick.

Scarlett overhears Sharon (Letitia Dean) and Linda talking about Janine and saying that she won’t be bothered to look after Scarlett when the baby comes.

Scarlett is obviously upset, and then she spots something in the background of a photo that Frankie (Rose Ayling-Ellis) took, which is hanging on the wall at the Vic. It’s Janine getting rid of her bloodstained clothing after the car crash that was blamed on a drunken Linda.

Scarlett talks to Linda about her fears that Janine will forget her and Linda reassures her that Mick won’t let that happen. Linda senses that there’s something else that Scarlett wants to say and she gently encourages her.

Will Scarlett reveal what she’s seen in the photograph? And will that be the start of all of Janine’s lies unravelling?