EASTENDERS star Maisie Smith sizzled in a leopard print top for a stunning snap on Monday.

The actress, 18, looked a far cry from her Walford character Tiffany Butcher as she wore the plunging top and thanked her mum for her photography skills. 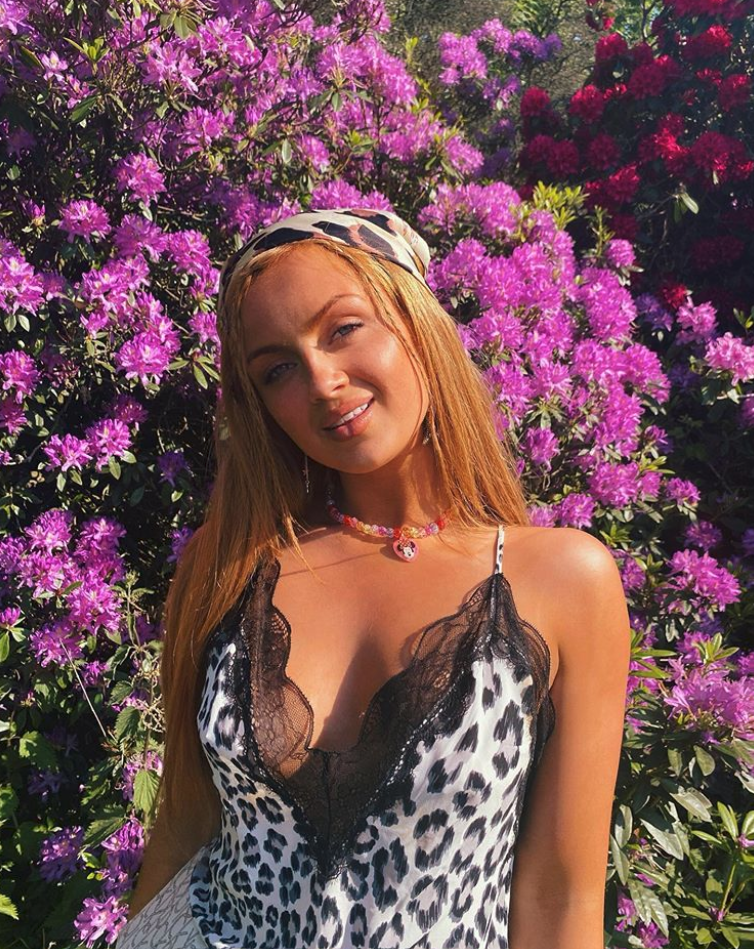 Posing outdoors, Maisie slipped into the silky cami and donned a matching headband, teaming the look with a colourful necklace.

She kept her hair poker straight and wore a sweep of lipgloss as the sunshine bounced off her glowing skin.

She said: "You do take some lush pics @scarlettrsmith"

As well as her sizzling photos, the soap star is no stranger to showcasing her home in selfies and Tik Toks, many of which include her mum. 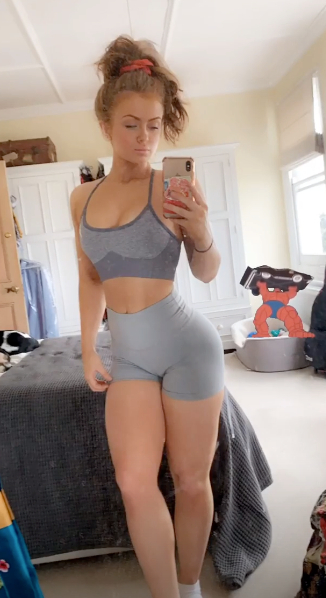 Her house has some impressive views of the sea form her home in Westcliff, Essex.

Good enough views to keep her dog entertained, who can stare out from the wooden stool in her bedroom.

There are wooden floors throughout her house, including her comfy living room.

The lounge has a fireplace, with decorations lining the top and a mirror. There are big brown sofas to sink into too. 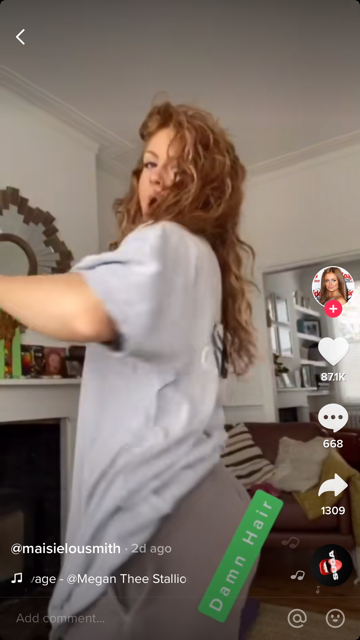 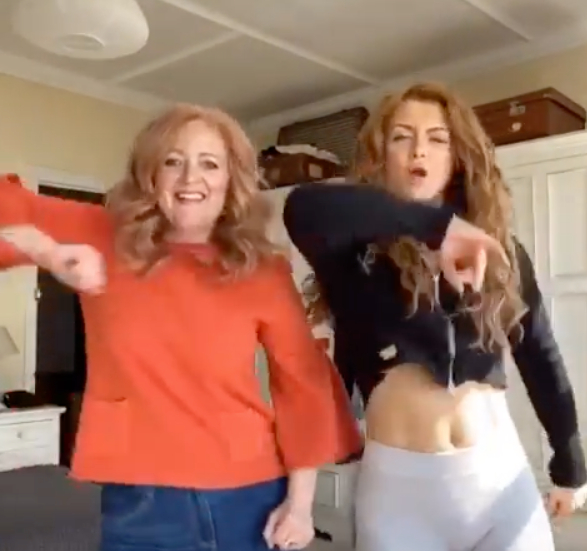 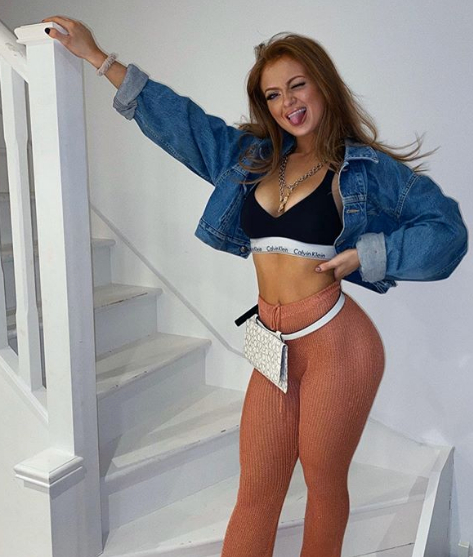 The kitchen has white cupboards with black surfaces and a tiled wall above the metal oven.

There's space throughout, with an attic bedroom complete with a skylight.

The garden has space to sit and a fire, to keep those windy and cold nights at bay.

Maisie shows off her house – and her lookalike mum – in videos she uploads to social media. 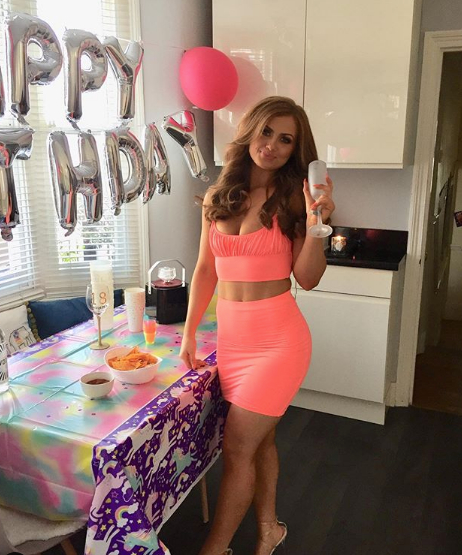 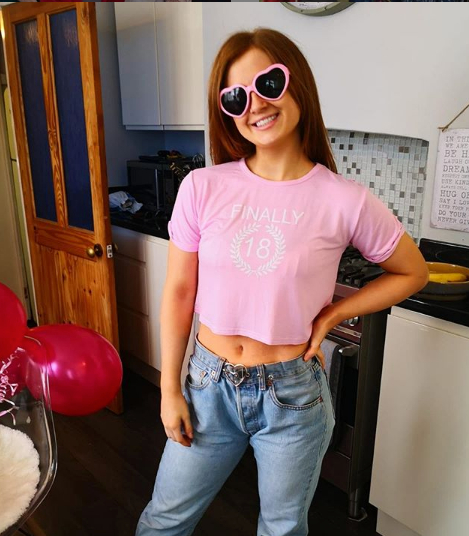 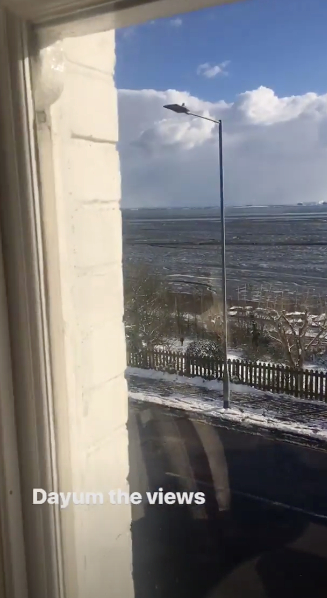 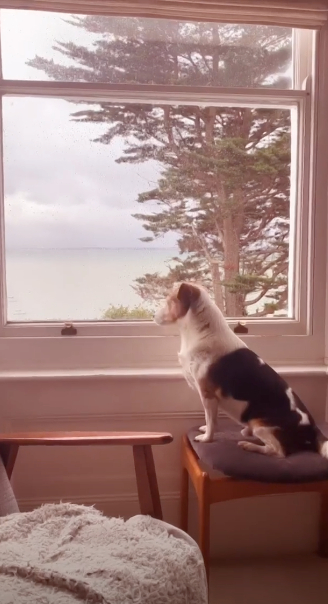 During a dancing video yesterday, the pair danced, before turning it int a comedy coronavirus skit.

It came after Maisie opened up about wishing she was thinner as she battled body dysmorphia aged 13 in an emotional self-penned song.

The 18-year-old actress shot to fame aged seven after landing the role of Tiffany Butcher on the BBC One soap.

She regularly dazzles fans with her impressive vocals on social media, but tonight uploaded a more personal piece as she tried to "heal her mind". 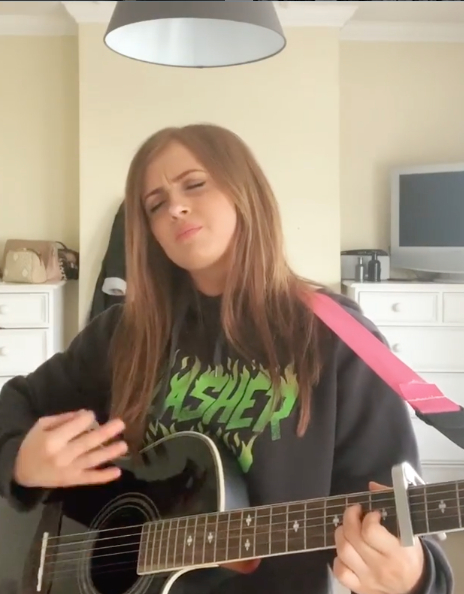 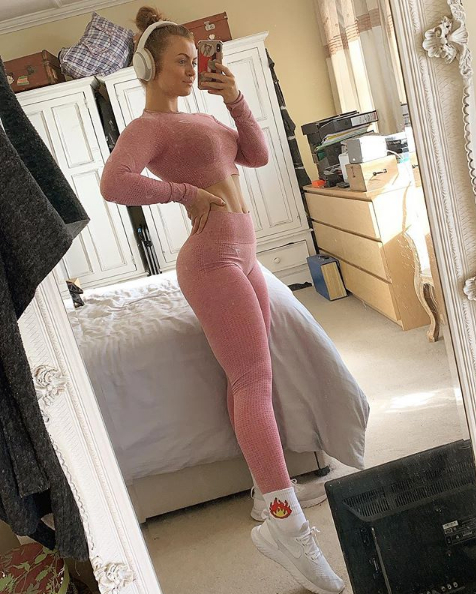 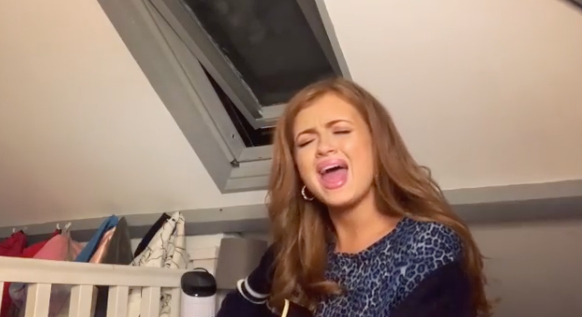 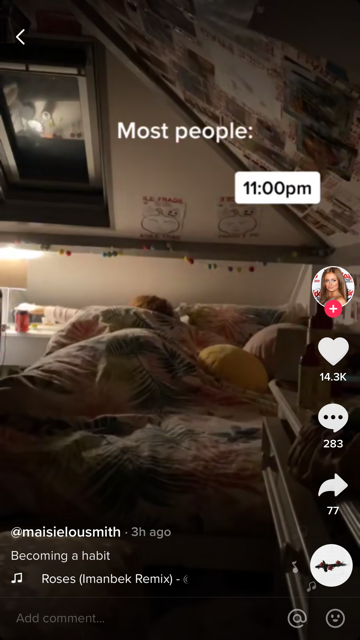 In the clip, Maisie plays guitar as she sings: "When I was little I would look in the mirror, holding in my stomach wishing that I was thinner.

"Guess I had a case of body dysmorphia – and I still haven't shaken it off."

Dressed down in a casual pink hoodie, and with her flame-haired locks loose and wavy around her shoulders, Maisie bravely continues: "Things were getting heavy, that's what the scales told me.

"Only 13 years old, wiping the tears of my cheeks, it felt like no-one else around me really understood." 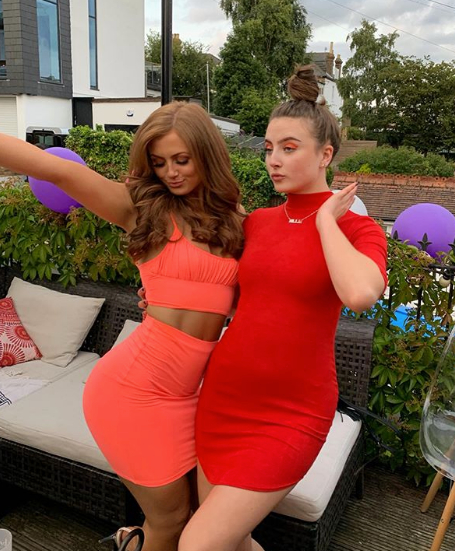 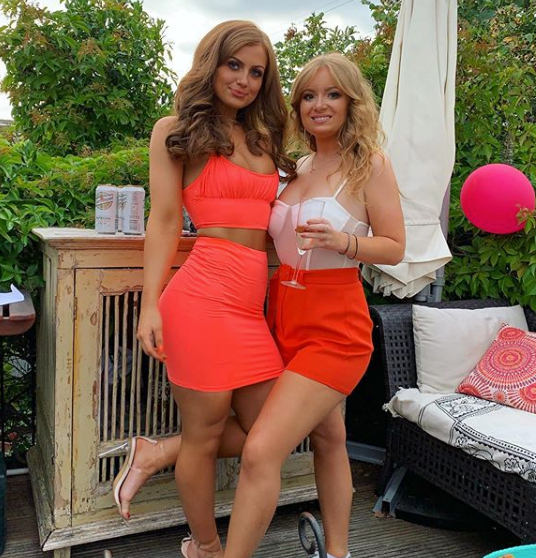 The NHS describe body dysmorphia as a "mental health condition where a person spends a lot of time worrying about flaws in their appearance" – crucially these "flaws" are unnoticeable to anyone else, and are typically related to weight.

The child star opened up about how she is coping in lockdown in the video's moving caption – admitting that she was feeling "trapped".

Maisie wrote: "If you’re feeling particularly down at the moment – don’t worry you’re not alone.

"It’s a scary time right now and tbh my anxiety is hitting the roof. Been feeling a bit trapped in my thoughts so I wrote this yesterday to heal my mind.

"I am so thankful to be home and well, I hope we all come out of this together; stronger."