EASTENDERS’ Chantelle Atkins died in horrifying circumstances tonight as her abusive husband Gray pushed her onto an upturned knife in the dishwasher – and watched as she died.

The hairdresser – who is played by actress Jessica Plummer in the ITV soap – died in agony after trying to leave evil Gray in tonight’s episode. 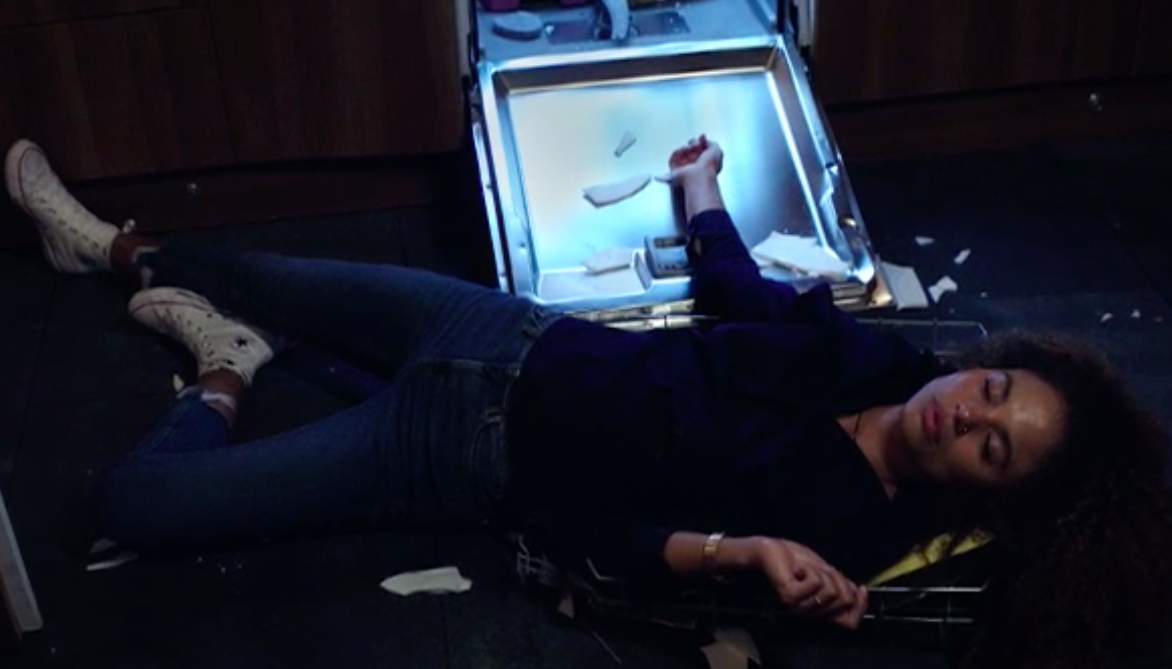 He had forced her to come home and threatened to beat her for planning to leave him.

But she told him: “I’m leaving. I’m taking my children and and I’m walking out that door and there’s nothing you can do to stop me.”

In a vile turn of events, Gray went to kill their young children in an effort to stop her, telling her: “I won’t let you take my children, I’d rather go up there and strangle them in their sleeps. You can watch if you like.”

He then tried to force her to apologise and stay with him and call Kheerat to tell him – but he missed the call and she was forced to leave a message ending their non-existent affair. 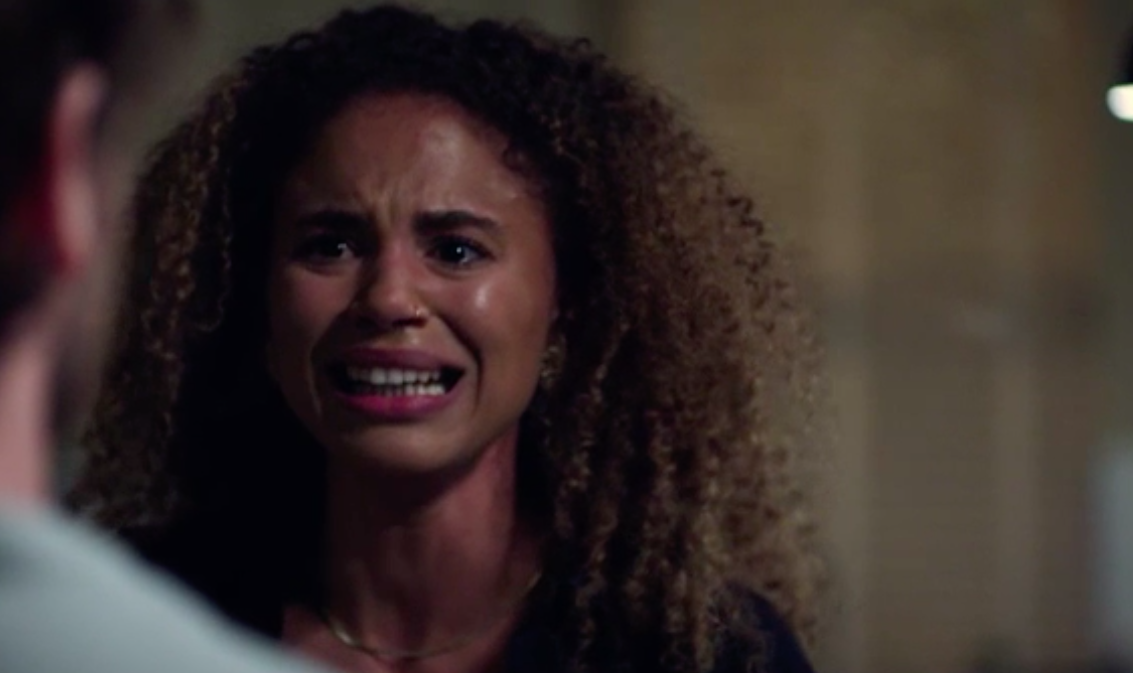 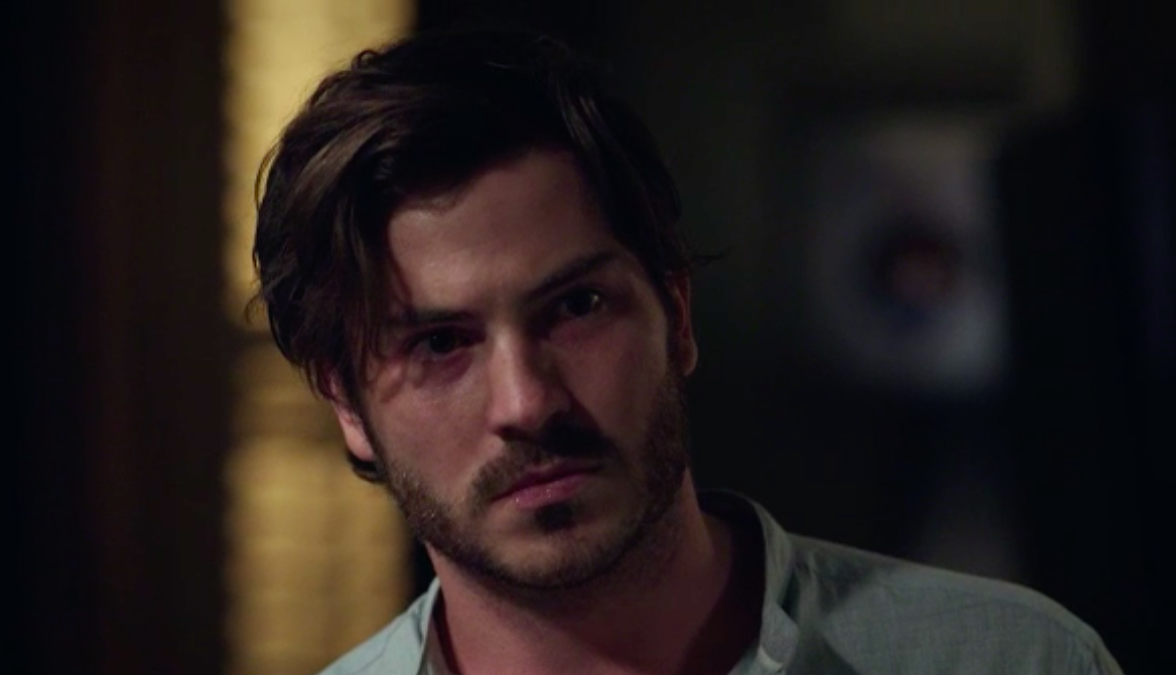 She then tried talking Gray around and managed to send him to bed, promising to follow him up – all the while putting her plan together to leave with Kheerat.

But she couldn’t get through and Gray came downstairs and caught her and stopped her from leaving – but she lost it.

Showing her strength to leave him, she raged: “I can’t do this another minute longer, I can’t stomach it.

“You can cancel my bankcards, you can push me around, you can beat me black and blue but you will never win because I don’t love you anymore. 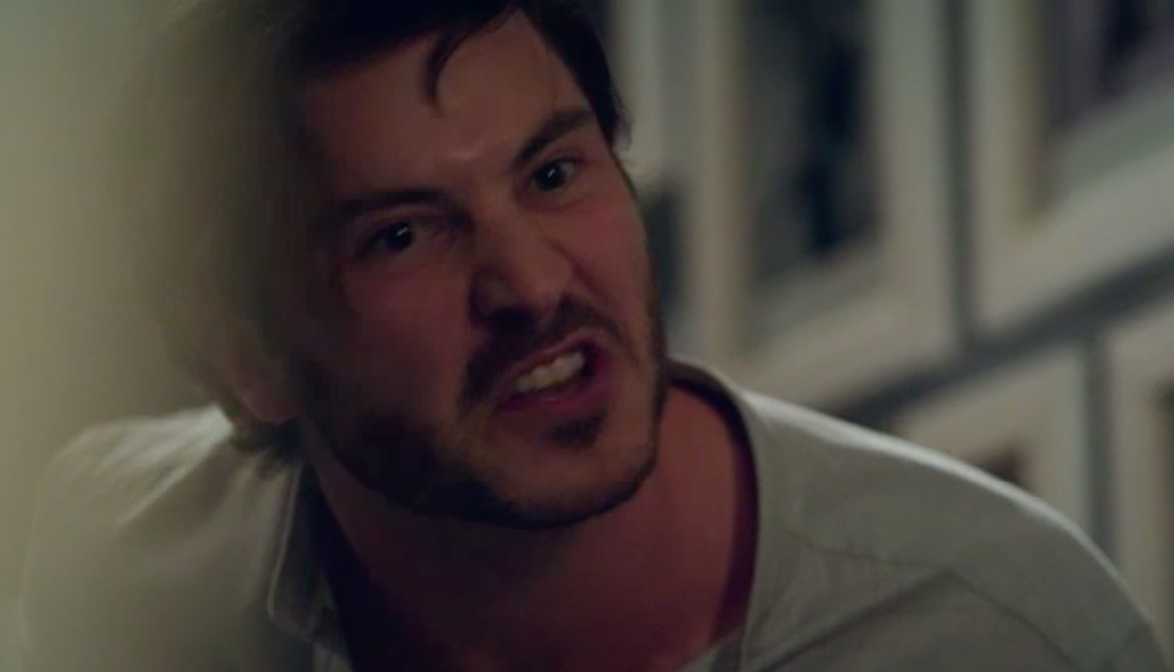 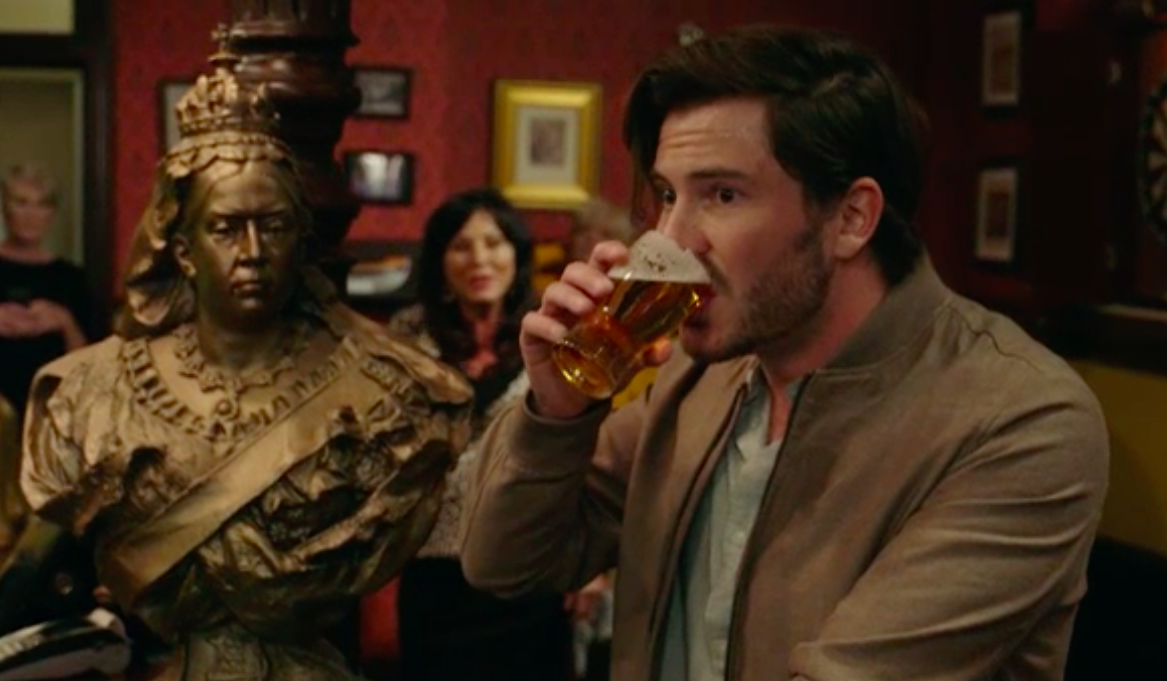 “I lost your baby and I was glad. Look at you. What woman would want to be with a man like you? Weak, pathetic.

“The only mistake I made was staying this long, not speaking up and telling everyone the truth. I kept my mouth shut because that’s what I thought a good wife did.

“Not anymore, I am leaving, I am taking my children and I am walking out the door and I swear I will start screaming and I won’t stop until you are inside now get out of my way. “

He refused to let her leave and violently pushed her – and she landed on an upturned knife on the dishwasher.

The horrifying scene saw her lay paralysed on the kitchen floor helpless.

But instead of calling for an ambulance, Gray heard the children awake and he went upstairs to put the children back to bed.

He coldly told them: "Come on go back to sleep, there's nothing to be scared of, I'm here. Daddy's here to protect you now stay in bed and go to sleep." 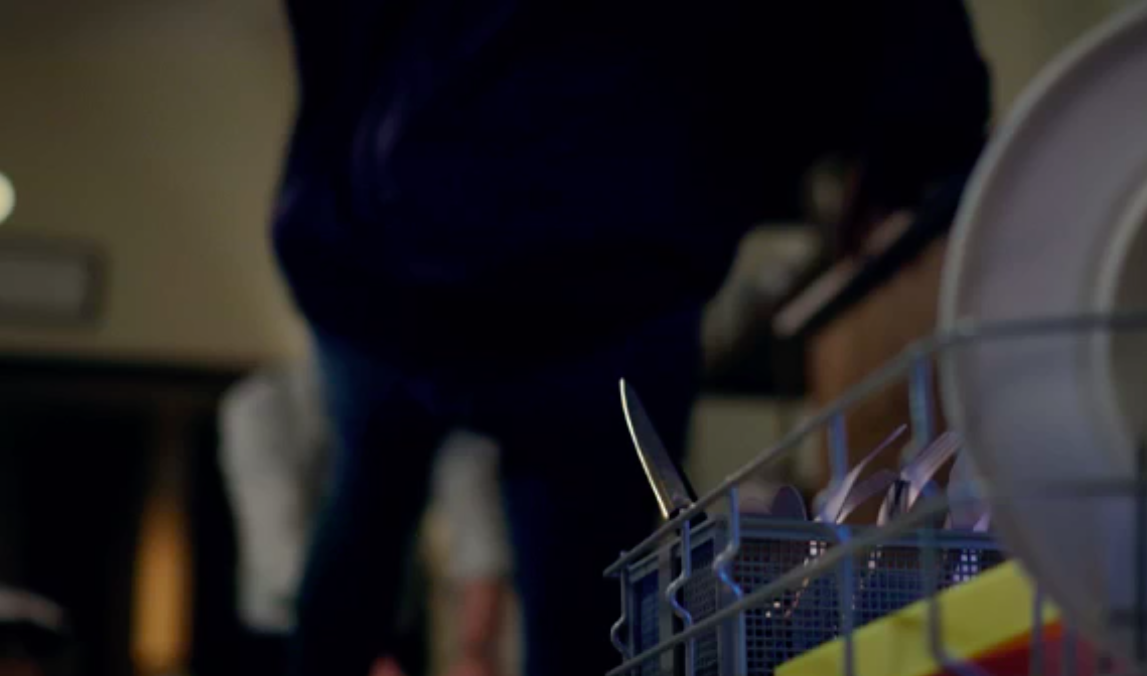 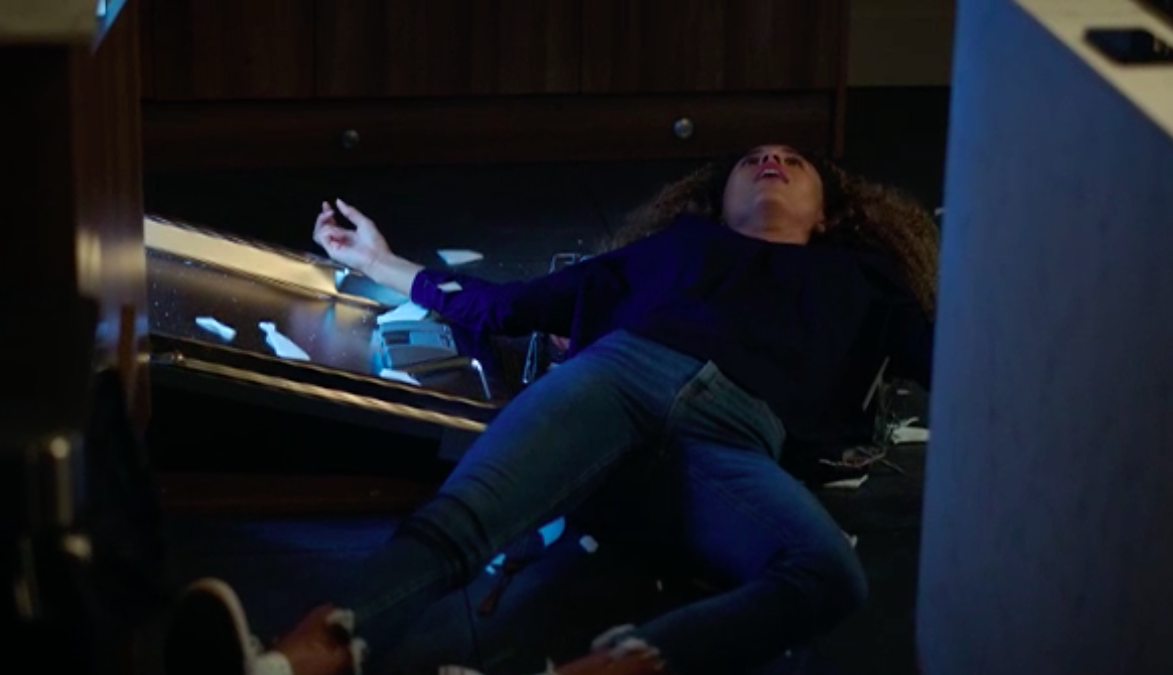 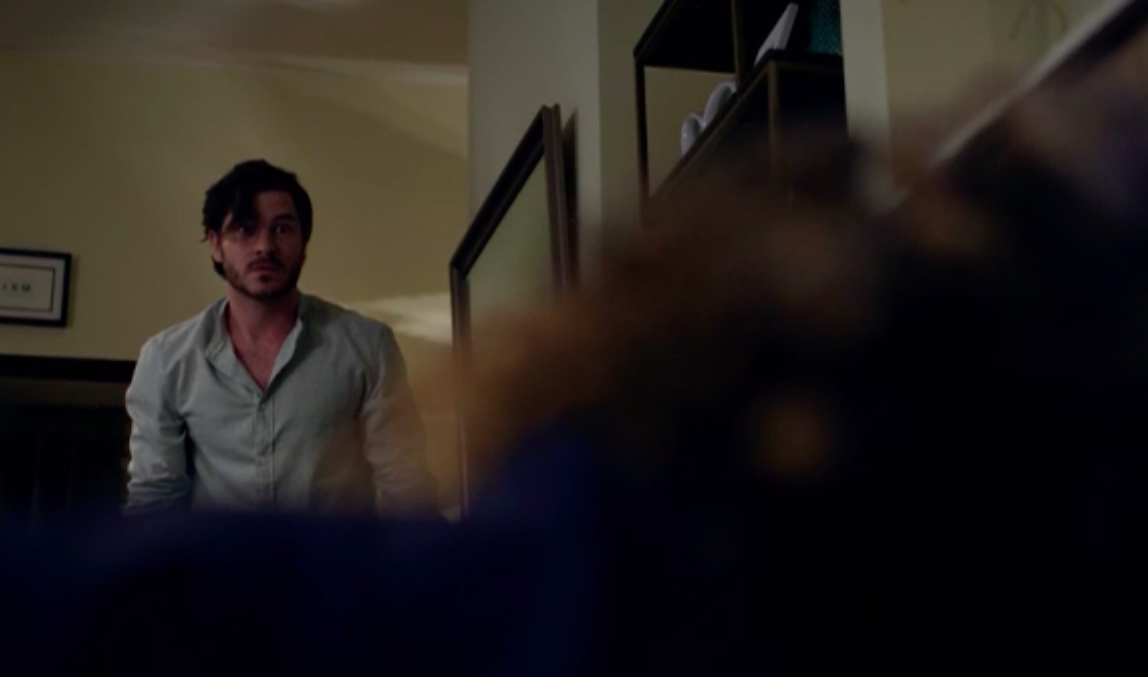 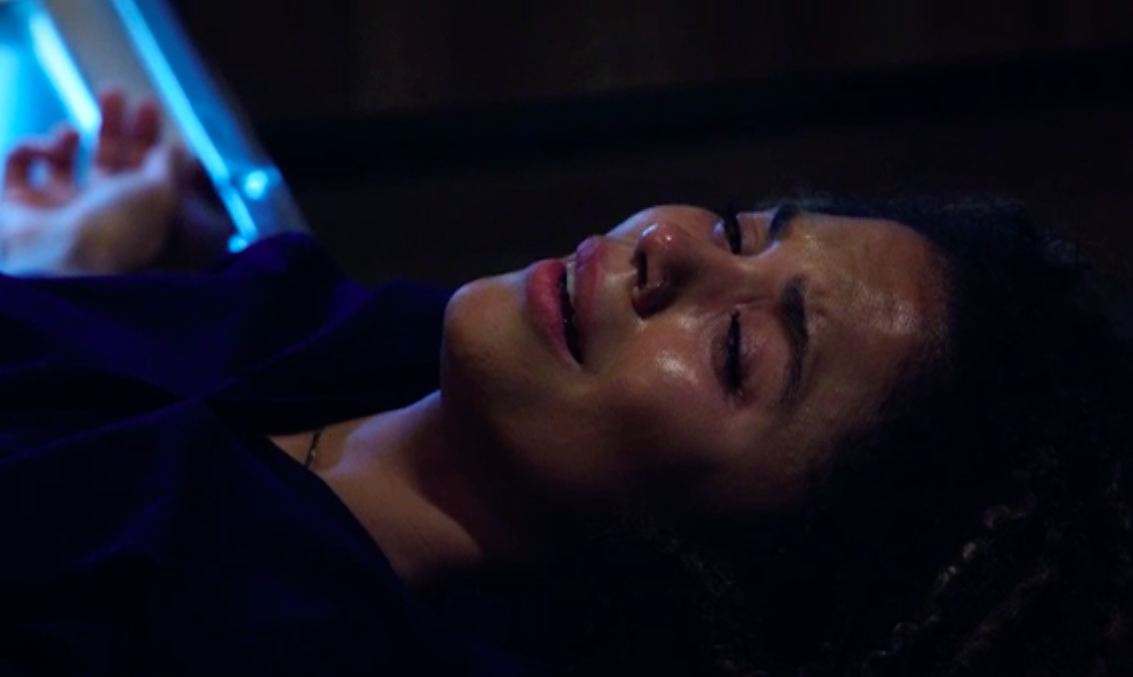 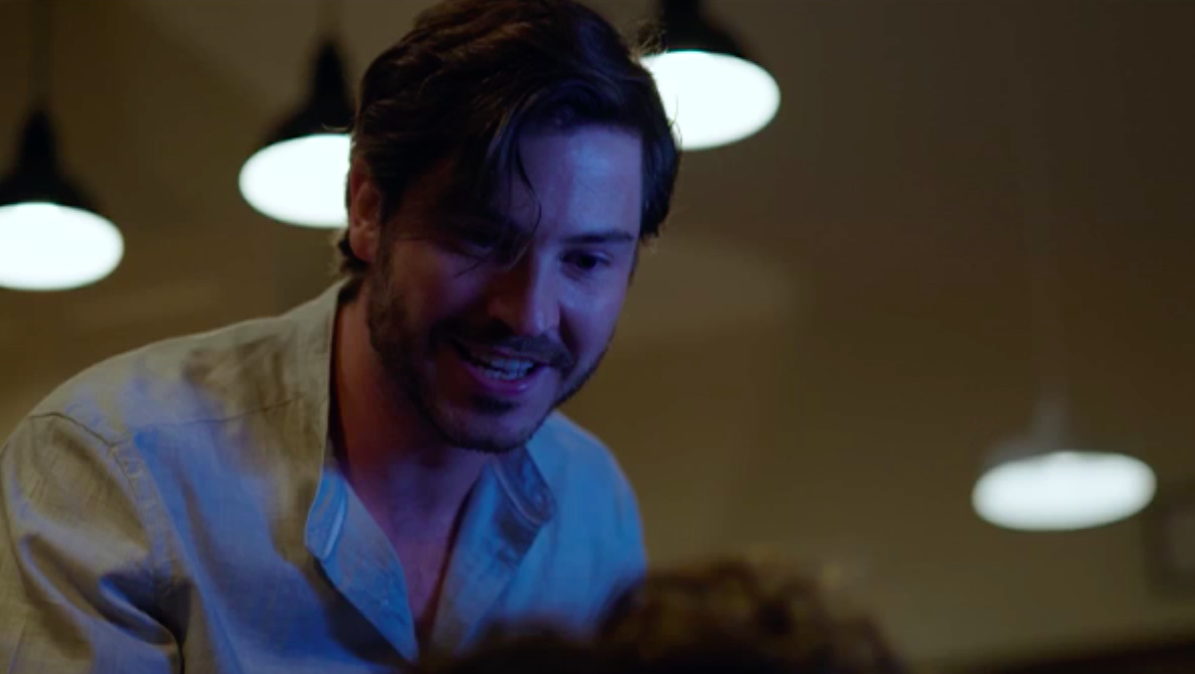 But then when he went back to Chantelle instead of helping he decided to leave her in agony suffering while he cleaned up the crime scene.

He walked out the house telling her she would be OK and he was going to get help – all the while she was trapped with a knife in her back on the floor bleeding out.

Dumping the cash she got for her engagement ring in a bin in the Square, Gray cooly lay about setting up his own alibi by speaking to Whitney, Kush and Suki.

Suki watched his suspicious behaviour with interest as he claimed to have forgotten to bring money to pay for his milky alibi.

And instead of going back home, he then went into the pub for a game of darts, all the while Chantelle lay paralysed and bleeding out on the floor.

In a heartbreaking scene she was unable to answer the phone when her dad Mitch called her to check she was OK. 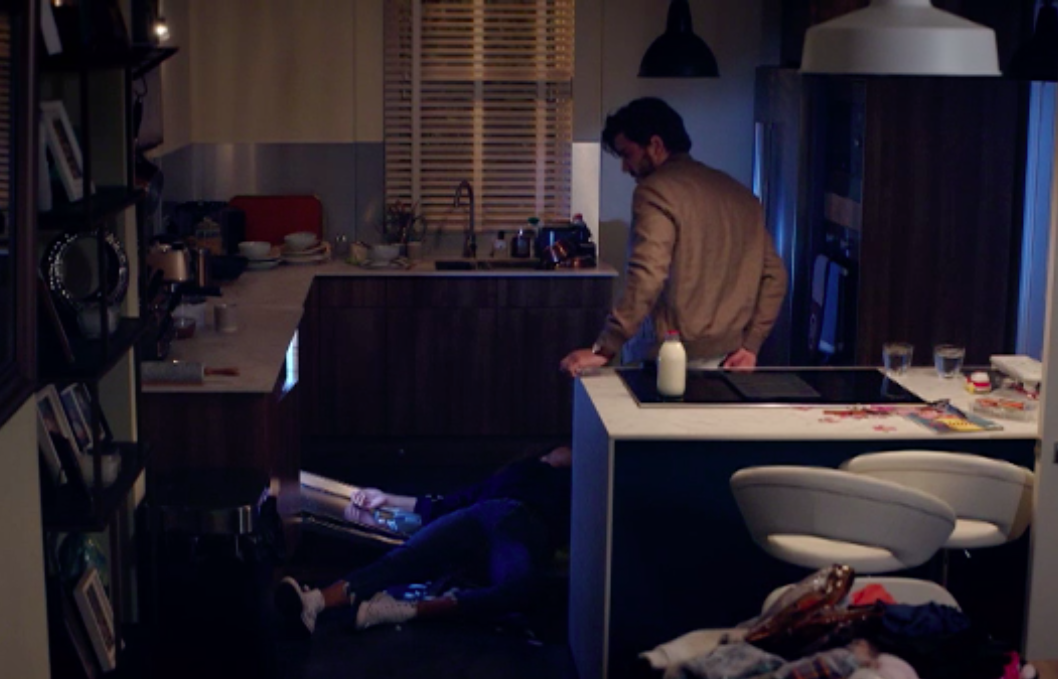 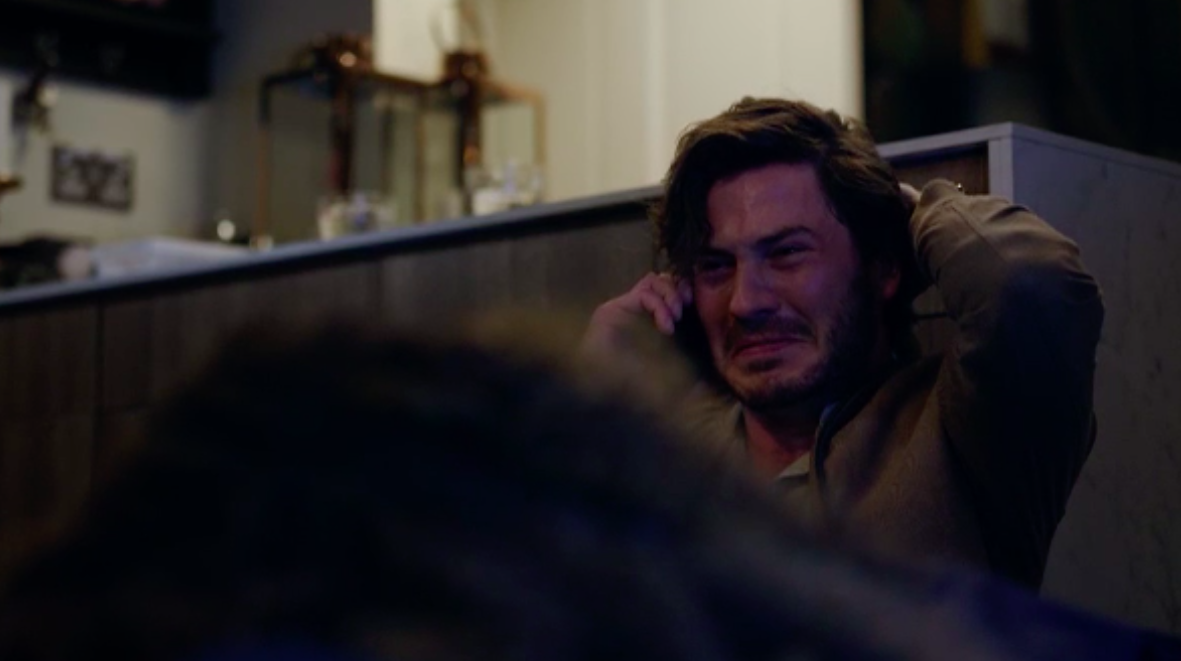 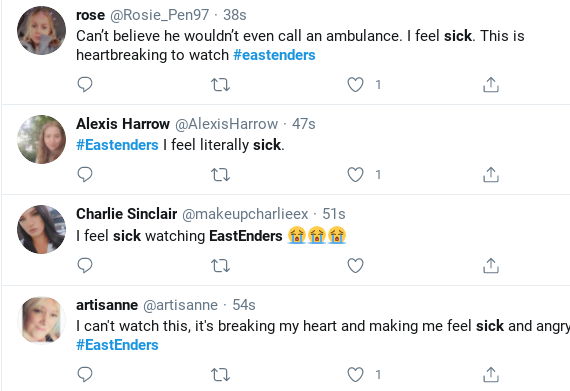 Gray then returned to watch Chantelle die before carefully staging it to look like she had tripped and fallen on one of her kid's toys.

He then smashed the milk he had bought on the floor and pretended he had just found her so he could get away with his vile crime.

“Help, my wife, she's had an accident," he said sobbing down the phone as sirens sounded outside.

Fans were left feeling sick by the scenes.

One wrote on Twitter: "I feel physically sick! #Eastenders."

Another posted: "This episode of #Eastenders is making me feel a bit sick. #Chantelle."

While a third wrote: "People like Gray make me sick man #EastEnders."