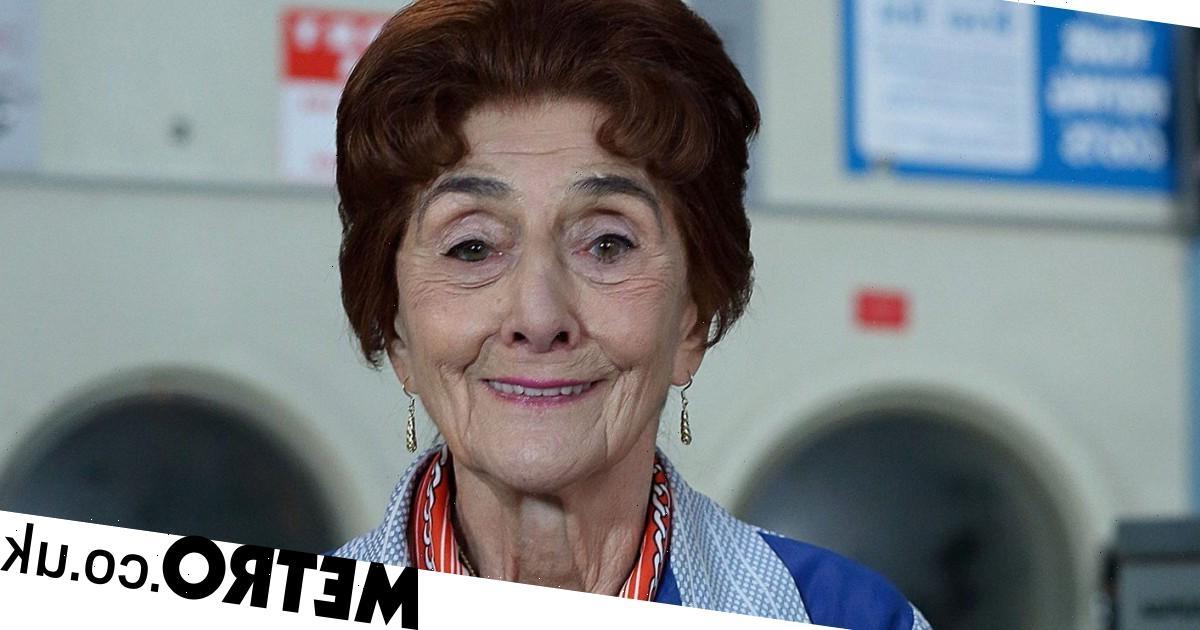 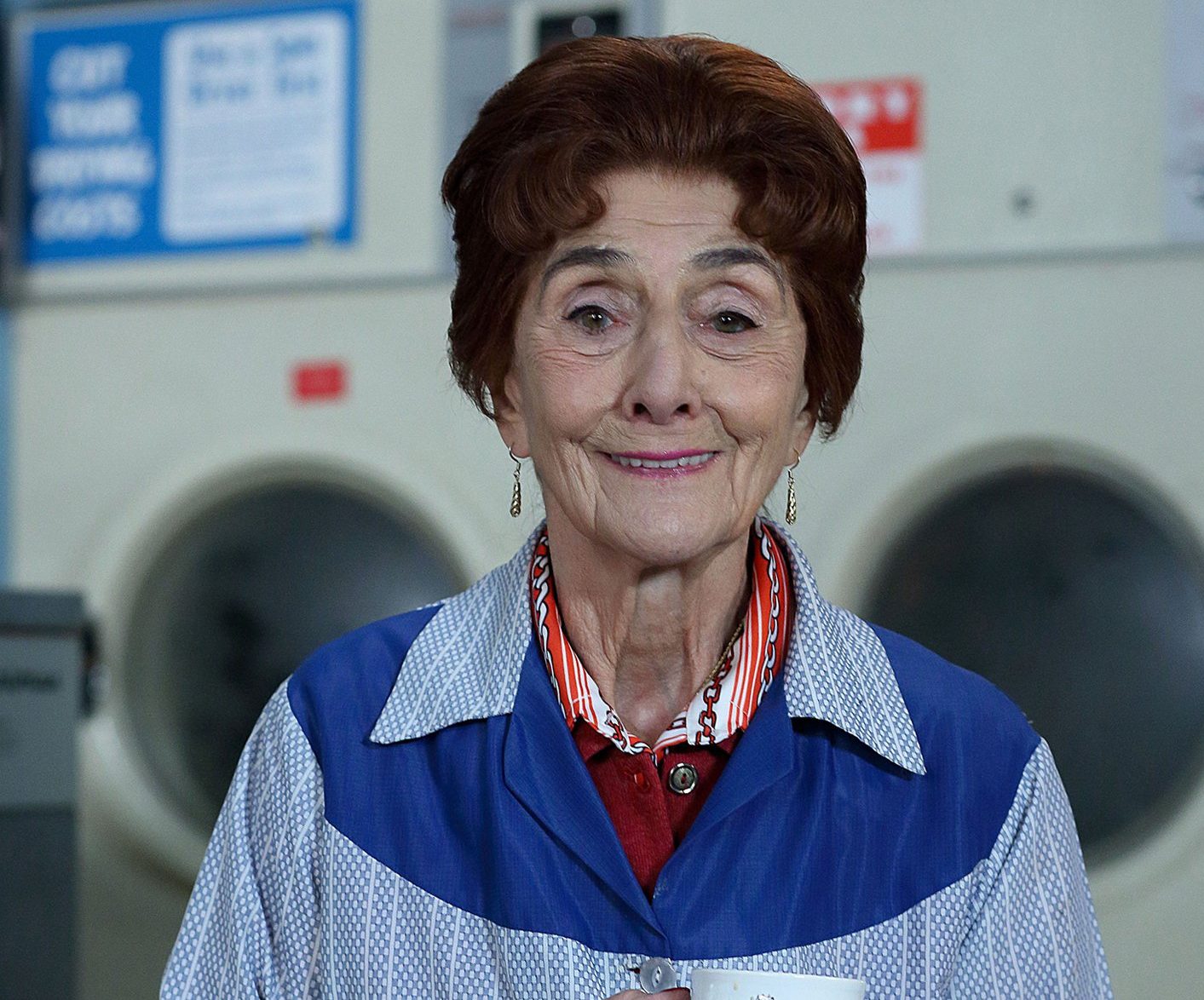 The soap legend, who played Dot Cotton on the BBC serial drama, died on Sunday at the age of 95.

At the end of this evening’s instalment, the screen went black after the credits rolled, before a black-and-white picture of the actress appeared on screen.

Fans were left emotional over the memorial, flocking to Twitter to discuss the emotional ending.

‘@bbceastenders lovely to see a tribute to the lovely #JuneBrown on tonight’s show #DotCotton #EastEnders,’ a viewer said.

‘Thinking of all her friends and family at this sad time. Fly high June x.’

‘What a nice tribute to June brown at the end of tonight’s #EastEnders in loving memory,’ a follower agreed.

‘I just love how they paid tribute to june. I’m still sad that the last of the original cast has gone forever. #EastEnders,’ one replied.

Another added: ‘Such a lovely episode and perfect tribute to June @bbceastenders #EastEnders #JuneBrown #DotCotton.’

Brown died at her Surrey home, surrounded by her family.

An EastEnders spokesperson confirmed the news with a tribute to the Albert Square legend.

‘We are deeply saddened to announce that our beloved June Brown, OBE, MBE, sadly passed away last night,’ it read.

‘There are not enough words to describe how much June was loved and adored by everyone at EastEnders, her loving warmth, wit and great humour will never be forgotten.

‘June created one of the most iconic characters in Dot Cotton, not just in soap but in British television, and having appeared in 2,884 episodes, June’s remarkable performances created some of EastEnders’ finest moments.’

They added: ‘We send all our love and deepest sympathies to June’s family and friends. A very bright light has gone out at EastEnders today but we shall all be raising a sweet sherry in June’s memory.

‘Rest in peace, our dearest June. You will never be forgotten.’

For more stories like this, check our entertainment page.

Follow Metro.co.uk Entertainment on Twitter and Facebook for the latest celeb and entertainment updates. You can now also get Metro.co.uk articles sent straight to your device. Sign up for our daily push alerts here.