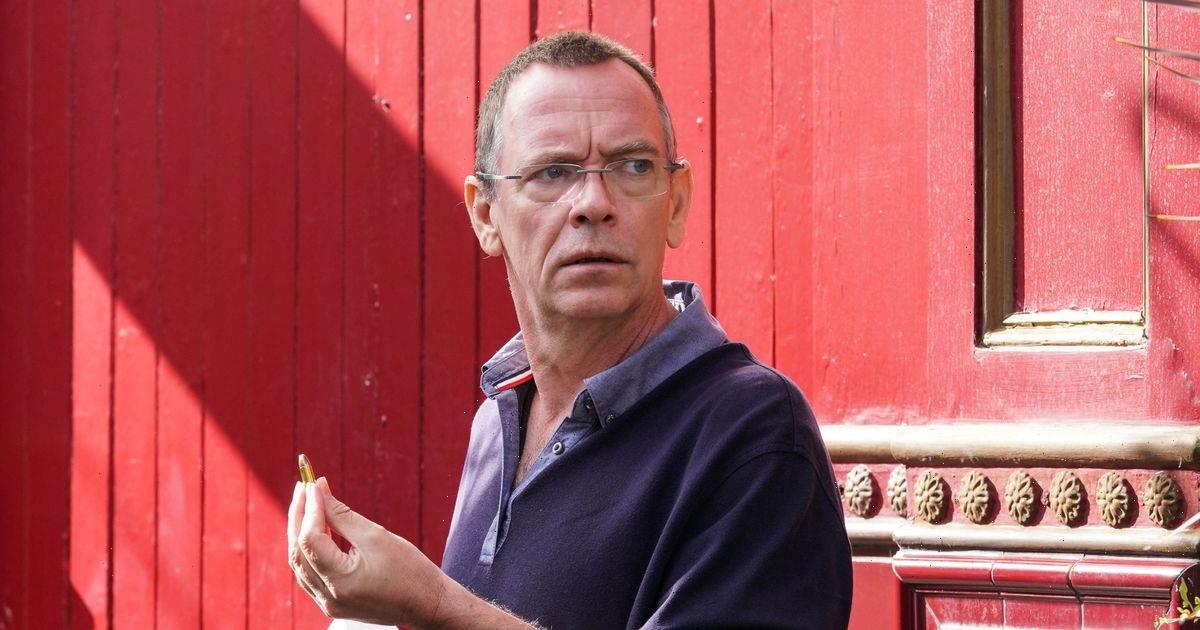 Soap legend Adam Woodyatt has hinted he may not return to EastEnders.

The actor, 54, left the BBC show last year to appear in a stage play and star in I’m A Celebrity. He is now set to tour the country in a production of My Fair Lady.

The BBC are keeping his role as Ian Beale open, but he’s admitted more opportunities away from Albert Square are on the table.

Adam, below, told website The Buzz: “I’m never gonna say never. But it’s a question I get asked all the time.

“And it’s a question I can’t answer because I don’t know the answer.”

He added: “The door’s open, but there’s a lot of doors that are open.”

The star, who plays Alfred P Doolittle in My Fair Lady, loves the stage.

He said: “I’ve kind of relearned in the last year or so why I fell in love with this job in the first place.

“You get bitten by this bug, this theatre bug. And it doesn’t leave you.”

Adam has played Ian Beale since EastEnders began in 1985.

He revealed the late June Brown, who played Dot Cotton, was one of the actors he learnt the most from.

He said: “I mean, the word legend gets thrown around far too easily. But she was without a doubt. A legend and an icon.”

This comes after the divorce from his wife Beverley Sharp has reportedly been finalised days ago, two years after their split.

Adam announced that he had split from Beverley in 2020 following 22 years of marriage.

It was understood the pair had entered into divorce negotiations, but sources have now claimed they've reached an agreement and are "officially divorced".