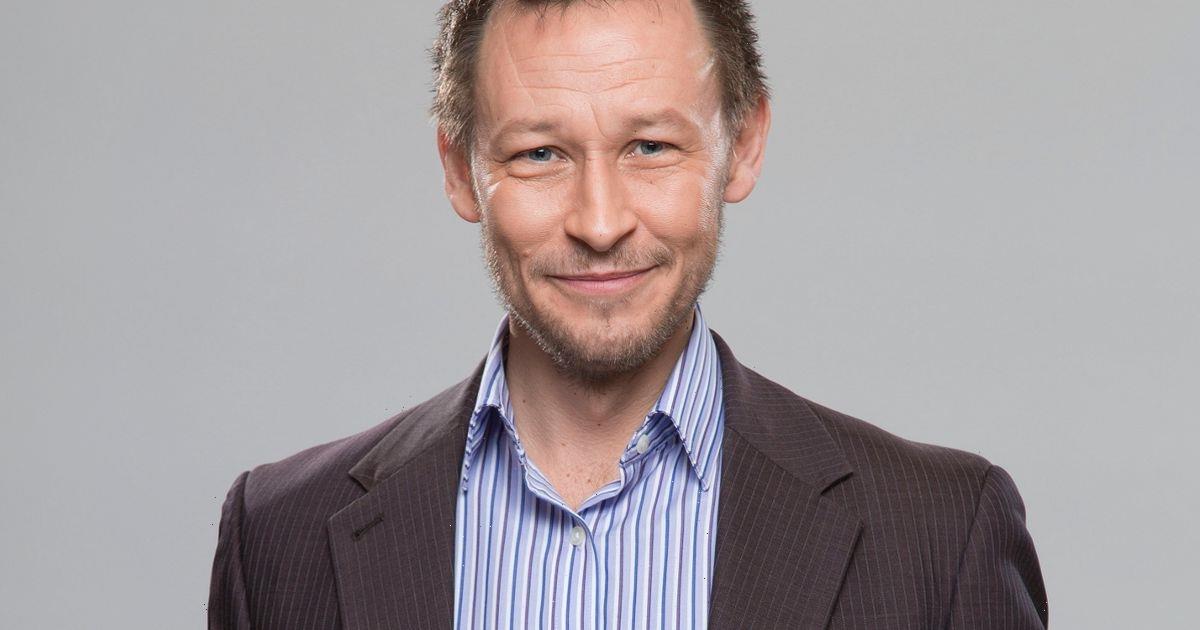 The 49 -year-old-actor, who plays Jimmi Clay in medical drama, was born in South Wales and was a West End star before becoming a soap icon.

His first role was as Tobias Ragg in Sweeney Todd at the Royal National Theatre.

During his theatre career, he starred in various West End productions including Marius in Les Misérables; Roger in Rent and Judas/Annas in Jesus Christ Superstar.

He first exploded onto our screens as Jimmi in 2005.

As Jimmi attempts to get things back on track at Sutton Vale in upcoming scenes, Daily Star has taken a look into Adrian's life away from the soap.

Adrian has previously opened up about the jobs he worked before finding fame as an actor.

He once promoted Cadbury’s Mini Rolls outside a supermarket and also worked at a hotel.

"The weirdest thing about that job was the strange requests I got from some of the female guests.

"It was quite an eye opener and I soon learnt to deliver food, take my tip and leave sharpish. I lasted two weeks."

He says it was a "pure fluke" on how he got into the world of acting.

The TV star explained: "I was about 10 years old.

"My mum took my gran to some sort of women’s knitting night or something.

They went on the wrong night and actually turned up on the amateur dramatics night.

"My mum got roped into doing a show because they were short on people. I watched it and thought that it looked like a good idea.

"Then the next show they had a slot for a young boy, so I auditioned and got the part."

Back in 2010, the soap hunk revealed that obsessive fans were "embarrassing".

Adrian said during an interview with Holby.TV: "‘It's flattering but can be embarrassing – especially if your fans turn a bit obsessive.

"One Japanese girl followed me around the UK, flying all the way from Tokyo to see me.

"She even finished with her boyfriend because of me."

Adrian once admitted that getting his kit off on a school trip was the most foolish thing he'd ever done.

He said: "‘After leaving school, some friends and I went on a school ski-ing trip to make up numbers.

"We were meant to be setting an example to the students. However, after getting drunk on cheap Austrian wine, I was dared to take part in a dash around the hotel late at night – naked.

"I got stuck hiding behind a rubber plant in a glass-fronted reception, for 45 minutes. Never again!’

Before joining Doctors as Jimmi Clay, Adrian played Liam Evans in Holby City from 2001 until 2002.

The character originally worked on Keller ward as an agency nurse and planned to leave the hospital to get married and move to Australia, but when he was jilted on his wedding day, he applied for a permanent position.

When Liam overheard his neighbours arguing, he intervened in an instance of domestic violence and got pushed off a balcony.

He was left paralysed from the waist down and became depressed.

When his ex-fiancée returned to Holby, she and Liam reconciled and moved to Australia.

Doctors fans may be unaware that Jimmi is actually Adrian's second role on the soap.

He played Andy Rees for one episode titled Sleeping Dogs back in 2002.

The actor made his first appearance as Jimmi during the episode broadcast in September 2005, and has gone on to become the programme's longest serving cast member.

Upon his introduction, Jimmi was portrayed as being recently separated and "fairly new to the profession".

Jimmi has Obsessive Compulsive Disorder (OCD) and Adrian carried out his own research into the disorder to help his portrayal.

He later admitted that Jimmi's OCD had begun to impact his own life.

Adrian has received several award nomination for his portrayal of Jimmi over the years, including Best Male Dramatic Performance at The British Soap Awards.

Doctors airs Monday to Thursday at 1.45pm on BBC One. The episode is repeated at 7pm on BBC Two.