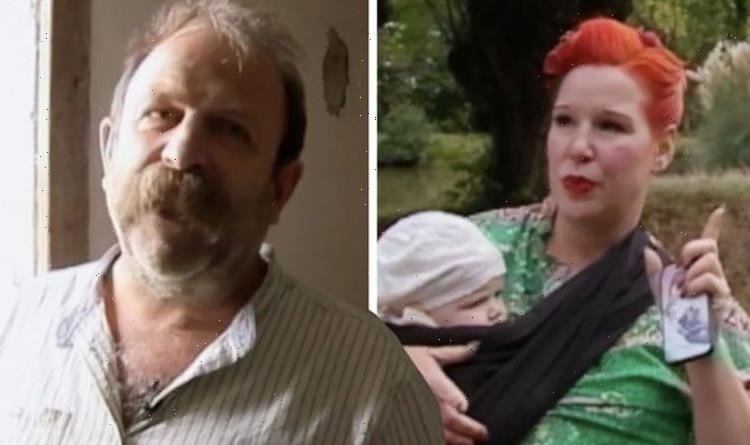 Escape to the Chateau’s Dick Strawbridge discusses the future

Dick Strawbridge and Angel Adoree spent less than an hour of their time looking around Chateau de la Motte Husson before they “fell under its spell” and were determined to call it home. In the very first episode of the Channel 4 show Escape to the Chateau, the couple were seen arriving at the property with the estate agent to view what was for sale and when they found out the walled garden had been bought by a developer, Angel had to work hard in persuading the agent to sell them the Chateau and all of its land – including the walled garden. Dick, on the other hand, said they “we’re in trouble” after Angel “found the property she wanted” and luckily because they were cash buyers and wanted to move quickly, a deal was done.

Dick told viewers: “I’m trying to be sensible, this is a huge house, it’s got the Orangery, the walled garden, it’s got all these things going for it, but we’re talking a lot of money to get it back to where it should be. It is so doable and it is so beautiful, it’s almost too good.”

Those watching at home learned a developer had already put an offer of 50,000 euros in for the walled garden with plans to build two new homes right in the middle of the grounds. 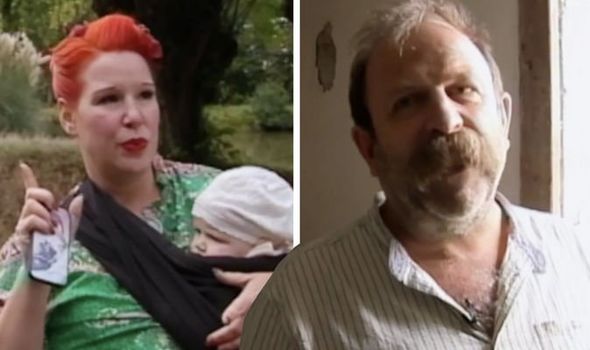 “Keep in mind, we’re cash buyers, what will he take for the entirety?” She enquired and the estate agent said: “If you say, we offer 390,000 euros today for the whole lot, then I stop the visits.”

Angel called for Dick and he replied: “I missed the conversation, what did you say, darling? Have you bought the place?”

“If we offer 390,000 euros, he will stop the visits and we can get going,” his wife explained and hands were shaken.

The couple went for one more exploration of the Chateau and were seen leaning out of the two windows above the entrance.

Dick shouted: “When she finds the one she wants, we’re in trouble!”

The narrator explained: “But to secure the house and walled garden, they will have to spend £280,000 of their £300,000 budget, leaving next to nothing for renovation.” 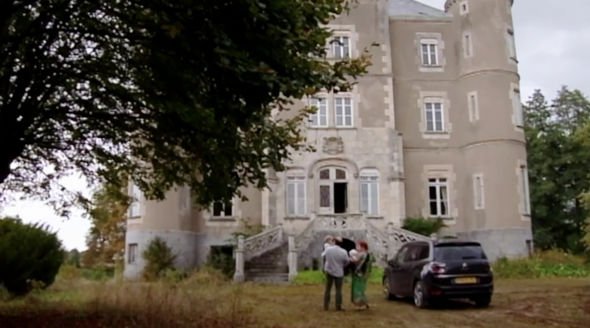 The race was then on to pack up their belongings in their flat in England and ship it to France for the big move.

Dick added: “Every hour is spent trying to work out details of the move and we’re going into January, in a Chateau without water, electricity, or sewage or heating.”

Their plan was to get enough work done with the £20,000 they had remaining and make it hospitable enough for the immediate family to live in – three weeks after they got the keys. 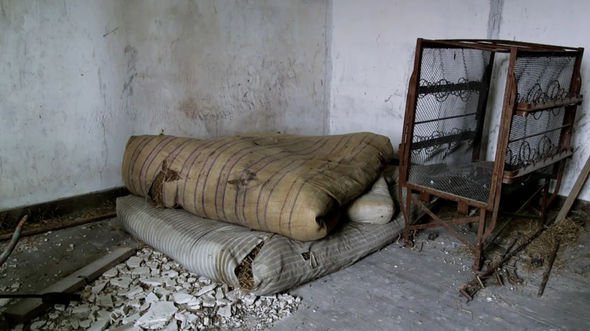 “My head is spinning,” Angel admitted. “We’ve got so much to organise and our family to look after.”

“It’s got to be warm enough, the kids have got to be able to have a bath at night,” Dick said. “We’ve got so many things to sort out.”

The next scene saw the Strawbridges bundled into a van with their vital possessions and heading to France.

It was then revealed the property had 450 faults listed in the paperwork and Dick explained: “The whole of this document says ‘Do not buy The Chateau’. It says it’s all our risk if anything happens.” 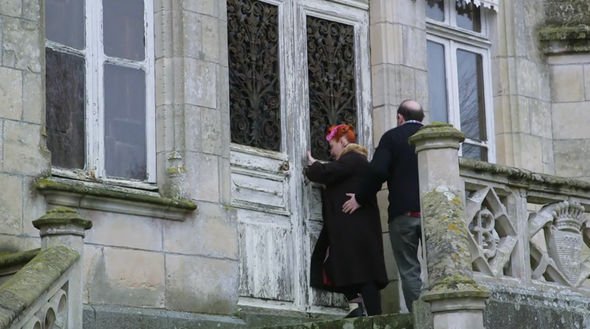 Dorothy, who was a baby at the time, was heard crying out and Dick replied: “Dorothy, it’s enough to scare me, let alone you! It is, it’s really quite worrying.”

“He’s going to say ‘it’s sold as seen,’” Angel commented and when Dick asked whether she was “fine with that,” she said “yes”.

“Even though we’ve got 200 pages of reasons not to buy it?” Her husband remarked.

After a meeting with the vendors, the paperwork was signed and the keys were handed over and Dick and Angel made their way to their new home.

Season one to seven of Escape to the Chateau are available to watch on 4oD now.