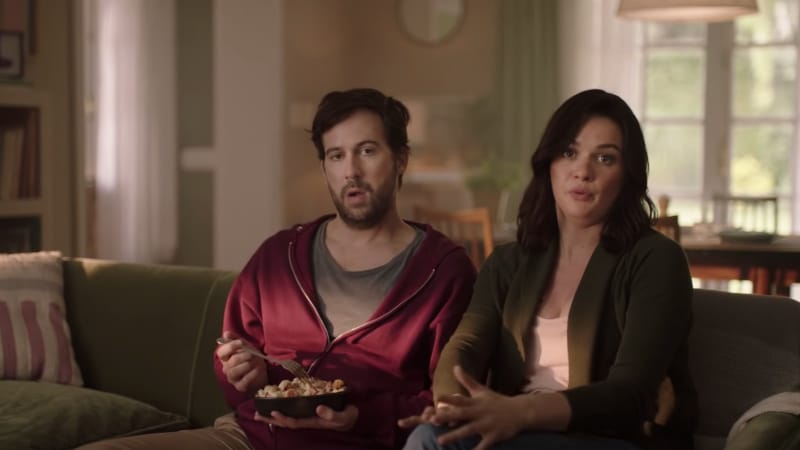 The poor woman does everything to save her marriage, including spicing things up by making a home-cooked dinner for a candlelight date. However, his issues continue to become problematic, as he starts spending his time at work looking at frozen food videos.

The commercial ends with the saying, “Never Just Eat, Devour.”