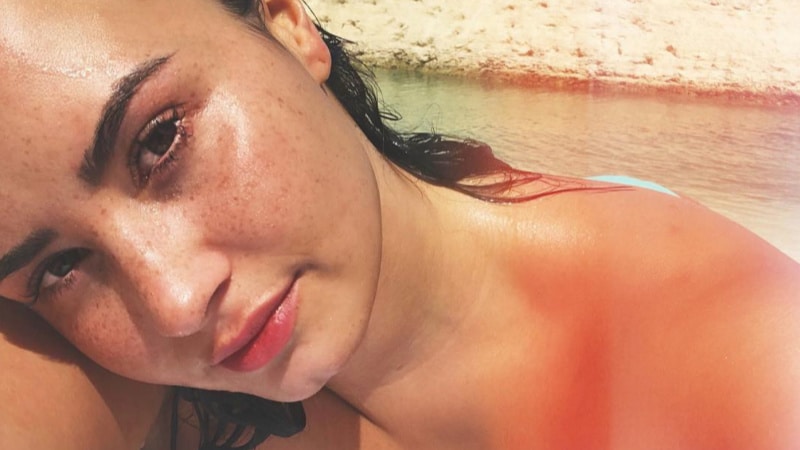 Demi Lovato was the most Googled person this year, according to the internet giant’s 2018 Year In Search — following her sudden overdose this past summer.

Lovato was rushed to the hospital after a drug overdose on July 24, and was held at the Cedars-Sinai Medical Center in Los Angeles, where fans later learned that she was stable and conscious.

Some reports claimed that she had overdosed on heroin, but sources close to the star later denied that was the case.

Demi Lovato has been open and honest about her sobriety issues, as well as mental health struggles.

Her song Sober, released just weeks before her overdose, revealed she had relapsed after six years of sobriety.

Lovato kept a low profile after her overdose until recently. She went to rehab shortly after she was released from the hospital and told fans she planned to focus on her recovery.

“I now need time to heal and focus on my sobriety and road to recovery. The love you have all shown me will never be forgotten and I look forward to the day where I can say I came out on the other side. I will keep fighting.”

Sources close to the singer revealed that she wanted to get sober and be healthy. She’s relied on working out, fitness, and jiu-jitsu to stay occupied. It sounds like she’s maybe on the path to finding love as well, as she was spotted on a date with Henri Levy, a fashion designer, this past week.

2019 looks promising for the actress. Not only is she giving herself time to explore a romantic relationship, but she was also just nominated for a Grammy Award. This marks the second Grammy nomination for Lovato.

The Grammy nomination is for Best Pop Duo/Group Performance for the song, Fall in Line, a song by Christina Aguilera where Demi was featured.

In addition, Demi appears to be removing various people from her life to focus on herself.

Back in November, Entertainment Tonight revealed that she had unfollowed Selena Gomez, Nick Jonas, and Iggy Azalea on Instagram. These are all people who were close to Demi at one point in time.

As long as Demi Lovato continues to focus on herself, 2019 could be her best year yet.