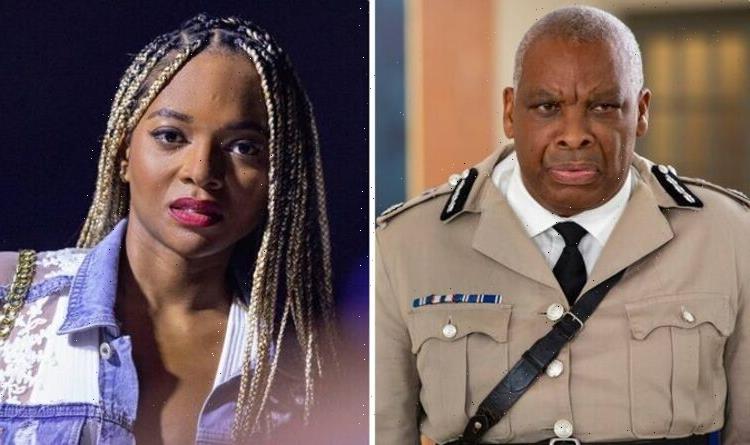 Death in Paradise came back for its 11th series last month, welcoming some new characters to the team. The penultimate episode is going to air on BBC One tonight, Friday, February 18, at 9pm. Here’s everything Express.co.uk knows about the season 11, episode seven guest stars.

Who is in the cast of Death in Paradise season 11, episode 7?

Starring in the rap-central episode is actor Malcolm Atobrah as rapper Deshawn Lyons.

Back in 2016, he starred as Jermaine in the children’s show New Skool Life.

Since then, Atobrah has had minor roles in Shakespeare & Hathaway: Private Investigators, Nine Nights and Intergalactic.

He is currently working on a TV short called 10 to 6 which he will star in as a character called Lee.

Atobrah will be joined by actress Jessye Romeo in episode seven as Jadesolo Okoro.

It isn’t known yet if Jadesolo is a fellow rapper or simply connected to the rapping world through association.

In 2019, she was also Meg Donahue in the Sky One drama Curfew.

Ajay Okoro is linked to Jadesolo but it hasn’t been made clear in what manner.

He could be her brother but how does he tie in to the team’s latest murder investigation?

Actor Riaze Foster has only had a couple of minor roles up until this point in his career.

In the 2018 film Yardie, Foster played Clancy, while in Netflix’s Top Boy, he appeared as Marlon in the episode Bruk Up.

Another fresh new face on TV is actress Harmony Rose-Bremner as Erica Williams.

She kick-started her acting career in 2015 when she was Bex in the series Eve.

Since then, Rose-Bremner has been in the movie The Dark Mile, TV short I Am Not and Logan High.

She is currently shooting for the film Bluefish, her IMDB page reports.

Joining the cast for episode seven is actor Kwami Odoom as Trenton Isaac.

He took on the role of Dale in the Sky drama The Athena in 2019 and has since been in The Rook, Home and Shakespeare in Isolation.

Last year, Odoom had a minor part in Holby City and Ladhood on BBC One.

Death in Paradise season 11 continues tonight, Friday, February 18, at 9pm on BBC One.