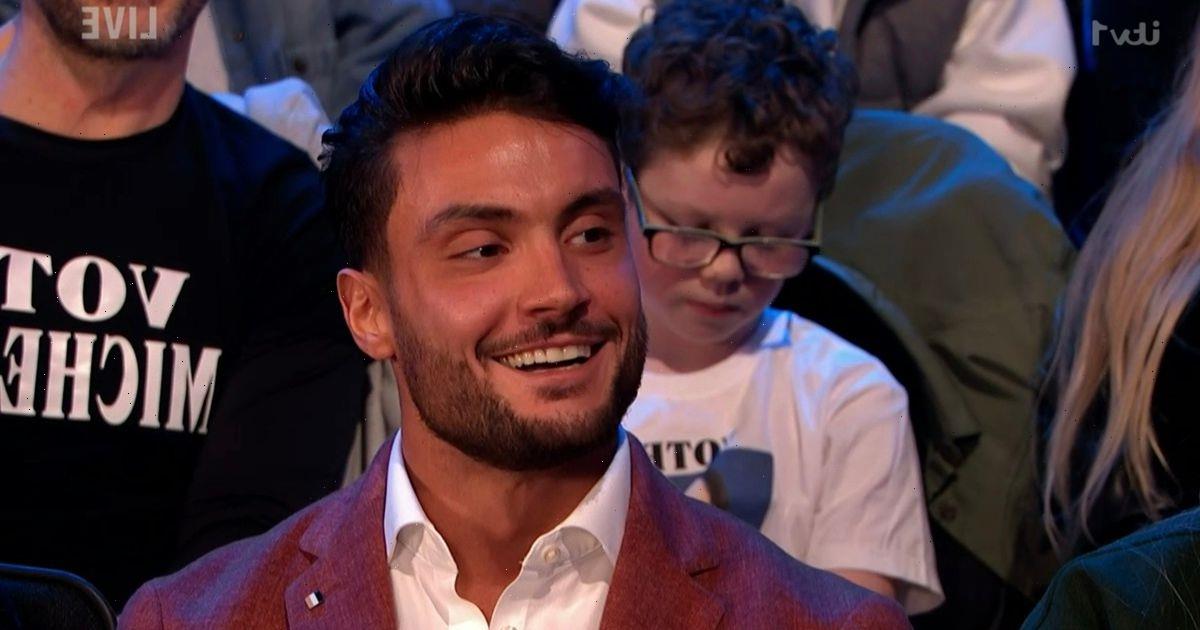 Davide Sanclimenti made a cheeky comment about his girlfriend Ekin-Su Cülcüloğlu’s outfit during her first performance on Dancing on Ice on Sunday.

The star-studded premiere saw the first batch of celebrities take to the ice in the hopes of impressing the judges, Ashley Banjo, Jayne Torvill, Christopher Dean and Oti Mabuse.

For her routine, Ekin-Su looked incredible dancing to Britney Spears' legendary song Toxic in a very skimpy sequinned thong leotard, where she also included the iconic moment she crawled across the floor of the Love Island villa’s terrace

And later, while chatting to host Holly Willoughby, Davide, who earlier appeared on the show’s official Instagram page, commented on Ekin-Su's racy costume, which featured a sparkly nude illusion.

“How fit is your missus?” Holly questioned, to which Davide responded: “Looking forward to going home.”

His joke earnt laughs from both the audience and Holly, who replied: “Yeah, I bet! We’ll make sure she keeps the outfit.”

“She was wonderful, very beautiful, and I was proud of her seeing her dancing on the ice,” Davide added.

Her performance also went down a treat with fans, many of which noticed the subtle nod to her “iconic Love Island crawl.”

Taking to Twitter after the routine, one fan tweeted: “Obsessed with Ekin Su recreating this [balcony crawl] and skating to Toxic.”

Another added: “Screaming that Ekin Su managed to incorporate her iconic Love Island crawl in her dance”.

While a third said: “Ekin was absolutely incredible AT THEM ALL UP! From the outfit and make up to the dance itself.”

However, sadly later on Ekin-Su learnt she would be in the skate-off as she said: "I feel sad. But that’s fine I keep going.”

She then revealed that she had been struck down by an illness days prior to the show, saying: “I’ve been really ill as well this week, it’s not an excuse, I’ve just got back up.”