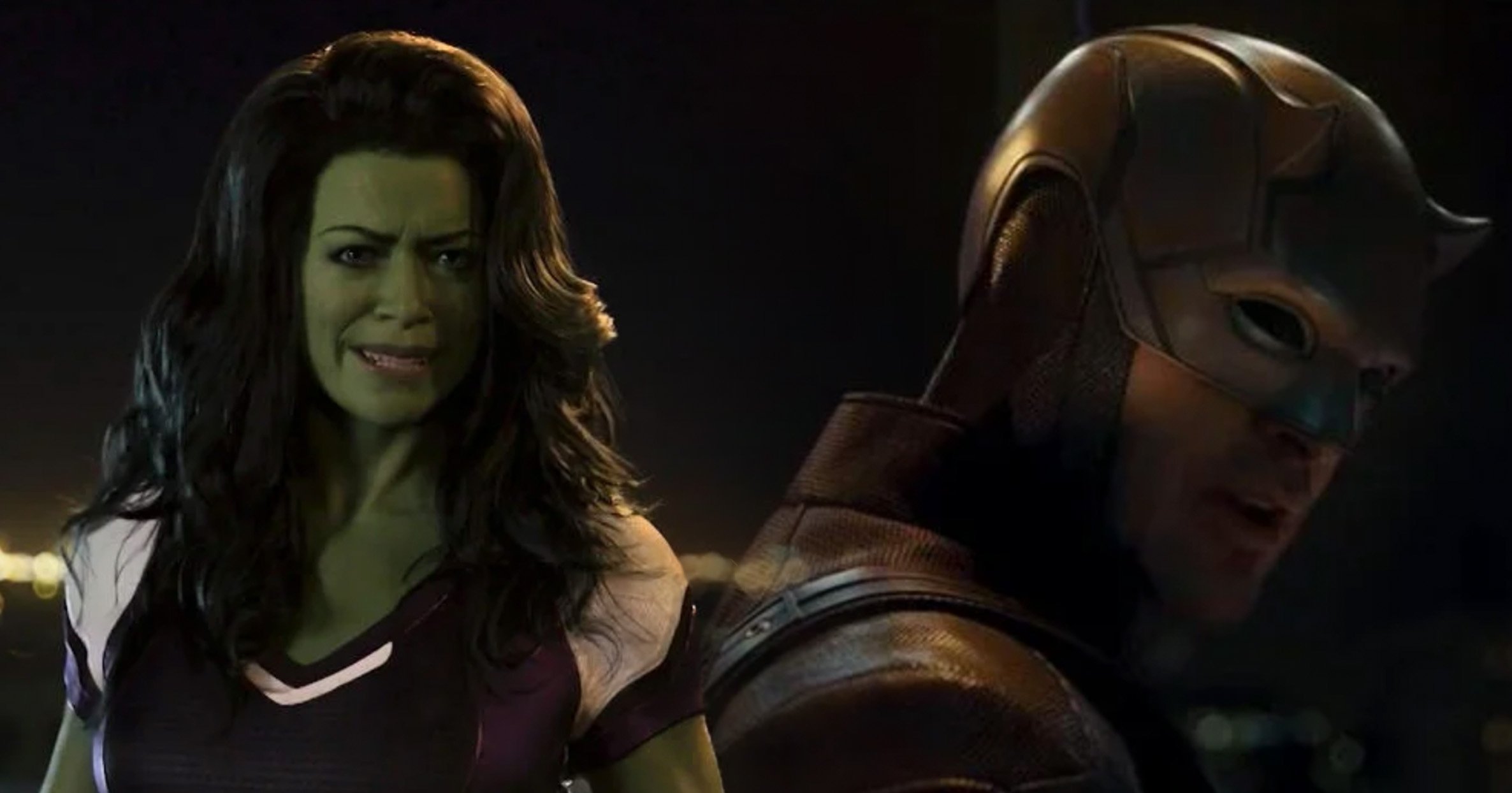 Marvel fans have criticised the latest episode of She-Hulk: Attorney at Law after Daredevil was shown having sex. Yes, really.

The Disney+ action comedy teased that the superhero, whose real name is Matt Murdock, would return in the show, and its eighth episode delivered.

A return for Charlie Cox to the role of Daredevil is something Marvel fans have been hoping for ever since his show was cancelled by Netflix in 2018.

In his return to the small screen for the first time in four years, Murdock, a lawyer who was blinded by a radioactive substance as a child, teamed up with She-Hulk Jennifer Walters (Tatiana Maslany).

But delighted as many viewers were to see Cox, 39, reprise his role, some have been left feeling stung after Walters and Murdock were showing getting very close.

‘[Daredevil] is a light hearted character but him acting like a wh**e is where I draw the line,’ one fan responded to the episode social media.

They continued: ‘It took Marvel one scene to completely destroy a character’s reputation that both him and the actor earned through the 3 seasons of a series.’

While many viewers jumped to the defence of She-Hulk’s writers for depicting a casual relationship between Daredevil and She-Hulk, others remained unimpressed.

‘I think [Daredevil] was treated well, but they are really ignoring his Catholic roots because of the sex scene,’ a second viewer argued.

In defence of Marvel’s decision, some people watching the episode sarcastically joked that Daredevil was no longer relatable to them after having sex with She-Hulk.

‘It’s a betrayal to us, the fans, to see our favourite character, someone we all relate to, have sex. It’s unrealistic,’ one fan said, laughing at the reaction received by the episode.

Other Marvel devotees were very quick to point out that this is not the first time Daredevil has been shown having sex, whether on screen or in the comics.

In season 2 of the Daredevil Netflix show, Murdock gets up close and personal with Elektra (Elodie Young), while a relationship with Black Widow is depicted in the comic series.

Some Daredevil enthusiasts had been worried that She-Hulk: Attorney at Law was running out of time to introduce the character, with just three episodes remaining after last week.

Their worries were soothed, however, when Murdock appeared in this latest episode – he is set to appear one more time before the 10th and final episode.