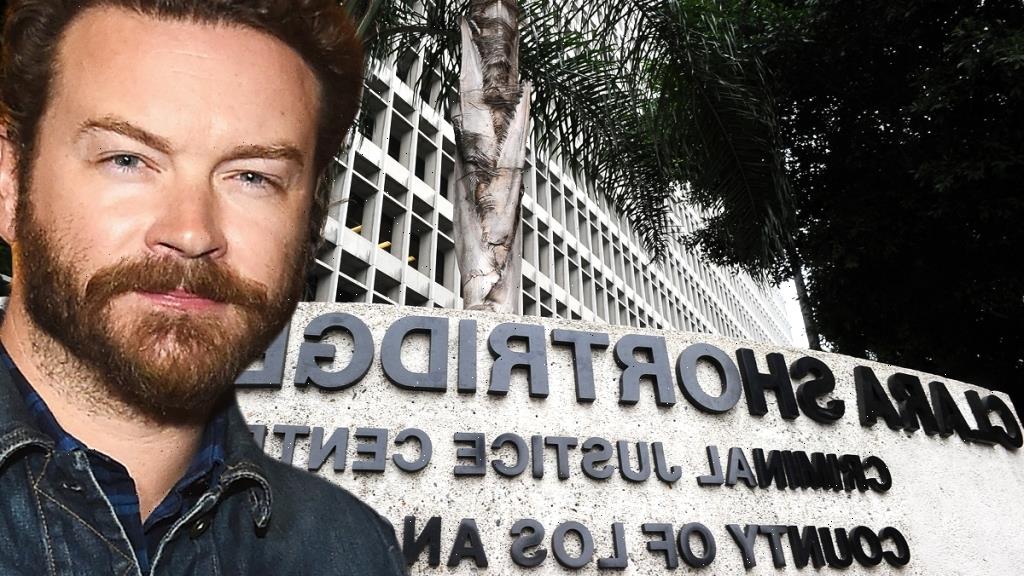 Danny Masterson will not discover his fate on three counts of forcible rape until after Thanksgiving.

After less than three days of deliberations by the jury, the panel has just told Judge Charlaine Olemdo they are deadlocked on all three count and cannot reach an unanimous verdict. Deciding that three days isn’t enough to declare a mistrial, the LA Superior Court judge has sent the juror’s home for Thanksgiving, Judge Olemdo gave the panel instructions to return on November 28 to start their ruminations again .

Masterson was arrested in June 2020 on three counts of forcible rape that allegedly occurred in 2001 and 2003 at his Hollywood Hills home. Out on $3.3 million bail ever since being arrested, longtime Scientologist Masterson had previously been unceremoniously dropped from Netflix’s Ashton Kutcher co-starring comedy The Ranch at the end of 2017 as claims became known. Seated at the defense table for every day of the trial with a revolving door of family and friends in court with him, Masterson has always denied having nonconsensual sex with the Jane Does of this case or anyone else.

Just like today, the jury began their second day of closed door deliberations just after 9 AM Thursday, with Masterson and lawyers from both sides close by in the DTLA courthouse. Not long afterwards, the jurors asked if they could get a transcript of testimony about the call between the defendant and Jane Doe #1 when the latter was in Florida right after her alleged 2003 rape. Judge Olmedo told the panel the court reporter would read it back to them – which she did.

Even going into a second day, it was actually obvious from early Wednesday that the panel of seven women and five men were drilling down on their duties and a verdict may not come as quickly as assumed. Not long after gathering at 9 AM on November 16, the jurors asked to take a look at a number of exhibits in the case – which was provided to them ASAP. Mid-morning yesterday before the lunch break, the jury sought LAPD reports on the alleged assault, as well as other material from the defense’s closing argument. With the jury back in the courtroom., along with lawyers and Masterson, Judge Olmedo informed the panel that any material from closing arguments is not actually evidence. Hence, the requests were denied, and the jury went back to deliberating until about 4 PM that afternoon.

With testimony stating on October 18, the often contentious trial saw all of the three Jane Does at core of the case take the stand. All former Scientologists, the Jane Does offered often deeply emotional statements under questioning from Deputy LA County District Attorneys Reinhold Mueller and Ariel Anson and an openly combative defense team of Cohen and Karen Goldstein. Masterson himself decided not to testify in his own defense, as he told the court on November 14 and his team called no witnesses of their own. While Judge Olmedo repeatedly explicitly said Scientology was not on trial here, the David Miscavige-led church and its policies, its allegedly warnings of the Jane Does not to go to the police and protection of Masterson were frequently brought up – – at least 700 times before this week’s closing statements, according to Cohen.

Sometimes seeming to represent Scientology as much as Masterson, the defense put forth ultimately unsuccessful motions for a mistrial based on mentions of the church time and time again.

Also brought up in the trial, but never actually taking the stand were Hollywood heavyweight lawyer Marty Singer and ex-high profile Scientologist Lisa Marie Presley. Both were on the prosecution’s witness list but the latter was scheduled to testify, and even seen in the halls of the Clara Shortridge Foltz Criminal Justice Center in late October. However, due to the length of Jane Doe #1’s testimony, the already reluctant Singer was bumped and eventually never called. Testimony from rock scion Presley was dropped by the prosecution on November 9 after Judge Olmedo strictly limited what they could ask her. Specifically, the judge eradicated anything about potential obstruction of justice by the Church of Scientology in the alleged sexual assault of Jane Doe #1 by the That ‘70s Show actor in 2003.

The Church failed last month in its attempt to get the Supreme Court step in and potentially into stop several former members of the church and alleged Masterson victims from taking them and the actor to court in a civil case on claims of surveillance, harassment and the killing of pets. Revived earlier this year by California’s Court of Appeal, the lawsuit from Jane Doe #1 – 3 and others says they were targeted by Scientology after going to the LAPD with their rape claims against Masterson has been paused until around mid-December aka once the criminal trial is done and over. Still, with the behind closed doors “religious arbitration” effort by Scientology swatted away by SCOTUS, and ex-Scientologists among the core victims in Masterson’s criminal trial, it was inevitable the celebrity-rich Church and its internal methods would be in the judicial and media spotlight in this case.

Starting around the fifth anniversary of the New York Times‘ exposé of Harvey Weinstein’s decades of rape and other abuses of women, the ongoing Masterson trial was also mirrored by the one-time mogul’s ongoing West Coast trial for a multitude of sex crimes just down the hall at the Clara Shortridge Foltz Criminal Justice Center. With a number of Jane Does taking the stand the past few weeks, including current California First Partner Jennifer Siebel Newsom, the already East Coast convicted and incarcerated Weinstein is looking at over 60 years behind bars if found guilty in LA. That’s up to 60 years in a Golden State prison in addition to the 23 years he was sentenced to in NYC in March 2020.

Like the Masterson trial, the Weinstein trial is also going dark next week for the holiday, and will be back on November 28.