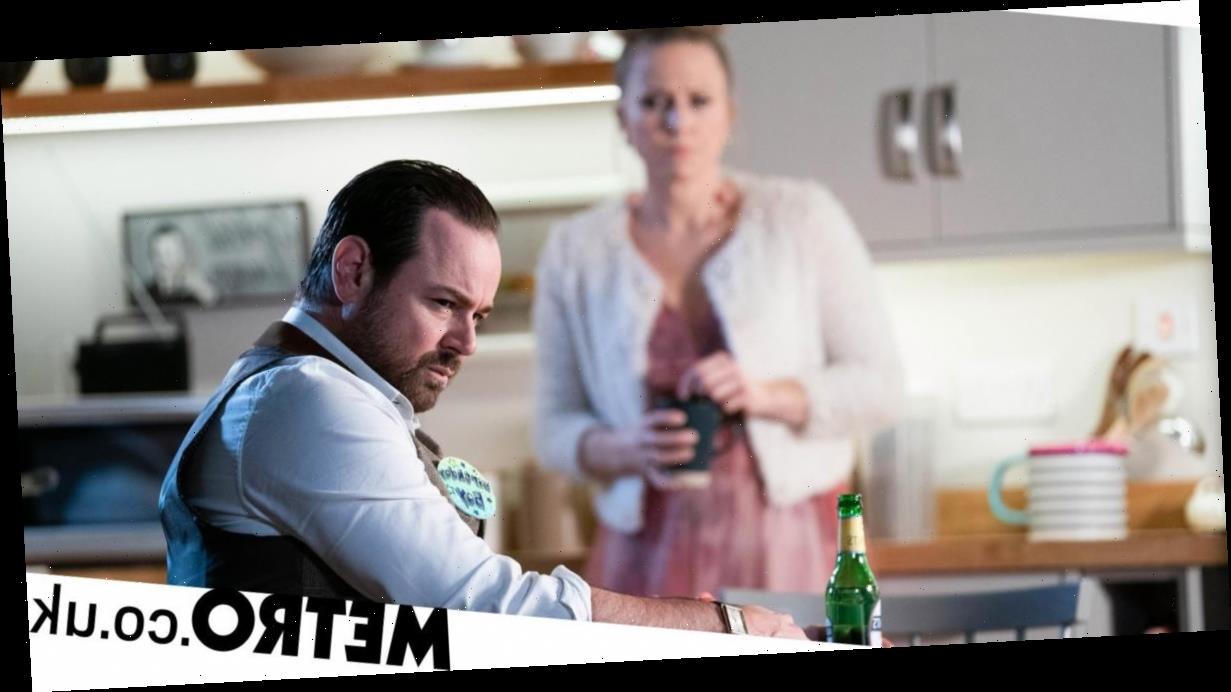 Danny Dyer has opened up about what it has been like filming EastEnders amid the ongoing pandemic, admitting it’s made his hard-hitting sexual abuse storyline much more difficult.

Viewers have seen his character, Mick Carter, dealing with the sexual abuse he suffered as a child at the hands of a children’s home worker, Katie Lewis, and finding out he fathered her daughter Frankie when he was just 12.

The gripping and emotional scenes were filmed during the ongoing coronavirus pandemic , and with social distancing between the actors and other Covid-safe guidelines in place, it made for a very different experience on set.

Danny explained on The One Show: ‘I’m grateful to be working, definitely, because there are so many people that haven’t got that opportunity but it’s not what we do, you know?

‘It’s Covid regulations, guidelines. It’s an ensemble piece, EastEnders, but we’re not… we’re all in different groups now and we don’t really see each other.

‘Each director’s assigned a certain family and they only film with that family so that level of intimacy that’s just been taken away, that’s really, really difficult.

‘To film it in the way we’re filming it was really difficult but, you know what, Mick’s found his mojo back. Tonight’s a big ep, it’s a new chapter for the Carters and it’s Jake Wood’s last episode tonight I believe.

‘I want to wish Jake all the best – he’s an icon of the show and a great man so it’ll be sad to see him leave. But we have to move on and it’s a good ending tonight.’

The One Show airs weekdays from 7pm on BBC One.