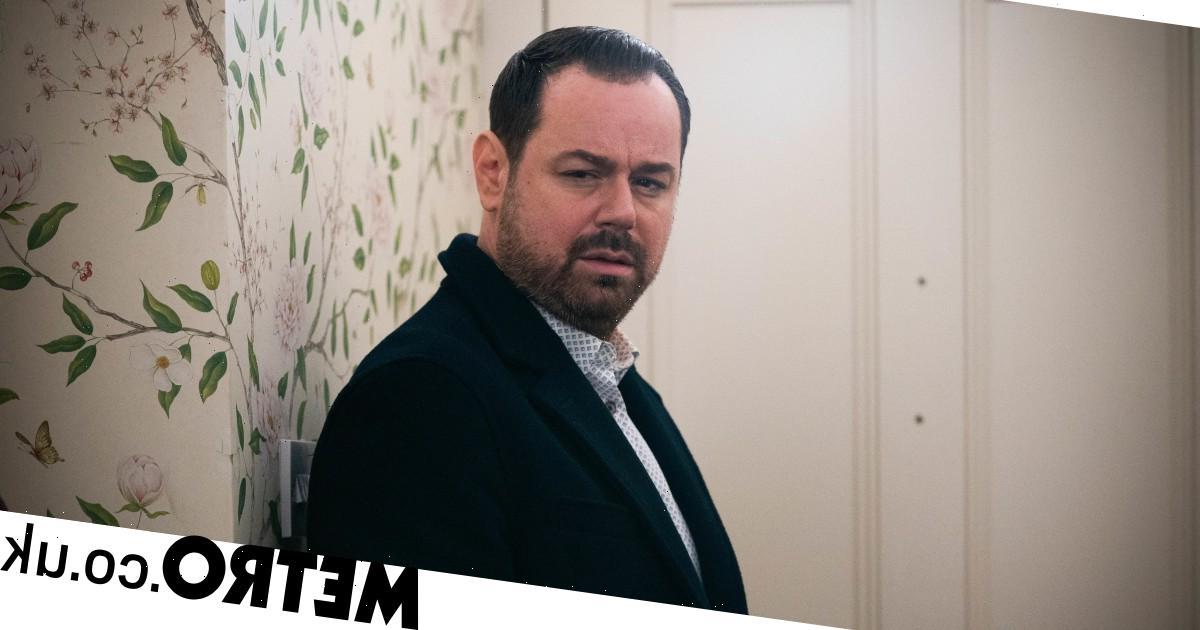 EastEnders star Danny Dyer has revealed that he told bosses he was ‘going to die’ if he didn’t take a step back during a difficult time in his life.

The actor, who portrays Mick Carter, openly discussed his reasons for taking some time out of the BBC One soap in 2017, revealing that years of fame left him feeling like he’d ‘lost the plot’.

The Human Traffic star revealed that he had ‘no validation’ of who he was, and felt like he’d become a ‘cartoon character’, and had ultimately lost himself.

‘I was doing s**t loads of f****** drugs,’ he added on Jaime Winstone’s podcast Greatest Night Ever. ‘I was searching for something. There was a hole in me and I couldn’t work out what the f*** it was.’

Danny, 45, credits wife Jo as the reason that he ultimately sought help for what he was going through, revealing that their wedding day was the greatest night of his life.

The soap star said that he was ‘in awe’ of his bride on the day in question, which led him to realise that he needed help for his mental health.

‘I knew I had to sort myself out’, he added, revealing that he subsequently approached EastEnders bosses to tell them what he was going through.

‘I turned around to the bosses of EastEnders and I said: “Listen, I’ve gotta go somewhere. I’m going to die”,’ he said.

Danny returned to EastEnders shortly afterwards, and has remained a much-loved part of Walford ever since.

The actor, however, will depart later this year, after it was confirmed in January that he had decided to leave the show after almost 10 years as Mick Carter.

The exact nature – and timing – of his departure have so far been kept under wraps. Danny has reassured fans that whatever happens, he’s pushing for an exit that ‘gets people talking about it’.

Speaking to Metro.co.uk at the British Soap Awards, Danny said: ‘We’re still in debate about how I’m gonna leave.

‘And, while it was always believed that Mick would not die, it sounds like it may not be as off the table as we think.

‘It may be that we never see Mick again,’ Danny said.

EastEnders airs Mondays to Thursdays at 7:30pm on BBC One.