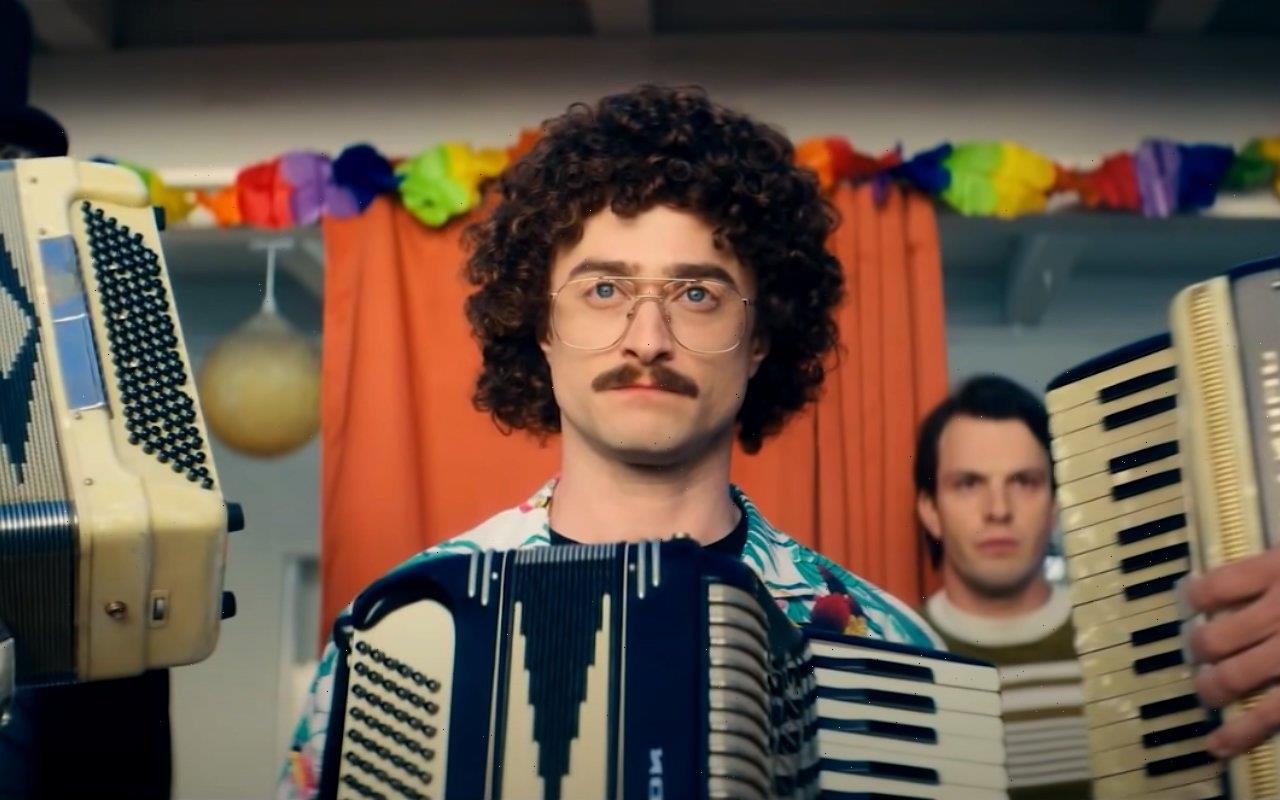 The ‘Harry Potter’ star is also seen gulping whiskey onstage and bragging about him being ‘full of surprises’ as he portrays ‘the king of spoof’ in the upcoming biopic.

AceShowbiz – Watch Daniel Radcliffe as he’s never been seen before in “Weird: The Al Yankovic Story“. The first teaser trailer of the movie has been unleashed online, showing the actor completely transforming into Weird Al Yankovic.

The approximately one-minute video offers a glimpse of how the actual comedian starts getting associated with accordion. “Anyone got an accordion?” Radcliffe’s character asks in a scene, which seems to be set at a party, before several accordions are thrusted at him.

The video also shows Radcliffe’s Al Yankovic performing onstage and his antics. He is seen getting barechested onstage and taking a gulp of whiskey before spitting it into the air. He also sings “Like a Surgeon”, a riff on Madonna‘s “Like a Virgin”. Toward the end of the video, he brags that he’s a man “full of surprises.”

“Weird: The Al Yankovic Story” will focus on the prolific career of the singer, actor and pop cultural icon. “The biopic holds nothing back, exploring every facet of Yankovic’s life, from his meteoric rise to fame with early hits like ‘Eat It’ and ‘Like a Surgeon’ to his torrid celebrity love affairs and famously depraved lifestyle,” the press release said. ” ‘WEIRD: The Al Yankovic Story’ takes audiences on a truly unbelievable journey through Yankovic’s life and career, from gifted child prodigy to the greatest musical legend of all time.”

The movie, billed as Roku’s first original biopic, is produced by Funny Or Die and Tango, and will be available exclusively for free on The Roku Channel. Yankovic will produce the movie along with Mike Farah, Joe Farrell and Whitney Hodack for Funny Or Die, and Tim Headington, Lia Buman and Max Silva for Tango. Funny Or Die’s Henry Munoz III and Tango’s Neil Shah are on board as executive producers.

Radcliffe previously said about tackling the character, “Wearing the Hawaiian shirt is a huge responsibility that I don’t take lightly, and I’m honored to finally share with the world the absolutely 100 percent unassailably true story of Weird Al’s depraved and scandalous life.”

The biopic will debut this fall on Roku Channel. It also stars Evan Rachel Wood as Madonna, Rainn Wilson as radio broadcaster Dr. Demento, and Julianne Nicholson and Toby Huss as Yankovic’s parents Mary and Nick.