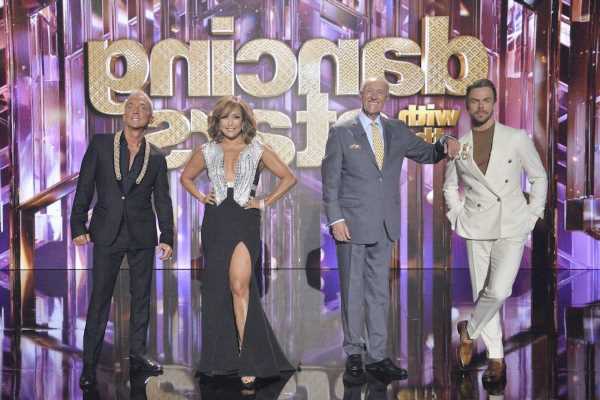 Nine couples remain in the season 30 competition of Dancing with the Stars. On Nov. 1, the couples will perform traditional ballroom dances to the music of the legendary rock band Queen. Find out which songs each celebrity will dance to with their pro partners during DWTS Queen Night. Plus, which couple will perform to Queen frontman Freddie Mercury’s favorite song.

Dancing with the Stars Season 30 began with 15 couples. So far, the following celebrities have been eliminated:

Each week, many fans are shocked at who is in the bottom two and which celebrities the DWTS judges choose to save. While these celebs are no longer in the running for the Mirrorball Trophy, fans can expect to see them return in the finale special on Nov. 22.

Nov. 1 will be the fifth theme night this season. So far, the contestants have danced their way through themed nights with performances inspired by Britney Spears, Walt Disney World, Grease, and horror movies. In week 7, they’ll dance to the following songs by Queen (via ABC):

Some ‘Dancing with the Stars’ fans dislike themes like Queen Night

Disney Night has always held a special place in Dancing with the Stars fans‘ hearts. But this season, the theme nights are starting to wear on some fans who think they take away from the purpose of the competition — mastering the art of ballroom dance.

In a thread titled “Theme Nights are a bit excessive this year” on Reddit, fans talk about their dislike for the DWTS theme nights. “I feel it’s keeping the contestants from opening up fully,” the user says. “I wish we held back a bit on the theme nights and maybe do one every other week.”

In previous DWTS seasons, theme nights like “Most Memorable Year” would showcase the contestants sharing stories from their personal lives. But now, it seems every week there’s another theme the celebrity contestants have to perform within.

Despite what some fans are saying, there’s still one more theme night slated for Dancing with the Stars Season 30. On Monday, Nov. 8, fans can expect to see Fashion Night in the ballroom.

There are only four episodes left! Dancing with the Stars airs Monday nights at 8 PM EST on ABC.