The Love Island star will now avoid the notoriously tricky Detroiter lift from their routine. 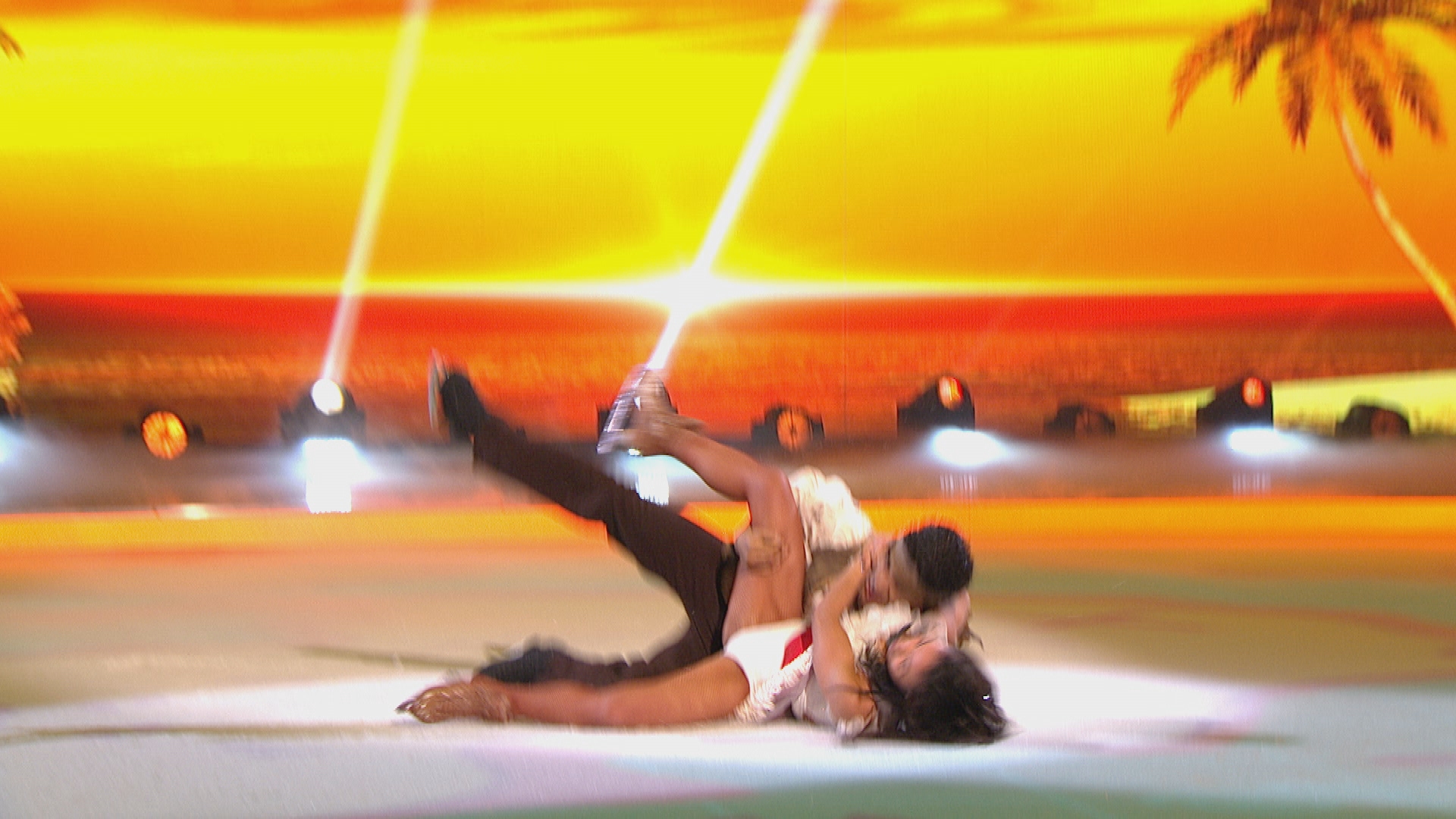 20-year-old Wes and dance partner Vanessa Bauer had been in full costume for a final skate before the quarter-final when he slipped on his right foot, causing the duo to come crashing down to the ice.

The impact of the fall seemed to have taken a toll on Wes as he landed on his left-hand side.

Receiving immediate medical care on the side of the rink, a paramedic inspected the star's wrist and forearm.

Vanessa was seemingly unharmed as she nervously awaited the medic's verdict from the ice rink. 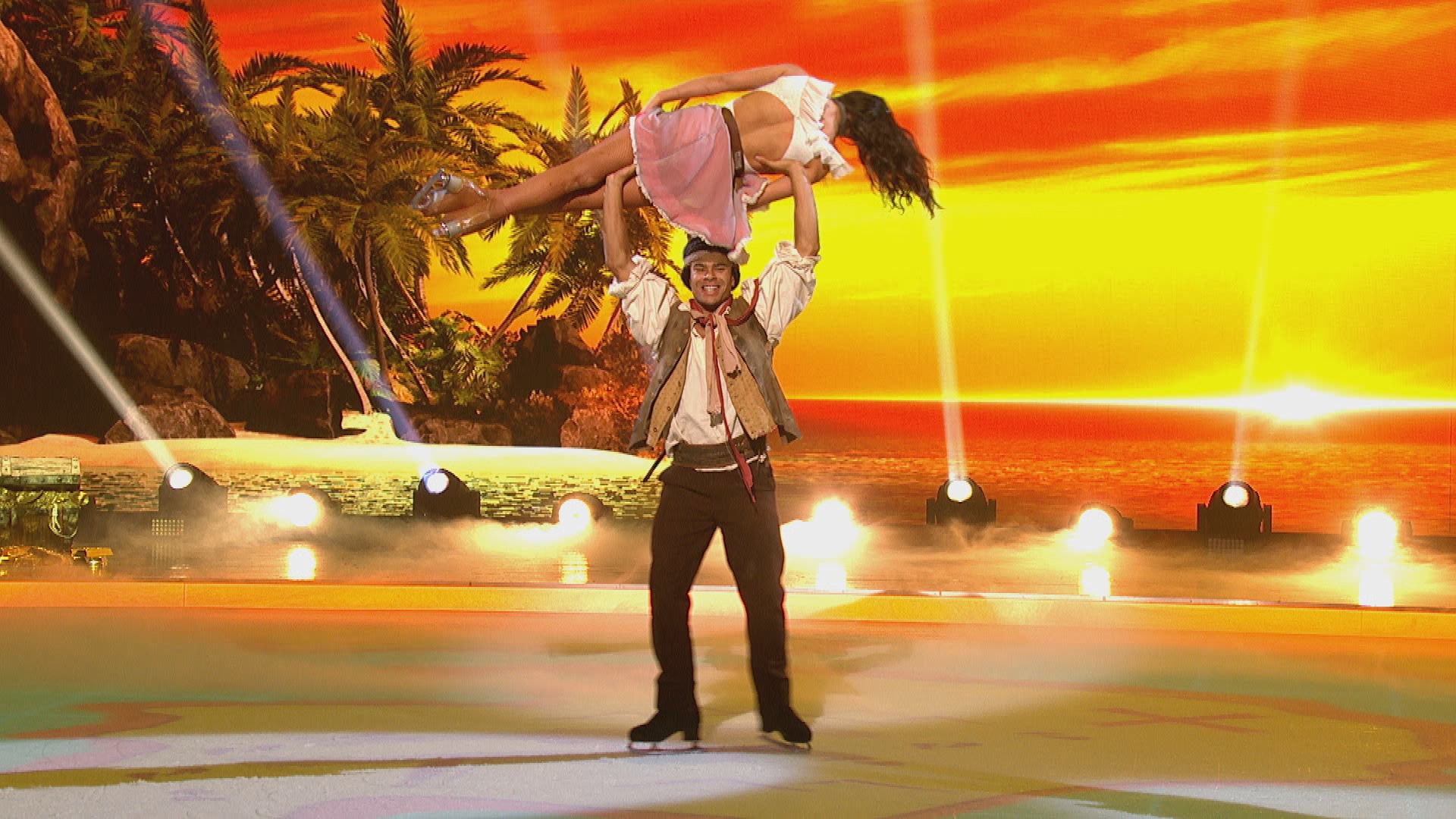 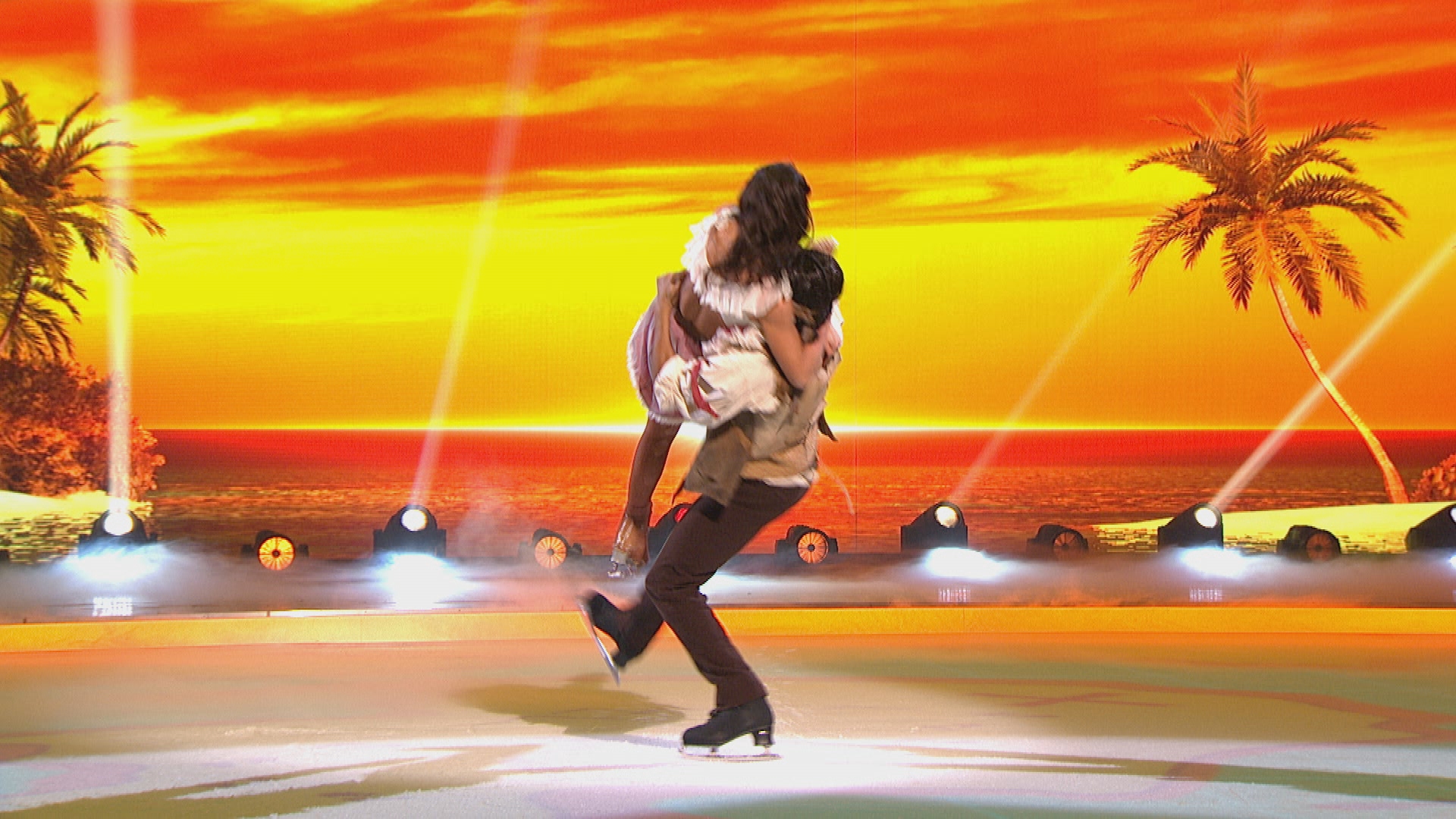 A Dancing on Ice spokesperson confirmed to The Sun Online: "Wes was assessed by show medics and as a result they will be changing their routine for this evening's performance. They will no long be incorporating the Detroiter lift into the routine."

The duo will be skating against James Jordan, Melody Thornton, Brian McFadden and Saara Aalto.

It was recently reported that Wes stands to rake in over £1million after his success on the skating show. 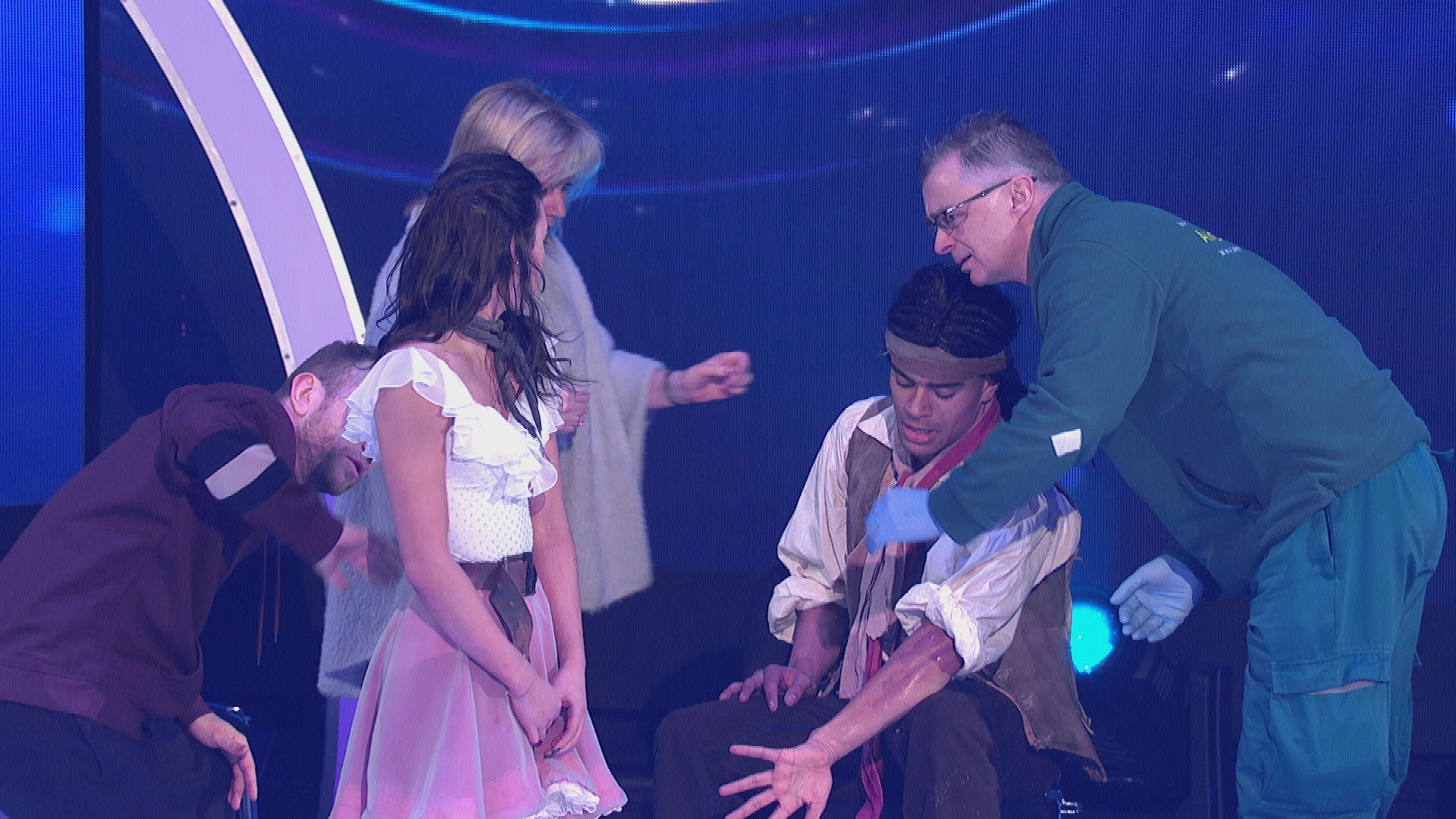 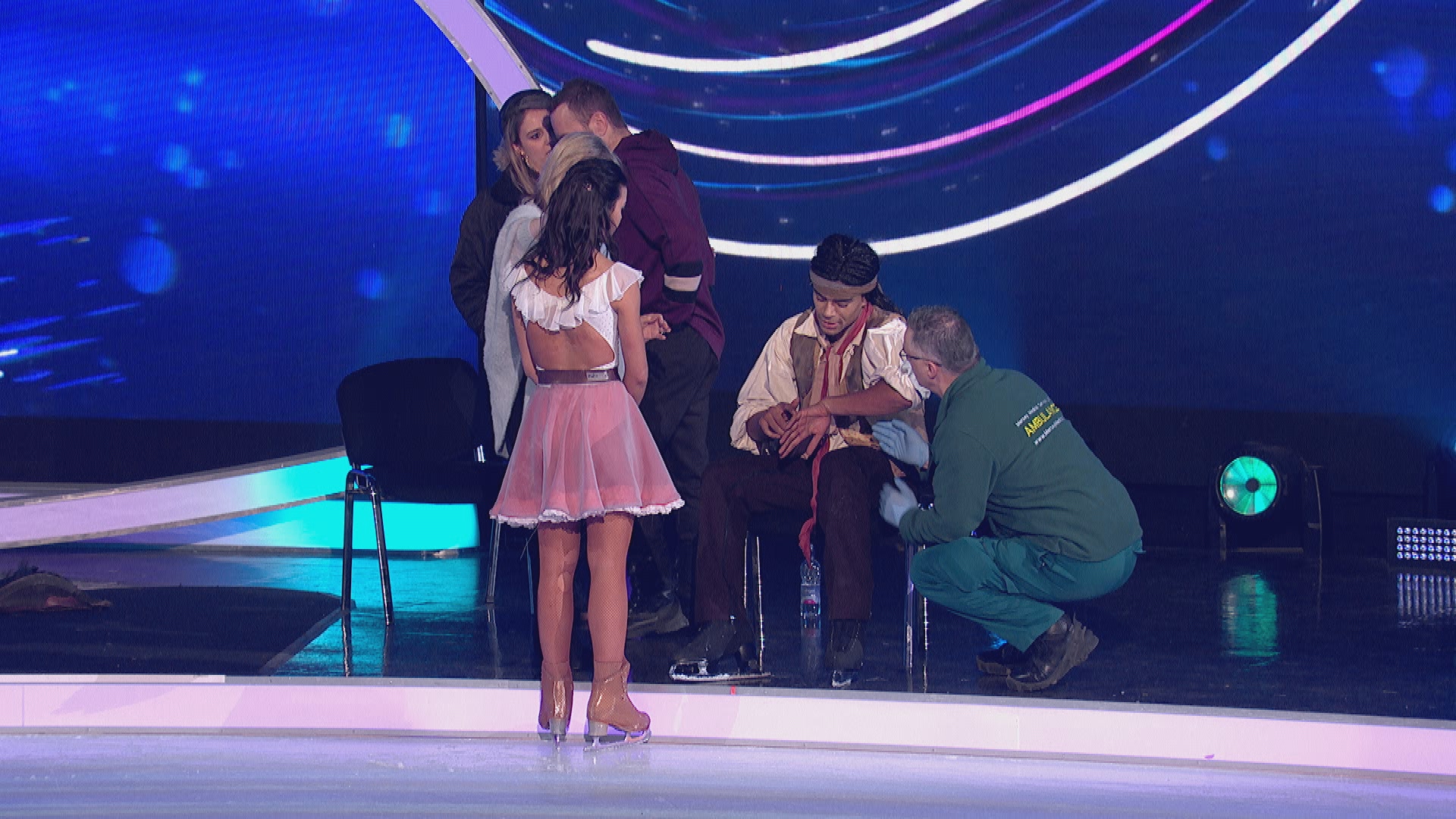 A show insider told the Daily Star that the 20-year-old, who recently split from Love Island girlfriend Megan Barton-Hanson, is "certain" to be a millionaire.

hey explained: "High profile brands and TV channels are queuing up to work with Wes. There are a lot of potential deals on the table.

“He’s been offered lots of TV work and product placement work as well as night club appearances. All of it is very well paid indeed and he’s certain to earn more than £1million within a few years.”