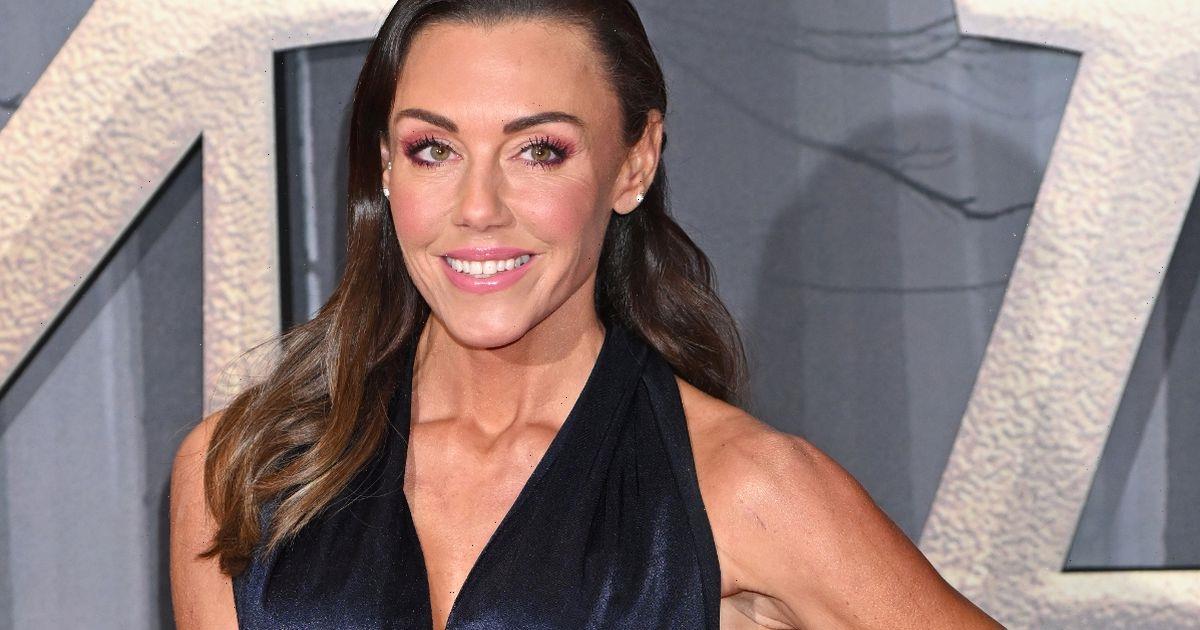 Michelle Heaton has revealed that she's suffered an "epic fall" during Dancing on Ice rehearsals.

The 43-year-old pop star has given fans an update on how training is going for the ITV show.

In a video shared on her Instagram Story, Michelle admitted that she was "feeling a little bit under the weather" while eating a bowl of soup.

Pointing at her inflamed eye, the Liberty X singer said: "I've had this eye infection now for six, seven days and it’s killing me, so I’ve been learning how to skate with one eye, which has been really interesting… but still managing.

Michelle also revealed that on the day she filmed the clip, she’d done "backwards skating with backwards crossovers, which was good".

She said: "Tentatively and not very fast, albeit I’m still managing to do it with one eye.

"But yeah, I’m absolutely loving, loving the sessions on ice with my coach.

"I had an epic fall today, I definitely winded myself and my coccyx is not very happy with me, but hey ho. And now I’m back home before I get the kids and I’m looking at my script."

Michelle then showed a glimpse of the script for her upcoming performance in a Christmas pantomime production of Beauty and the Beast.

The singer, who has battled addiction, confessed she would never have been able to compete on Dancing on Ice 18 months ago.

But she is now grateful she has been able to take part on the show this year as she is now feeling a "lot stronger".

Speaking to Lorraine Kelly earlier this month she said: "I’m so excited – I can’t believe it.

"Me and the kids are such huge fans of the show in general. I’ve always wanted to do it but I know I would never have been able to complete anything because of the way I was 18 months ago, so I’m really truly grateful that I’ve got it this year when I’m a lot stronger."

Michelle, has suffered from addiction but managed to quit alcohol in January 2021.

She revealed her Liberty X bandmates were "super excited" about her doing the show, adding: "They were super excited for me. She [Jessica Taylor] had such a good time on the show and she said “just be me."

The proud mum also said her kids are "buzzing" to see her on the ice.

Dancing On Ice will return to ITV and ITVX early next year.