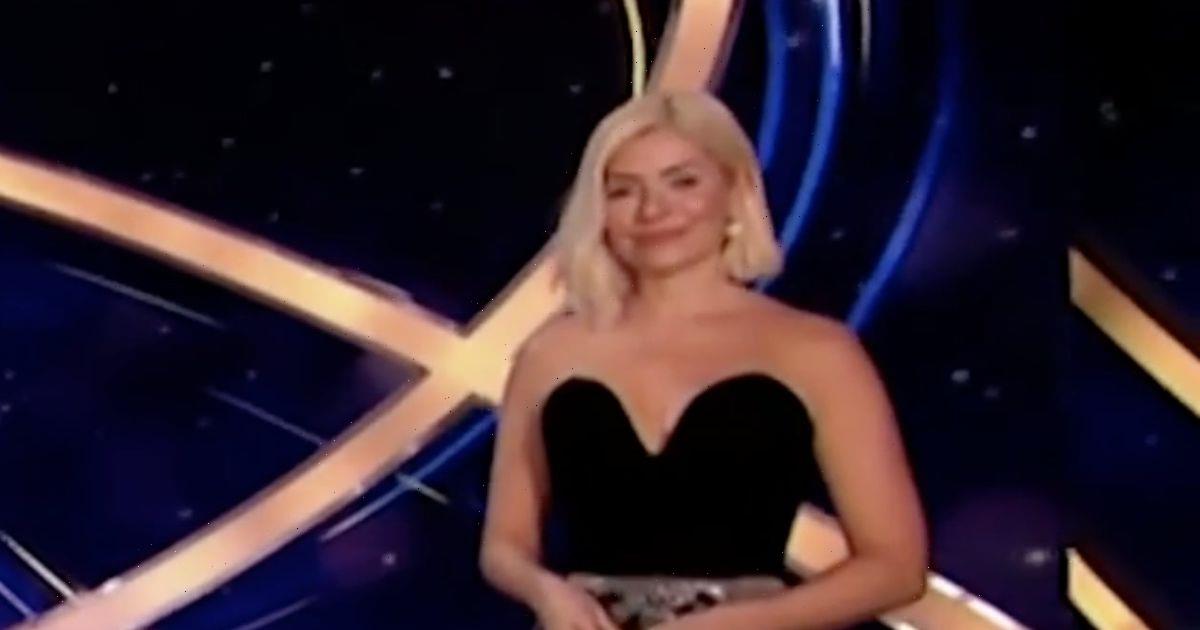 Dancing on Ice fans flocked to social media as they spotted the show's presenter Holly Willoughby make a small slip up within the first few minutes of Sunday 6 March's show.

The This Morning presenter appeared to mix up her words as she referred to Jayne as “drain.”

After the blink and you miss it moment aired, fans took to Twitter to point out the hilarious slip up.

One entertained viewer asked: "Did Holly say drain and Chris?"

As another spotted the blunder and added: "Who are Drain and Chris?"

A third penned: "Holly's slip of the tongue saying… 'To impress Drain & Chris.'"

After the skating legends watched a few clips of their most iconic routines, the professionals joined the final six couples for a group dance on the ice.

One viewer wrote: "Gorgeous opening." As another added: "That was such beautiful start to the show."

As the contestants took to the ice for week eight, they all set out to impress the judges and fight for their place in the upcoming finale of the 2022 show.

Regan Gascoigne topped the leader board after he dazzled the judges with his Torvill and Dean inspired performance, which left Jayne in tears as she reflected on the emotional performance.

Stef follows Coronation Street star Sally Dynevor, who was voted out of the skating contest the week before.

Stay up to date with all the latest on Dancing on Ice by signing up to OK!'s daily celebrity newsletter. Dancing on Ice continues Sunday evenings on ITV