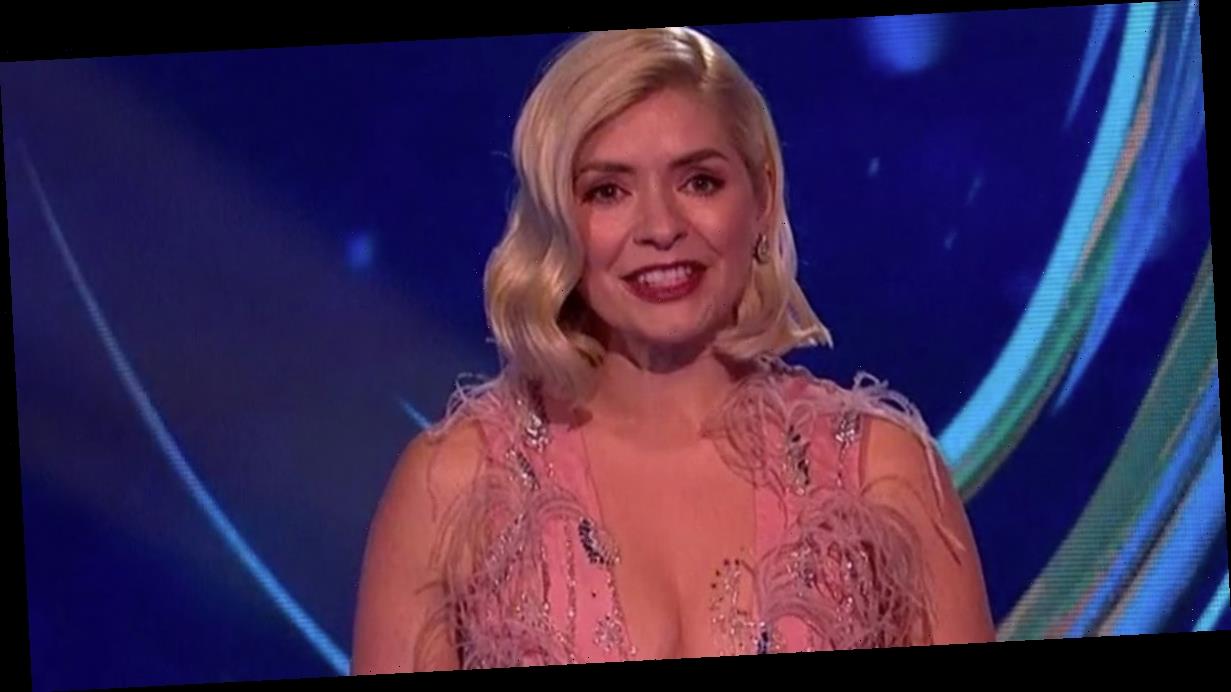 Dancing on Ice came back with a bang on Sunday night and there was plenty of drama on the ITV show, but presenter Holly Willoughby ’s boob-baring pink feathered dress caused quite the stir with people watching at home.

Viewers criticised the star’s choice as “inappropriate” for the family show airing at 6pm on a Sunday night.

Holly flaunted her ample bosom in the figure-hugging gown, which featured a risqué split which ran all the way down her midriff, almost reaching her navel.

The dress swept the floor with lace and tulle and also allowed the TV host to flash even more flesh with a thigh-split on her right leg too.

But a number of viewers took to Twitter to criticise the garment choice, with some calling the outfit “unacceptable” for Dancing on Ice.

“Is that dress appropriate for a family show?” one person asked sceptically.

Another ITV viewer raged: “’Willughbooby' Holly Willoughby has got her breasts right out on Dancing on Ice … Why is this allowed on this family show?”

“Holly Willoughby please wear a dress where we don’t have to see your boobs on a family show,” a third begged.

And a fourth ordered: “Put those boobs away, Willoughby! We don't want to see them! Offensive. Undermining for women. Family show.”

Many didn’t agree though, and praised the star for her breathtaking look, hitting back at the naysayers.

“I think Holly Willoughby looks bloody fabulous,” one declared. “Go out there girl and wear those dresses for all of us stuck at home in our onesies and no makeup.

“And all you snowflakes need to get a ruddy grip – women have breasts! Get over it!”

“Can we just talk about how stunning Holly Willoughby looked on Dancing on Ice,” another praised.

Dancing on Ice continues Sundays at 6pm on ITV