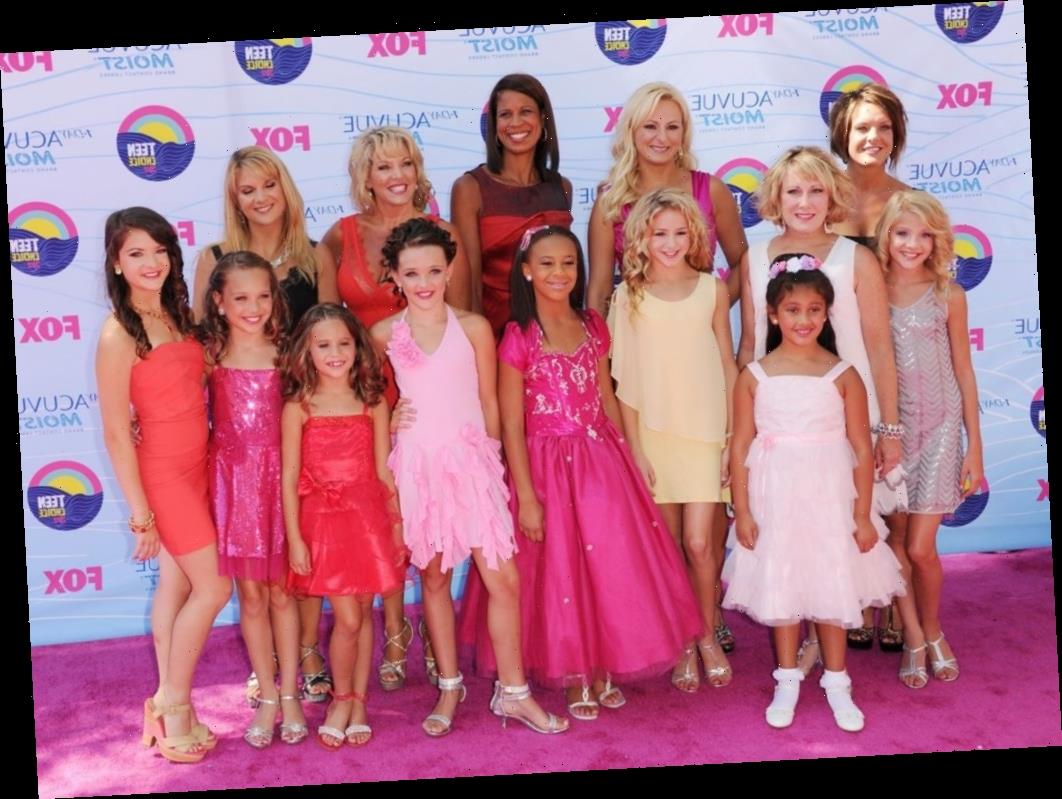 Any fan of Dance Moms can attest to the fact that there was no shortage of cast drama throughout the eight seasons of the show. Whether the moms were fighting amongst themselves, with their rivals, or with studio owner and dance teacher Abby Lee Miller, almost every episode featured an argument of some kind. And while there may have been existing tensions between the moms prior to Dance Moms, the producers for the show definitely did everything they could to exploit that tension and create drama.

Though Dance Moms is marketed as a reality TV show, that hasn’t stopped some fans from questioning whether or not the show is scripted. But in an interview with Entertainment Tonight, four cast members from the show managed to put a stop to that claim. Dr. Holly Hatcher-Frazier, Melissa Gisoni, Kelly Hyland, and Jill Vertes all shared that the show wasn’t scripted. However, they also revealed that the producers used manipulative tactics to control the narrative of the show.

‘Dance Moms’ was not scripted

“We never got a script but they knew what they wanted every week and they would set you up,” Gisoni revealed. “That’s really what reality shows are you know.” “The producers would have three storylines that they really manipulated us to get to,” Vertes stated, co-signing her good friend and exposing the producers of Dance Moms.

Of course, one tactic that the producers used to help craft storylines for the show was listening in on private phone conversations. As the cast wasn’t familiar with the way television worked prior to filming the show, they didn’t initially have the foresight to turn off their microphones when having personal conversations.

The producers exploited tension between the cast for drama

“They would create these storylines just from listening to us talking,” Vertes revealed about the Dance Moms producers. “We had those mics on for 12 hours a day, so they would hear us talking. [They heard] our personal conversations with our friends or our children, on our phones home to our husbands, so they knew what was going on in our lives. And I know, for me, it took me a while to figure that out. I’m like ‘How’d they know that? Oh, they heard me talking on the phone.’”

Once the Dance Moms producers had information, they began crafting multiple storylines for each episode. These storylines indicated what the producers wanted to have happen for each episode, and they often manipulate and edited the cast to get the results they wanted. The cast may have suspected this was happening, but it was Chloé Lukasiak who finally got the proof.

Recently Gisoni and Hyland were meeting with some fans on Zoom and they recounted some memorable moments of their Dance Moms experience. Gisoni revealed that during the show’s second season, Chloé crawled into the production office on her hands and knees and took one of the producer’s papers. The paper listed, in detail, exactly what the producers wanted to happen for a specific episode. “They did everything they could to manipulate it so that would happen,” Gisoni shared.

We can’t say that we’re shocked by the lengths that the Dance Moms producers went to manipulate the cast for drama. But it’s pretty amazing that Chloé was able to get proof that the producers were the real drama queens of the show.