Dan Walker, 42, was joined by his BBC Breakfast co-host Louise Minchin, 51, to present the show this morning and the pair were joined at the end of the programme by author Kimberley Chambers, 53. The guest of the BBC news show had to stop in her tracks whilst discussing her latest book as the Football Focus presenter suffered an on-screen blunder, causing the interview to come to a halt.

Discussing the latest edition to her crime novel series the Butlers, the author explained how she was venturing bad in time.

However, she told the hosts how it had been a challenge as she “didn’t like to research,” which was needed to form the foundations of her book.

In the midst of her adding why she decided to explore this avenue, it seems Dan was a little unprepared as there was suddenly a crash of a plate.

Although the blunder might have gone unnoticed, the interview came to a pause as Kimberley wanted to know what had happened, leading the presenter to apologise. 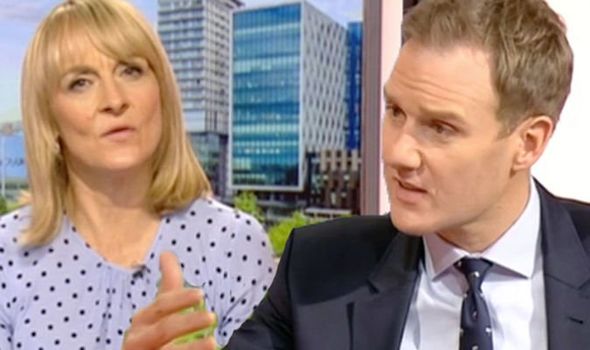 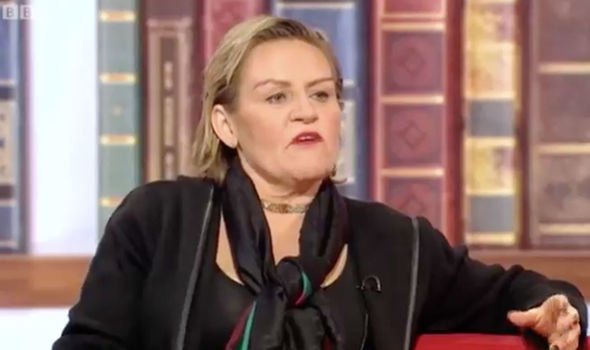 Looking down in the direction of where the noise had come from, the guest asked Dan: “What are you dropping down there?”

Whilst the host seemed a little embarrassed his blunder had halted the interview, his co-presenter Louise explained what had happened.

“It was his croissant plate,” she commented, to which her co-host explained: “I just trod on the plate.”

He swiftly apologised for interrupting Kimberley, who made him feel a lot better about the situation. 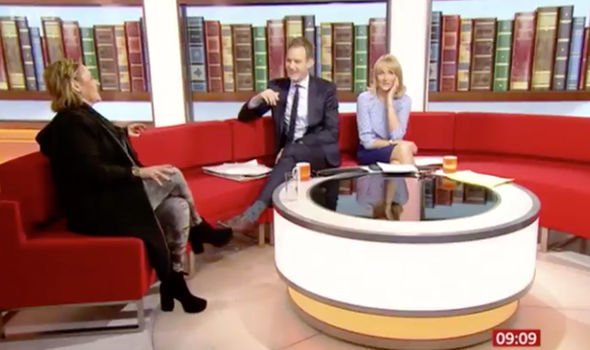 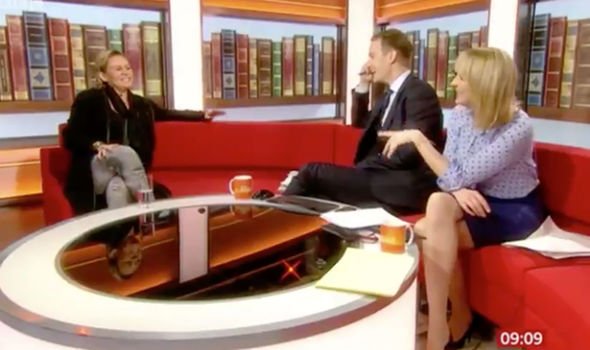 I just trod on the plate

“Listen, I’ve trod on a lot worse,” the guest said, with the presenters chuckling away at her response.

Louise added: “We don’t usually have croissants,” referring to the use of the French breakfast pastry which was being talked about earlier on in the show.

The trio then continued with the rest of the interview, but the awkward blunder didn’t go with comment online.

Taking to Twitter, one viewer posted: “Kimberley Chambers has to my favourite #BBCBreakfast guest, funny and down to earth, plus she told off @mrdanwalker for standing on his plate and she’s a Spurs fan… legend @kimbochambers.”

However, the shoe was on the other foot last week when Dan was joined in the studio by former BBC Breakfast star, Steph McGovern, 37.

The presenter joined her old colleagues to make a brief return from maternity leave and to discuss what she was up to next.

It was discussion about motherhood which alluded the Football Focus host to the blunder by his former co-star.

Asking about her newborn, he asked: “It must be a complete and utter change of life, do you love it?”

“Yeah, working on this programme definitely prepares you for the hours that you do,” Steph said with a smirk.

Pointing at her jumper, the presenter quipped how “nothing’s clean anymore,” leading Dan to interject.

His former co-star was unphased, however, as she explained: “I have a newfound respect for parents definitely – I look at them now and think ‘Wow, you look so together, why can’t I be like that!’”

BBC Breakfast airs weekdays at 6am on BBC One.