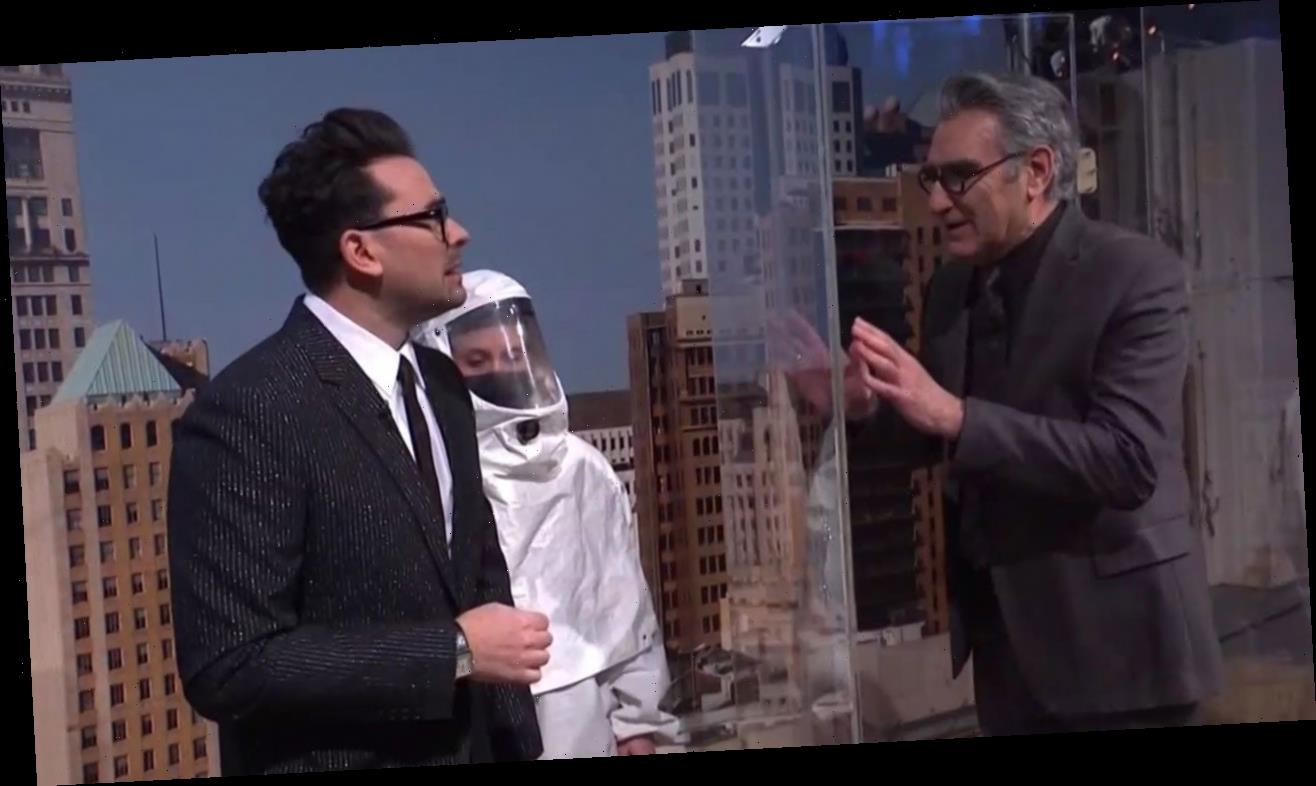 This week’s Saturday Night Live was a family affair. Dan Levy made his SNL debut over the weekend, and got some help from his comedy icon father, Eugene Levy.

After getting spritzed with bleach and hit with pool noodles for getting too close to audience members, Dan finally turned a corner down one of the hallways and came face-to-face with his dad, who was isolated inside a plexiglass cube and flanked by guards in hazmat suits.

“Dad? You came all the way from Los Angeles?” Dan asked in surprise.

“I flew in to wish you luck tonight, but because I traveled I’m now in this tight isolation box,” Eugene explained.

“You flew all this way just to watch the show from a weird box?” Dan replied.

“I didn’t know about the box at the time. I found out when I landed,” his dad shared. “Listen. Don’t worry about me. I’m fine. Okay? You’ve got enough on your plate tonight.”

As Dan returned to the main stage to start the show, Eugene managed to convince the hazmat-suited guards to at least turn his box around so he can see his son.

Before taking fans on a tour of the studio, Dan introduced himself to the audience and remarked on how “good and not-so-good” the last year has been for him.

“People finally started watching our show, Schitt’s Creek, and we were fortunate enough to win nine Emmys,” Dan said. “The not so good was those Emmys were literally thrown at us by a stranger in a hazmat suit.”

“The good: I have been getting stopped on the street by different kinds of people. Which is new, and fun and different. The not so good, those people are mainly screaming “Eww” at me,” Dan continued. “Which was a line I wrote for the show that will now haunt me for the rest of my life.”

Dan was joined on Saturday by first-time musical guest Phoebe Bridgers, who also performed two musical numbers that delighted her fans — especially her second performance, when she destroyed her own guitar for kicks.