“She never recovered from what those boys did to her and it’s just not fair. My baby girl is gone,” Daisy’s mother Melinda Coleman says 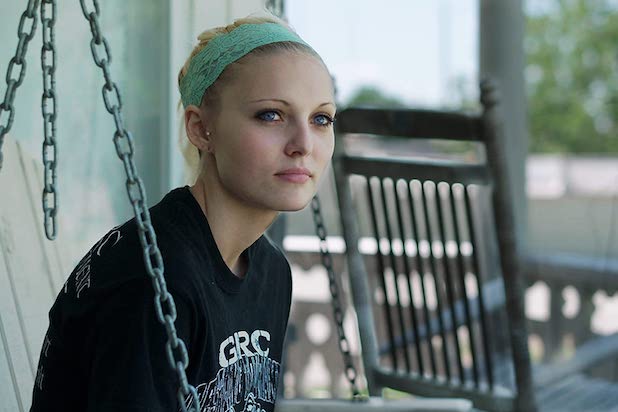 Daisy Coleman, a sexual assault survivor turned activist and one of two subjects in the Netflix documentary “Audrie and Daisy,” has died by suicide. She was 23.

Her mother, Melinda Coleman, shared the news on her Facebook Tuesday night.

“My daughter Catherine Daisy Coleman committed suicide tonight,” Melinda Coleman said on Facebook (via People). “If you saw crazy messages and posts it was because I called the police to check on her. She was my best friend and amazing daughter. I think she had to make it seem like I could live without her. I can’t. I wish I could have taken the pain from her! She never recovered from what those boys did to her and it’s just not fair. My baby girl is gone.”

The 2016 “Audrie and Daisy” documentary looked at the effects of online bullying. In it, Coleman shared the story of her alleged rape at a house party in Missouri when she was 14. The documentary explores the intense scrutiny and backlash both on the national level and in her small town that Coleman and her family faced after she came forward with her accusation of assault. (The documentary’s other subject, 15-year-old Audrie Pott, was also bullied after an alleged sexual assault and died by suicide eight days later.)

Coleman later founded the organization SafeBAE, which works to educate students in middle school and high school about their Title IX rights and provide resources to victims. The organization also confirmed the news of Coleman’s passing.

“Through our shock and sadness, we are releasing a statement about our loss of Daisy,” SafeBAE posted. “As all of our supporters know, Daisy has fought for many years to both heal from her assault and prevent future sexual violence among teens. She was our sister in this work and much of the driving force behind it. We were not just a non-profit team, but a family.”

See the full statement from SafeBAE below:

Through our shock and sadness, we are releasing a statement about our loss of Daisy. As all of our supporters know, Daisy has fought for many years to both heal from her assault and prevent future sexual violence among teens. She was our sister in this work and much of the driving force behind it. We were not just a non-profit team, but a family. We are shattered and shocked by her passing from suicide. She had been in EMDR therapy for 2 years, working on her triggers and healing from the many traumas in her life. She had many coping demons and had been facing and overcoming them all, but as many of you know, healing is not a straight path or any easy one. She fought longer and harder than we will ever know. But we want to be mindful of all the young survivors who looked up to her. Please know that above ALL ELSE, she did this work for you. She loved talking to young people about changing the culture and taking care of one another. Much of her healing came from each of you. She was so proud of the work we’ve done and loved seeing so many fierce young activists push for change in their schools and among their friends. She would want young survivors to know they are heard, they matter, they are loved, and there are places for them to get the help they need. And she would want everyone else – peer allies, educators, parents, legislators, religious leaders – to come together to help stop sexual violence and help save teen lives. As advocates we know survivors of sexual assault are 10 times more likely to attempt suicide than those who haven’t experienced sexual assault, and that is why we will keep dedicating ourselves to this work in her legacy. There’s no question that is what she would want. #fordaisy All of our love, SafeBAE

The National Suicide Prevention Lifeline 1-800-273-TALK (8255) is a free, 24/7 confidential service that can provide people in suicidal crisis or emotional distress, or those around them, with support, information and local resources.

The National Sexual Assault Hotline 1-800-656-HOPE (4673) is a free, 24/7 confidential resource for survivors and their loved ones. They also offer online chat support.