This week, rumors that Game of Thrones star Kit Harington would be joining the Marvel Cinematic Universe reached a fever pitch in the days leading up to Disney’s D23 Expo. Fans and comic book experts have been racking their brains trying to guess if this would really happen, and if so, which character he would possibly be.

Well, the direwolf is finally out of the bag and the man formerly known as Jon Snow will officially be part of the MCU. 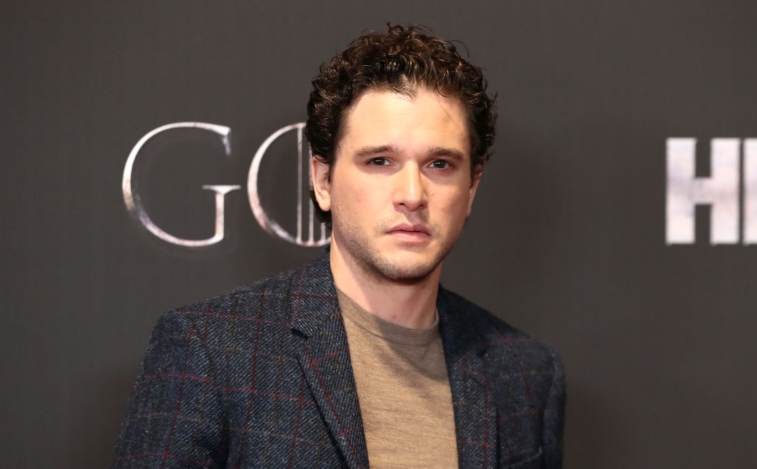 During the hotly anticipated appearance by Marvel at this year’s D23 movie panel, it was revealed that Kit Harington landed a role in the upcoming flick, The Eternals. As it so happens, his former co-star Richard Madden is also in the cast and will be playing Ikaris. It’s a GOT brotherly reunion, everybody!

Initially, fans thought that Harington would be a contender for a new version of Wolverine but are thrilled to see sword slinger come to the big screen as … the Black Knight. Marvel boss Kevin Feige set the panel on fire with the news and went on to share more about what’s next for Phase Four.

Who is Black Knight in ‘The Eternals’?

His history is somewhat complicated in Marvel’s comic books, but the Black Knight has crossed paths with the gods of Olympus, the Avengers, the Eternals, Wasp, Doctor Strange, and others. According to his Marvel backstory, he was once in the middle of a love triangle between the Eternal Sersi and Crystal, an Inhuman.

Dane Whitman is the name the Black Knight goes by, and as Comicbook.com points out, the guy is a genius who holds a master’s degree in physics. Besides being a smarty-pants who’s capable of using tech (like a laser sword) to his advantage, he’s been cursed, resurrected, and had his spirit sent to other bodies and realms. But the Black Knight’s famous Ebony Blade is key to how he operates, and the mighty weapon is sometimes at the center of various Marvel plots.

As Whitman, the character has inadvertently attractedvillains and aliens with his scientific work. As Black Knight, he’s had totravel through time and dimensions, protect the Eternals, and fought against anOlympian or two. At times, he’s been a pawn for the bad guys. It will beinteresting to see what Harington’s Whitman/Black Knight will do in this newfilm.

Deadline notes that Harington is joining a star-studded team to tell the Gods vs. Gods story. Along with him and Madden, fans can look forward to seeing Angelina Jolie as Thena and Salma Hayek as Eternals leader Ajak. Don Lee is set to play Gilgamesh, Bryan Tyree Henry is Phastos, a genius inventor, Kumail Nanjiani will be Kingo, Gemma Chan is playing Sersi, and the teleporting villain Druig will be played by Barry Keoghan.

Rounding out the cast is Lauren Ridloff as Makkari (MCU’sfirst deaf character) and Lia McHugh as the prankster Sprite, the one Eternalwho is a child but never ages.

The Eternals is currently filming in London and is dueto hit theaters November 6, 2020.