Emma Stone first caught mainstream attention with a supporting turn in 2007’s Superbad. But the actor has come so far since playing Jonah Hill’s love interest in that comedy. Stone became a full-fledged movie star — thanks to 2010’s Easy A — and won an Oscar in 2017. Now she’s playing her first villain in Cruella, though she almost went bad in a DC Comics movie. 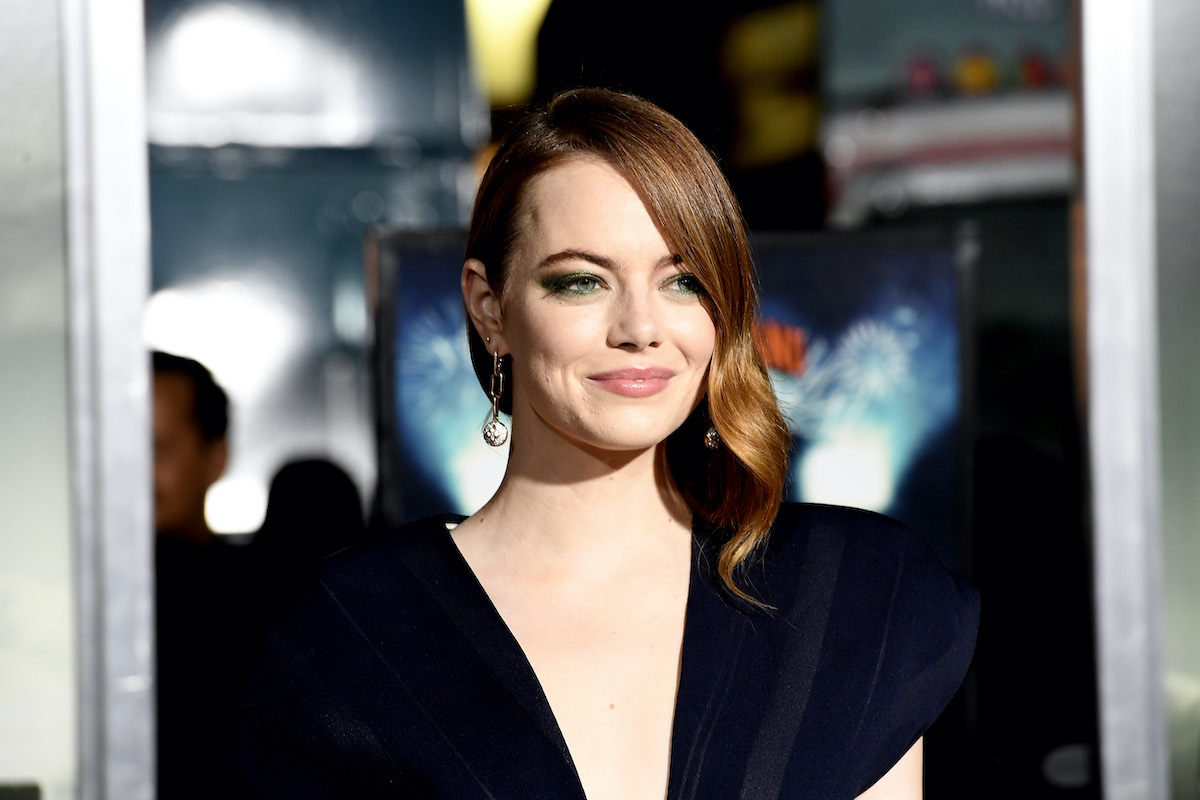 Since the 2010s, Disney has been dusting off many of its animated classics for live-action adaptations. In the process, the studio landed major blockbuster hits with movies such as The Jungle Book, Beauty and the Beast, Aladdin, and The Lion King. But Disney has actually been reimagining its animated hits since at least 1996’s live-action version of 101 Dalmatians.

In that movie and its 2000 sequel, Glenn Close played the villainous Cruella de Vil. And now Disney’s Cruella explores the character’s origins. This time around, Stone rocks the black and white hair and an assortment of fur-based fashion statements. The movie — out in theaters on May 28 — marks the actor’s first full-on villain after years of endearing performances.

Fans of both the Disney catalog and Stone are curious to see how the 1970s-set Cruella manages to balance the character’s villainy with the family-friendly target audience. Seeing Stone as such a deliciously dastardly figure is certainly a departure for her. But she almost went full supervillain with her first baddie as Barbara Minerva aka Cheetah in Wonder Woman 1984.

According to entertainment journalist Justin Kroll, Warner Bros. initially sought Stone for the role opposite Wonder Woman star Gal Gadot. However, the actor turned down the chance to star in the 2020 hit. And director Patty Jenkins selected Kristen Wiig, her personal choice for the role. Many fans — and even the actor herself — considered Wiig a surprising choice.

It’s unclear why Stone decided not to accept the role. Since Wonder Woman 1984 began filming in mid-2018, Stone’s only live-action roles have been The Favourite and Zombieland: Double Tap. None of those productions overlapped with the superhero movie, however. But perhaps Stone’s schedule simply wouldn’t allow enough time to squeeze in another project.

Will Emma Stone return to her Marvel Comics role?

Of course, Stone is no stranger to superhero movies. She starred opposite Andrew Garfield in both 2012’s The Amazing Spider-Man and its 2014 sequel. Many rumors indicate Garfield could reprise the role for Marvel Studios’ Spider-Man: No Way Home. Is it possible Stone could bring her character, Gwen Stacy, into the Marvel Cinematic Universe too?

Gwen did die tragically at the end of The Amazing Spider-Man 2. However, the Marvel multiverse is now involved. So Stone could play an alternate universe version of Gwen Stacy, perhaps even the one that becomes Spider-Woman. Olivia Wilde is set to direct a mysterious female-led Marvel movie for Sony. As such, Stone might not be done with superheroes just yet.