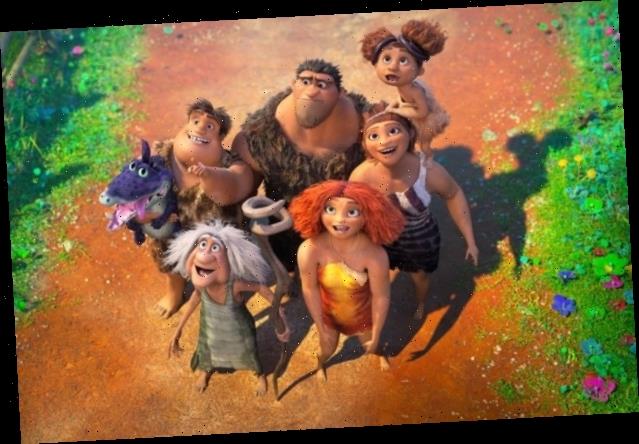 Oscar frontrunner “Nomadland” opens to an estimated $500,000 as it releases in theaters and on Hulu

Between its own surprising longevity and a lack of competition at the box office, Universal/DreamWorks’ “The Croods: A New Age” is once again No. 1 at the pandemic box office 13 weeks after its initial release, grossing $1.7 million this weekend from 1,913 screens to push its domestic gross total past $50 million.

Combined with an international total of $103.1 million, the film’s global total now stands at $154 million, not counting the sales from premium video on-demand viewers after the film was released on digital platforms in December thanks to Universal’s theatrical window deal with AMC and Cinemark. Universal has not released PVOD sales figures on the film but says that “Croods 2” has become the studio’s second-highest new release digital title ever behind only “Trolls World Tour,” which opened at the onset of the pandemic on PVOD.

Meanwhile, Searchlight Pictures released the critically-acclaimed Oscar frontrunner “Nomadland” both in theaters and for streaming on Hulu. Searchlight is not reporting box office numbers for the Chloe Zhao film, but industry estimates say that the film is grossing $500,000 from 1,200 screens following a two-week run on IMAX and in premium formats. That would put the film alongside Focus Features’ “Land” for seventh on the weekend charts.

The odd day-and-date format for a film that is considered a major favorite to win Best Picture is just another example of how the pandemic has forced Hollywood to rethink how they release movies. As discussed on WrapPRO, indie and specialty films can no longer rely on the traditional four-screen platform release in New York and Los Angeles to kick off an awards contender’s theatrical run as both cities have had traditional theaters closed for nearly a year. Nor can they rely on the traditional buzz that comes from the Golden Globes ceremony and Oscar nominations announcements in January, as the pandemic has significantly delayed the awards season calendar.

Instead, films like “Nomadland,” “Judas and the Black Messiah,” and “The United States vs. Billie Holiday” will instead try to use their hybrid theatrical/home releases in February to build interest that will hopefully peak when the Academy Awards take place in April, with financial success for the films being determined more by streaming service subscriptions and PVOD sales than grosses from a still-hobbled theatrical box office.

Speaking of “Judas and the Black Messiah,” the Black Panther Party drama is one of three Warner Bros. films sitting behind “Croods 2” in the top 5. “The Little Things” is in second this weekend, grossing $1.2 million in its fourth weekend for a total of $11.7 million. “Judas” is third with $905,000 grossed in its second weekend for a 10-day total of $3.35 million. “Wonder Woman 1984” is fourth with $805,000 and a domestic total of $42.7 million. All three films were released day-and-date in theaters and on HBO Max, though “WW84” is currently only available digitally on PVOD as Warner Bros. is taking its 2021 releases off of HBO Max temporarily 30 days after theatrical release.