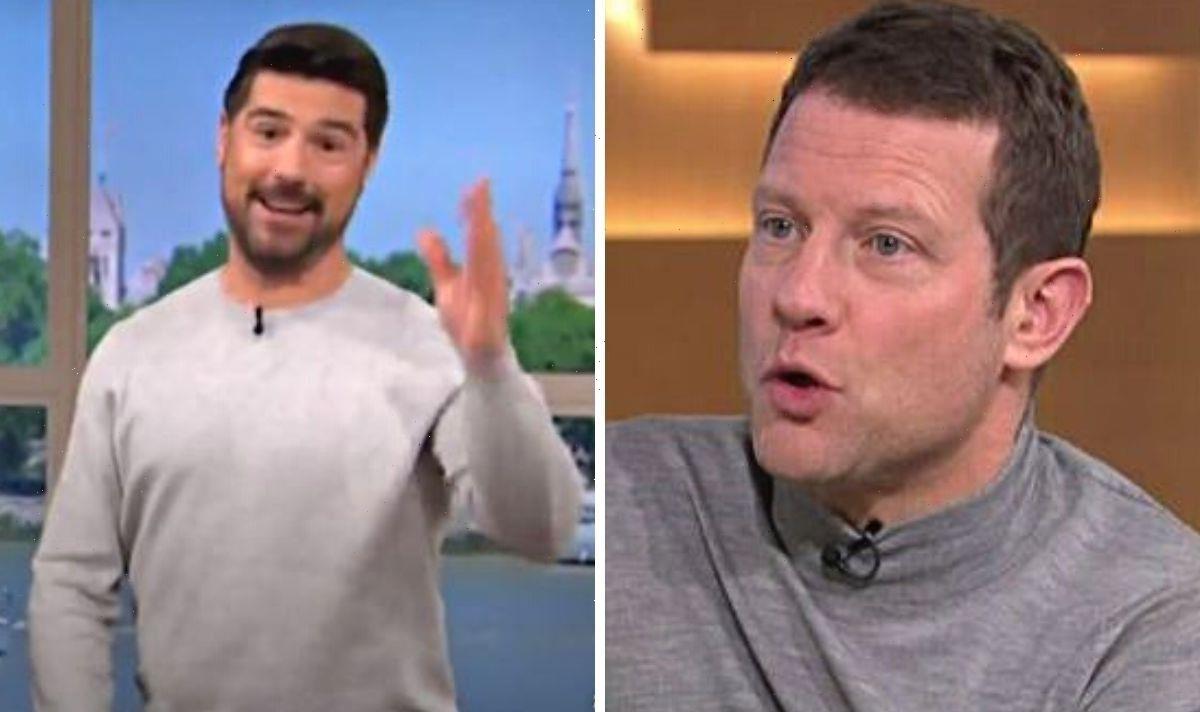 Viewers tuning into This Morning on Bank Holiday Monday were greeted by Irish television presenter Chris Doyle and ITV favourite Alison Hammond. The latter explained her usual co-host Dermot O’Leary was taking “a day off”, which led some fans to question if he had been “sacked” as several took to social media to point out his absence.

Alison introduced Craig, who commented: “It’s so weird [being on the show] I love it though.”

He continued: “The music, you and the gang here, it’s great!”

“Lovely,” Alison replied before explaining to viewers: “Dermot’s having a day off today.”

Turning to Craig, she said: “He says hello, by the way. Have a lovely day.

“He says ‘You’re in safe hands,'” Craig went on to joke that Dermot had “warned” him about Alison.

“He said I was to look out for some red flag areas with you,” he stated.

“Because I’m quiet, you know that,” the radio presenter added.

“The thing is you got here so early, like 14 hours before the show!” Alison revealed.

“You were the first one up here today, talking to everyone,” Alison explained.

“It’s just such a big deal to come into this studio and do that,” Craig remarked.

He added: “It really is, all my family – the kids are watching. It’s the first time my mum’s bridge club have ever watched anything I’ve done, which is exciting news.

“Even the rugby lads are watching, and they’ll deny it but they’re watching.”

Alison responded: “Really? Well listen, I’m not going to make you feel awkward or anything, there’s only one last thing to do…”

The 47-year-old then broke into dance as music sounded overhead and she repeated: “Have a fantastic show.”

Viewers quickly chimed in with their opinions on the temporary replacement.

@DawudAishah shared: “Alison is such a big flirt. I don’t blame her, she’s one lucky girl getting to present with Dermot and Craig:- and yes I’ve always loved Dermot. Must have a thing for Irish guys. #ThisMorning.”

“What a treat a day off from daft Dermot O’weary’s constant canned laughter #thismorning,” @RottenRosa remarked.