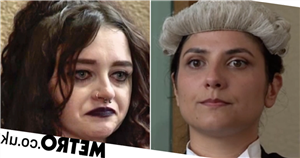 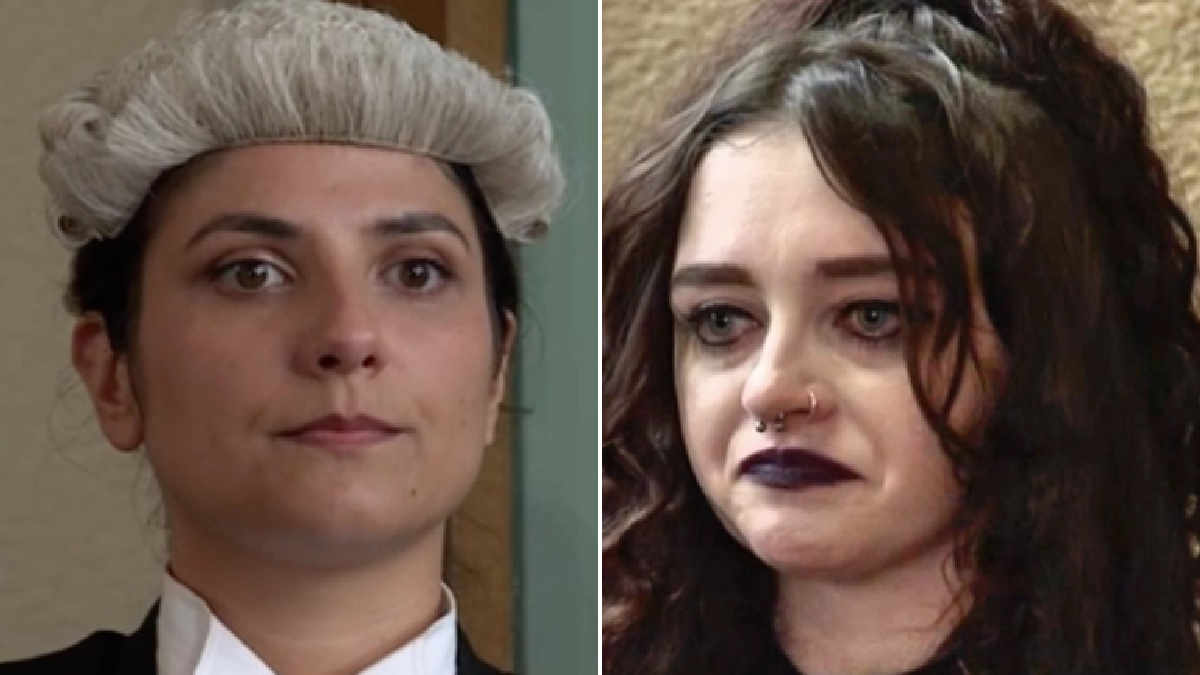 Nina Lucas (Mollie Gallagher) stood up for herself in powerful scenes in Coronation Street, as the trial of Corey Brent (Maximus Evans) and Kelly Neelan (Millie Gibson) kicked off.

The teen headed to the police station to give a new account of what happened on the night of the attack, after recovering her memories in Monday’s edition of the ITV soap.

Afterwards, she departed for the courthouse, and Roy Cropper (David Neilson) accompanied her. Roy insisted that Nina re-adopt her goth look before taking the stand, reiterating how no-one deserves to be persecuted because of who they are or how they look.

Nina understood, and without wasting a second, she headed to the bathroom and changed, before entering the courtroom in her signature goth attire.

She told the court how she recalled Seb being kicked to death by Corey in emotional scenes.

Sabeen Habeeb (Zora Bishop), however, was eager to give the jury several reasons to doubt the authenticity of Nina’s memory, claiming that between her initial statement, her ‘graphic novel’ interpretation, and her new recollection, she’s put forward three narratives about the night of the assault and therefore her memories cannot be taken as fact.

‘You are convinced one hundred and seventeen days after the incident that what you experienced on Harper Street where the attack took place was a genuine memory?,’ asked Sabeen.

‘Not a partly fictionalised account based on what you remember? Not your brain attempting to make sense of what happened that night? In your opinion, beyond any doubt, was the unlocking of one hundred percent accurate memory?’

Nina didn’t take too nicely to Sabeen’s implications, or her decision to refer to her artwork as graphic novels instead of comics. The teen reiterated that she is certain her memories are genuine, and berated Sabeen for implying otherwise.

‘No, you don’t [apologise],’ she said. ‘You’re sneering at me now. It’s all over your face. You look the way [Corey] did that night.

‘[You apology] means nothing. Say it properly! Say sorry to me. Go on.’

The judge was not too pleased, but Sabeen compiled with Nina’s request, apologising for what she had done.

The trial, meanwhile, will continue into next week, with next Friday’s (September 10) episode seeing the jury reach a verdict regarding Corey and Kelly’s fates.

Pictures for the episode in question reveal that Nina is present when the verdict is delivered. But will justice prevail?