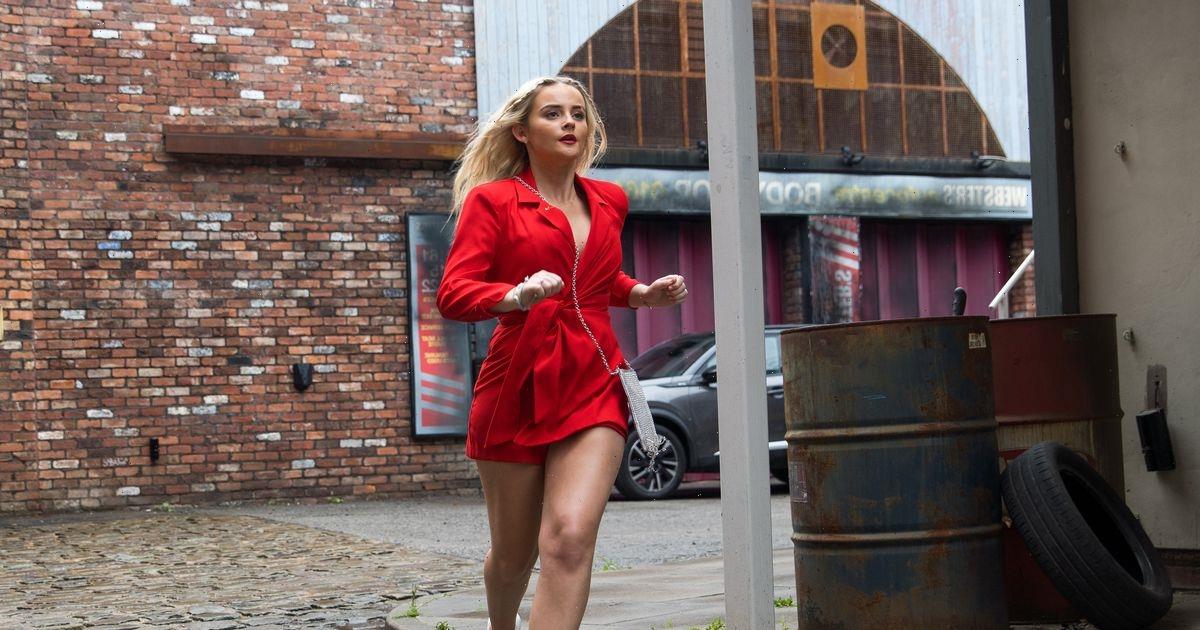 It looks like Coronation Street favourite Kelly Neelan could meet her sticky end in upcoming scenes as tragedy plays out on screen.

In tense scenes, Kelly finds out the truth about her dad Rick's death – that Gary Windass murdered him – and vows revenge by hiring a hitman.

But Kieron, one of her dad's dodgy contacts, double-crosses her and promises to kill Kelly too, making the whole thing out to be a murder-suicide.

Things come to a head on a rooftop, with spoiler pictures showing Kelly teetering on the edge after Gary was forced to dig his own grave in the woods.

Teasing the future of her character, actress Millie Gibson told Daily Star: "Kelly is utterly at rock bottom. Everything has really got to her now and I think she’s just accepted her fate.

"She’s tried to do what she’s got to do, and I think in a way she’s just been a bit naive and underestimated the types of people her dad dealt with.

The star added: "She fears for her life. You’ll see how intense it is, she’s a 17-year-old girl and she’s experienced so much in such a short amount of time and this is the final time she can get back up."

In her short time on the cobbles, Kelly has endured a prison stint for the murder of Seb Franklin, found herself homeless and living on the streets, and watched her mum die of terminal cancer after taking the fall for Rick's murder.

But more heartache is in store when she finds out Gary killed her dad.

Millie admitted: "It had to happen – the question was the amount of time it would take. I didn’t expect it to happen this way! It happens in a way you definitely wouldn't expect."

An emotional Millie said she "couldn't stop crying" on set of her final scenes, gushing: "I’ve been a wreck. Ask anyone – there was a good two weeks where I was just crying constantly because I was so overwhelmed and grateful for the scenes and the storyline.

"There’s a specific scene that sticks out to me. Throughout Kelly and Gary’s relationship we’ve never hugged and we’ve always spoken about it, but there was finally a scene where Gary hugs Kelly.

"It’s a really simple scene, and as soon as we shot it I just burst out crying because it was just the beginning of the end. When we started filming our last scenes of being nice to each other that’s when we were like, 'Oh gosh, this is getting real now!'"