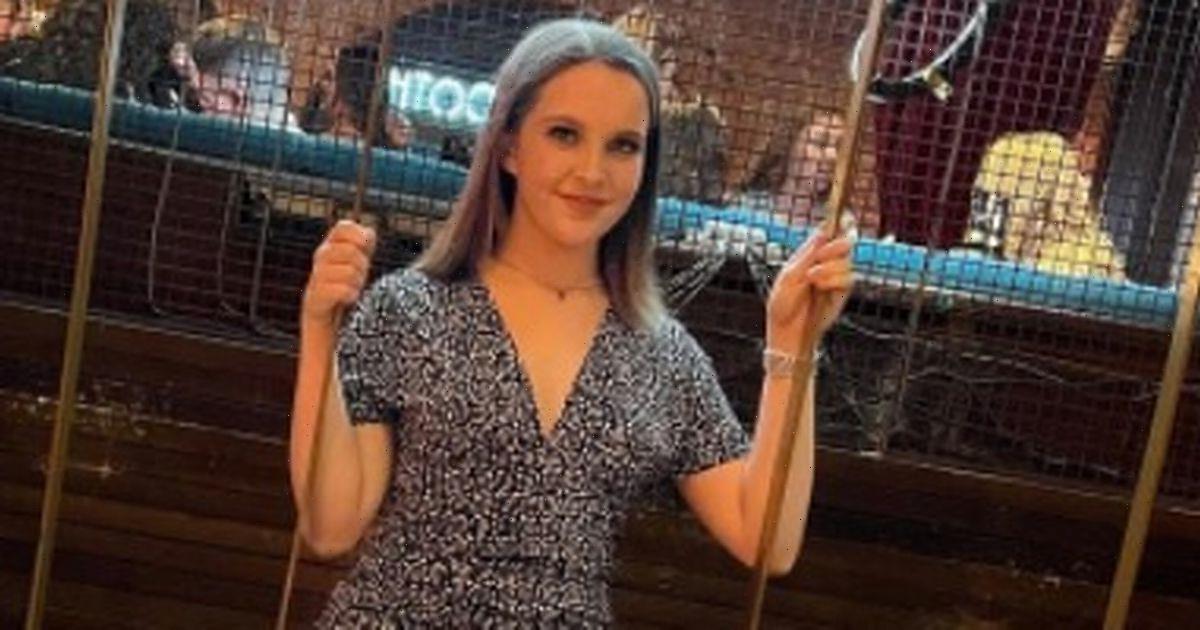 Elle, 19, took to Instagram to share a collection of snaps of herself from co-star Harriet Bibby's, who plays Summer Spellman, birthday night out over the weekend.

The actress' 76.9K followers were quick to react to the snaps, captioned "til death do us party", to which co-star Kate, who plays her on-screen mother Tracy Barlow, led the comments.

Writing underneath the snaps, Kate sweetly wrote: "My daughter is so beautiful," to which Elle, who plays Amy Barlow, replied with a series of heart emojis. In the photos, Elle looked stylish in a patterned jumpsuit as she posed on a swing in front of a neon sign which said "til death do us party".

While in a different snap, the actress shared a look at her hair and make-up for the evening, which consisted of sparkly gold eye shadow and a nude lipstick.

It comes after Coronation Street fans have predicted a new Jacob Hay and Amy Barlow twist and it involves a past character on the ITV soap.

Only recently, Jacob, who is dating Amy on the cobbles, has been working hard to reform his bad boy image.

And on Monday's episode, Amy begged Carla Barlow to give Jacob a job and she agreed to offer him a trial shift, leaving the couple delighted.

However, some soap fans have predicted a sinister twist and have boldly speculated that Jacob could be linked to former cobbles' villain Jez Quigley.

Viewers will recall that Jez died in 2000 after he was beaten up by Amy's grandfather Jim McDonald, who had got revenge due to Jez attacking his son Steve McDonald for giving evidence against him at court.

Taking to social media, one person speculated that Jacob could be Jez's nephew and that he could be dating Amy to get revenge on her father Steve.

One person said: "My possible storyline, Jacob is Jez Quigley's nephew and he's only going out with Amy to get back at Steve because his dad killed his uncle."

To which a different account replied: "You could be right."

However, other viewers were quick to hit back at the theory as one person argued: "Or Jacob is no relation to anyone, there is no revenge story and him and Amy have a good and happy relationship."

For all your updates on Coronation Street, sign up to our daily OK! newsletter.