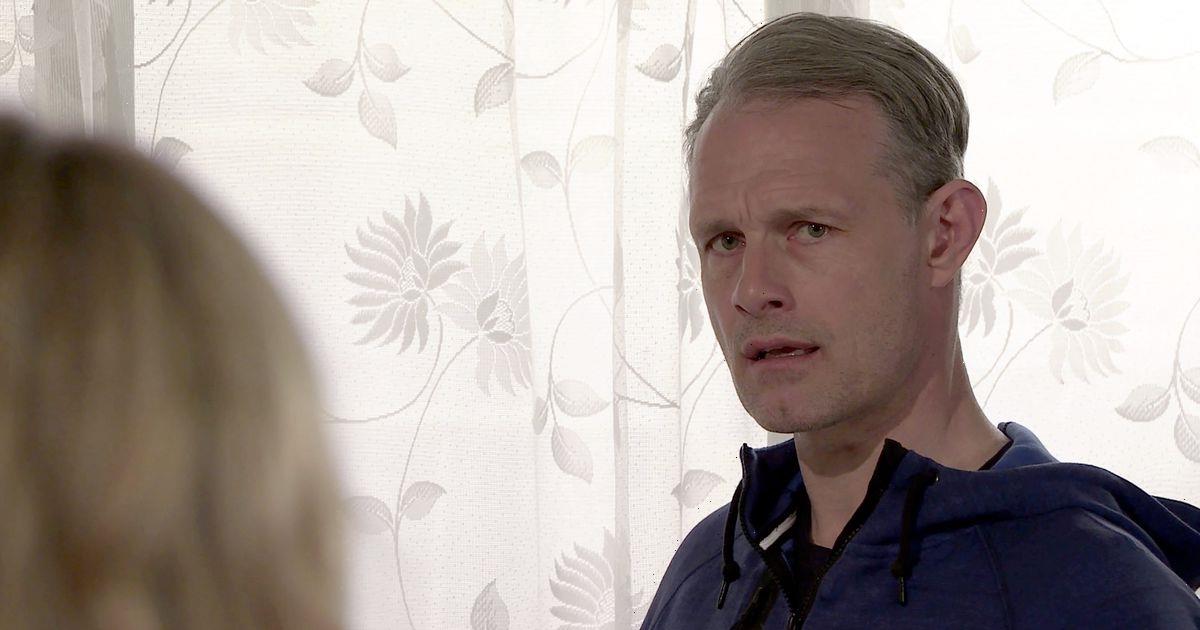 Coronation Street spoilers have promised a gripping week in Weatherfield over the coming days, as waves of grief, fear and hope ripple through the street.

Tyrone Dobbs (Alan Halsall) will be shaken to learn Kirsty Soames (Natalie Gumede), the estranged mother of his child, has suddenly died, dredging up old memories from the past.

Elsewhere, Harvey (Will Mellor) gets his day in court, as Sharon Bentley (Tracie Bennett) and Leanne Battersby (Jane Danson) face a grave decision – will they tell the truth, or will they concede to the drug lord's demands?

Below are the juiciest Corrie spoilers of the week – don't miss an episode.

Sam calls by his dad's house with a father's day card, but he has no idea one of Harvey's cronies has followed him there.

Nick Tilsley (Ben Price) and Sam head to the car but chills shoot down Leanne's spine as she hears gunshots fired on the street.

Racing out of the house, she sees Nick and Sam laying on the cobbles, fearing they have been murdered by the gang – will they make a full recovery?

The incident makes Leanne realise she needs to get Harvey sent behind bars for good, and steels herself to give evidence against him in court.

Meanwhile, Nick tells Natasha Blakeman (Rachel Leskovac) she needs to move back to London and take Sam with her, as his life is in danger in Weatherfield.

Could Leanne's decision to fight against Harvey in court pay off?

Sharon begs Rhys not to endanger Leanne, but her words have little impact, and she ends up getting attacked by one of Harvey's henchmen.

Severely wounded, she goes to Rita Sullivan's (Barbara Knox) flat, where she begs her to return her £10,000 so she can disappear forever.

She steels herself to give evidence against Harvey in court, and when standing in the witness box, she unearths all of the skeletons in his closet.

Rita congratulates her after the trial, and promises Sharon her evidence will help imprison Harvey for a long time.

However, Sharon still fears for her life, and packs her bag, preparing to leave Weatherfield for good.

Marking Father's Day, Summer invites Billy and Todd to the Bistro, but they start to feel concerned when she frequently takes bathroom breaks.

She then makes an excuse to head home early to study, and Billy and Todd are horrified to return to the house and find her collapsed on the floor from a dizzy spell.

They speculate she has an eating disorder, but after another fainting spell she goes to the hospital, where medics diagnose her with type one diabetes.

Summer takes the health condition on the chin and tells Billy and Todd she has learned how to inject herself with insulin to treat her diabetes.

Proud of Summer's brave face, Billy tells Todd he wants to move in together, bringing the family closer than ever.

As Summer comes to terms with the diagnosis, is there a romance blossoming between Billy and Todd?

Unable to hide her feelings, Emma Brooker (Alexandra Mardell) flirts openly with Curtis (Sam Retford) in the bistro, only for Tracy Barlow (Kate Ford) to warn her she needs to play hard to get.

Emma's attitude to Curtis cools, and he's left feeling confused by her behaviour, confiding in Steve McDonald (Simon Gregson) about their friendship.

Steve approaches Emma and asks what happened, only for his daughter to come clean about the questionable advice offered by Tracy.

He urges her to forget playing hard to get and suggests she tell Curtis how she really feels, inspiring Emma to wear her heart on her sleeve.

Sadly, when Emma tries to find Curtis, she realises he's with a glamorous woman, and immediately jumps to conclusions.

Is Emma too late to strike up a romance with dishy newcomer Curtis?

Alina Pop (Ruxandra Porojnicu) buys Curtis' motorbike for Tyrone as a gesture of her love for him, but he's embarrassed when he's forced to admit he failed his driving test.

Fiz Brown (Jenny McAlpine) catches wind of it and continues to mock him, and only for her ex to reveal he's booked them a mediation session to ease their tensions.

However, Fiz is crushed when she sees his new 'T and A' tattoo and assumes the mechanic is going through a mid-life crisis.

The atmosphere changes when they return home to find a police officer at the door, who informs them Tyrone's ex Kirsty Soames has died.

Banding together, Fiz and Tyrone unite to break the news to Kirsty's daughter Ruby, hinting their custody war might be forgotten.

Coronation Street airs on Mondays, Wednesdays and Fridays at 7.30pm and 8.30pm on ITV.