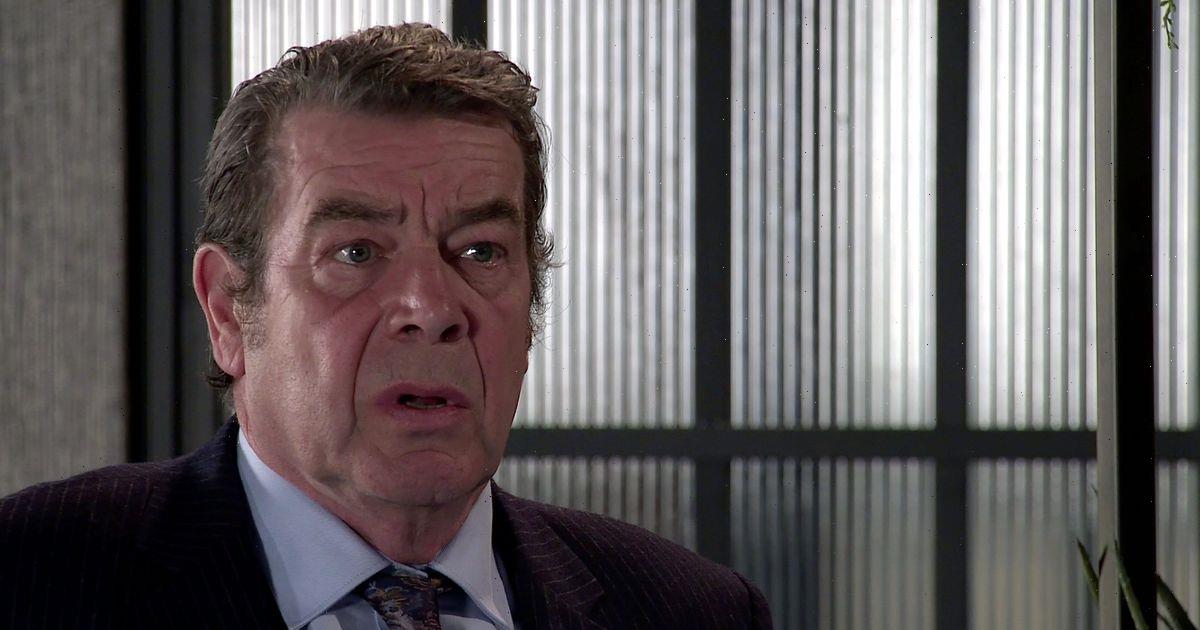 And as fans fear he'll be killed off during this month's super soap week, could Johnny be meeting his sticky end in the sinkhole plot?

Next week, sinkhole contractor Leo pops into the Rovers with a bunch of flowers, but as he approaches the bar he overhears Jenny telling Daisy that she's enjoying her newfound freedom and is done with relationships.

Daisy admires the flowers and admits that it might actually be worth giving Leo a chance – but later discovers the card that accompanied the bouquet and points out that the flowers were meant for Jenny, not her.

It's clear Leo fancies Jenny, and she's flattered when he invites her out for a drink.

Meanwhile, Johnny confesses to daughter Carla that he feels like his life has lost all purpose, and is thrilled when she offers him a consultancy job over at the factory.

Johnny's busy chatting up an old business contact at the Bistro, but is left picking his jaw up off the floor as he spots a glam Jenny walking in with Leo – but how will he react?

Later, Leo continues to flirt with Jenny, informing her that he finds her a lot more attractive than Daisy. Johnny pops into the Rovers looking to have an intimate drink with his ex – only to find her once again entertaining Leo.

A loved-up Leo finally spends the night with Jenny and sets off to work the next morning. Beth watches on, intrigued – and, back at the factory, Johnny overhears her slagging him off to Carla.

She suggests he's finally past it and not up to the job, leaving him feeling useless once more.

Later, Carla finds Johnny in the Rovers, nursing a pint, and he tells her that Beth is right, she doesn't need his help to run the factory.

Johnny finally admits that it's time he sets off for pastures new – but the super soap week first look has left fans concerned that Johnny's talk of leaving could see his character brutally killed off.

Johnny ends up down the sinkhole with Jenny after she sets off to search for Leo – and the water is rising.

Corrie producer Iain MacLeod has already vowed that one character will be killed off during the stunt week, admitting: "We have a big stunt planned that will centre around the sinkhole in the Platt family’s back garden. And that will result in a death.

"It is going to be classic Corrie. It will be tragic, but it will also be warm and funny."

Turning to social media, devastated fans flocked to the comments section to air their worries that Johnny could be the one meeting his end in 'Horror-nation Street'.

One fan theorised Johnny would be killed off, explaining: "There's a scene with him and jenny under water seems an obvious one as there's not much further to go with his character."

"I think Johnny too," someone else echoed, as a third fan followed up: "I read Johnny was supposed to leaving a while ago so maybe him."