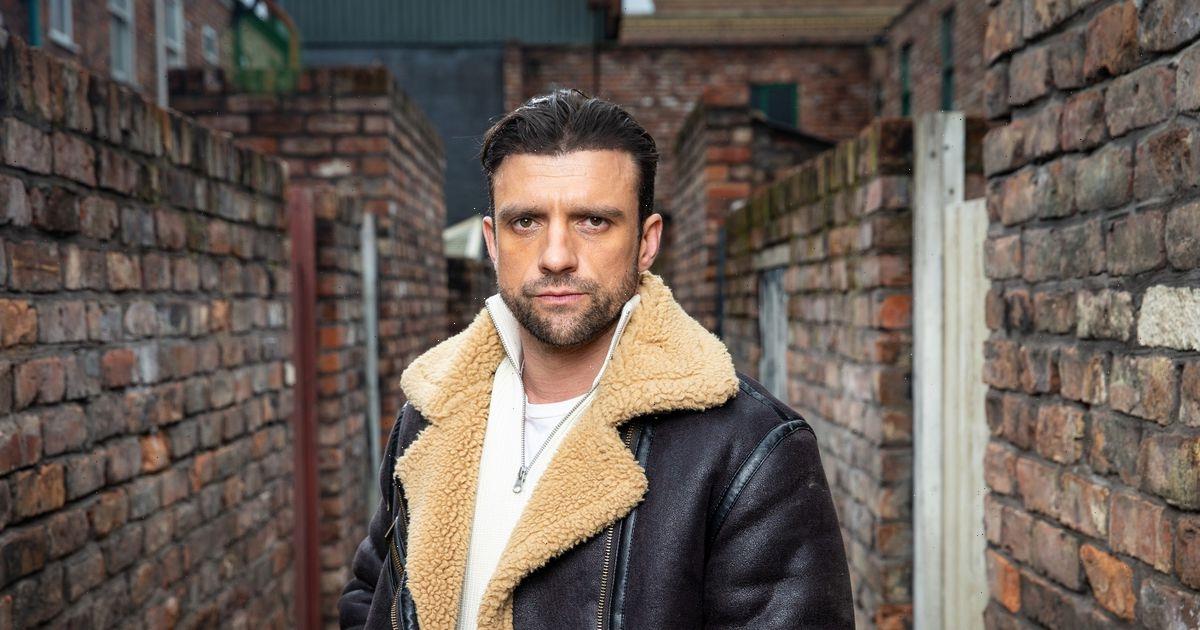 Coronation Street fans think they already know what Jacob Hay's father Damon is up to after he arrived on the cobbles.

Amy and Jacob were rudely introduced to Damon, with Amy later begging her boyfriend to go and reconcile with her father before he ups and leaves.

Jacob told his dad how his drug dealing uncle Harvey broke his legs and left him in hospital when he tried to escape the industry, leaving fans devastated as he warned him to back off.

He told Damon: "If they knew Harvey was my uncle, it would all be over."

Damon insisted that as Jacob's dad, he never wanted harm to come to his son. But fans think a clue in Damon's name could hint at his sinister motive.

As another agreed: "Jacob looks scared of Damon every time he sees or mentions him. I think Damon was abusive towards his son."

"I wonder if Jacob was abused by Damon?" a third fan wondered, while someone else said: "Jacob’s evil and villainous dad Damon arrives. I really don’t like him."

Another eagle-eyed viewer echoed: "I wonder if Damon is in cahoots with Harvey in prison – perhaps helping to release him maybe."

Somebody else suggested Damon could set his sights on Amy's mum Tracy, suggesting: "Imagine if Damon tried to woo Tracy!"

Another dismissed it, however, saying: "Damon with his false promises – I hope Amy isn't caught in the crossfire. Tracy would have Damon's blood if this is the case." Later in the episode, Damon agreed to go back to Ibiza if he could make it up to his son first, but Jacob looked very uneasy when his father suggested going out for lunch.

As for actor Ciaran Griffiths, it's not his first rodeo on the cobbles.

He played Dean Sykes back in 2000, who took the local supermarket Frescos hostage before being shot dead.